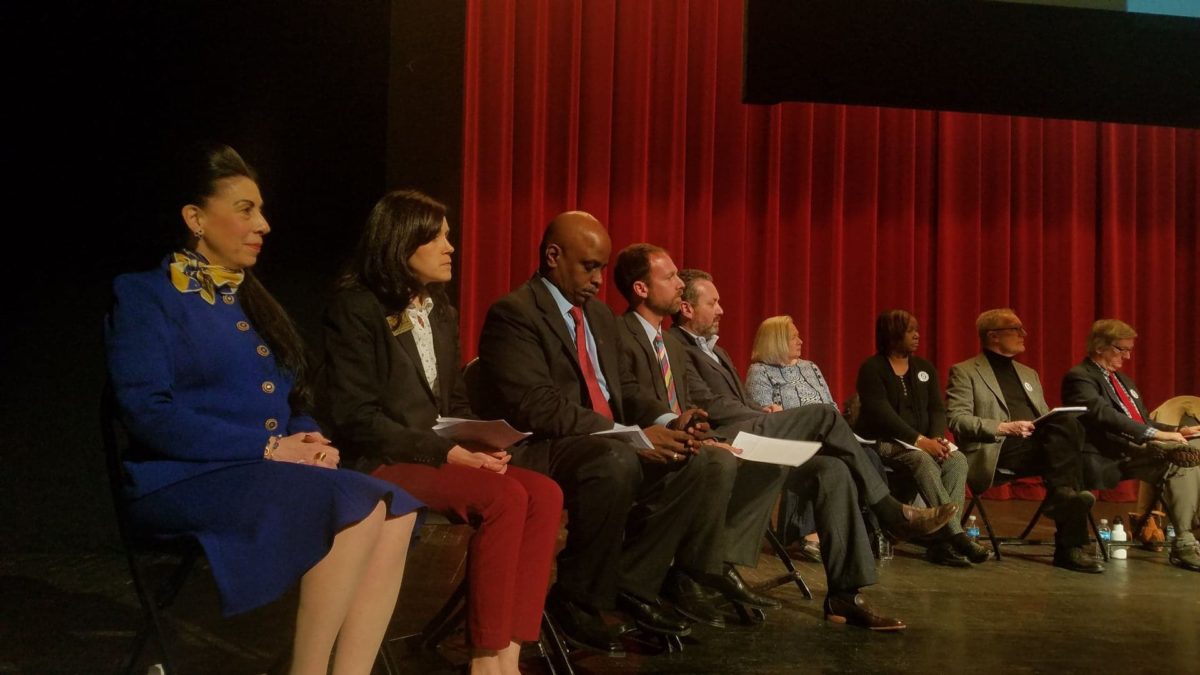 Mayor Greg Fischer’s office has projected a $65 million budget shortfall by 2023 due largely to rising employee pension costs. In order to fill the gap, Fischer proposed tripling the insurance premium tax. A council committee approved a compromise measure — gradually doubling the insurance premium tax from 5 percent to 10 percent on lines other than auto and health, and $15 million in city budget cuts. But Metro Council voted down the plan and now they will move forward to cut $35 million from the upcoming year’s budget that begins July 1.

Among Fischer’s list of potential reductions is the elimination of general support for the Living Room. During a meeting Tuesday evening, the group Citizens of Louisville Organized and United Together (CLOUT) pressed Metro Council members to support the Living Room.

Chris Finzer, chair of CLOUT’s Mental Illness and Addiction Issue Committee, said the program is vital to Louisville’s infrastructure and losing it would hurt the city.

“The Living Room has been highly successful in providing help to an extremely disadvantaged, vulnerable population — a population which defies easy or quick solutions,” Finzer said.

“To lose it now, just as the program begins to really hit its stride, would be a tragedy for our city.”

The Living Room pilot program started in 2017 under Centerstone Kentucky, offering 24/7 services to people with mental health or substance abuse issues who had referrals from the police, hospitals or other sources. Centerstone officials said the pilot was successful, and then opened the program to the general public in December 2017.

Finzer said the Living Room has become a “totally different program” since then, reporting a 200 percent increase in the number of guests. And 47 percent of guests, Finzer said, have been homeless and mentally ill or addicted to drugs.

At Tuesday’s CLOUT meeting, council members David James, Barbara Sexton-Smith, Brandon Coan, Nicole George and Brent Ackerson said they would advocate for $1 million for the Living Room to be included in the upcoming budget.

But council members also said advocating for funding does not mean they can stop the program from being cut. And although Fischer’s office proposed eliminating money for the program, that could change when he presents his proposed budget to council on April 25.