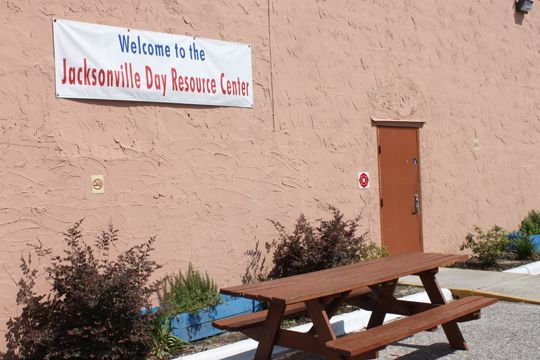 In 2015, the city of Jacksonville closed a downtown homeless day resource center opened during the Alvin Brown administration.

As 2016 began, Mayor Lenny Curry was pressed to reopen the center. And after considerable prodding from ICARE organizers, he attended the group’s spring “Nehemiah Assembly.”

The event was intended to serve as a Come to Jesus moment for Jacksonville public officials… especially Curry, who was expected to capitulate and re-fund the center.

However, the meeting turned out to be a Come to Jesus moment for those who showed up to hear the mayor. The subject? Pension reform, an effort which has been the signature push of this mayor (as was the case with every mayor since John Delaney).

Curry told the group that money was not to be available in the then-current budget cycle.

“Ladies and gentlemen – the money doesn’t exist…. Someone has to shoot straight with you, and that is what I am doing tonight,” Curry said, adding that “brighter days” would be “ahead” if his pension reform referendum passed.

“I will examine the number. I believe in the resource center,” Curry said, adding that “if the referendum passes… I will be supportive of a discussion.”

That referendum did pass, of course, allowing an extension of a current half-cent infrastructure tax all the way out to 2060 to pay for the current $2.8B unfunded pension liability — if unions agreed to close their individual plans, a statutory prerequisite to accessing the guaranteed revenue.

So are brighter days ahead, in terms of a homeless day resource center?

ICARE will renew its push on Monday at this year’s Nehemiah Assembly. Though the mayor will not be there.

The event description from the group: “ICARE will gather over 1750 people at Abyssinia Baptist Church to address community problems with our Sheriff, State Attorney, Mayor and Superintendent. This event will focus on the opening of the Homeless Day Center, increased funding for the Jacksonville Reentry Center, Civil Citations to stop youth arrests and a wealth build strategy that will open a community owned grocery store in Northwest Jacksonville.”

Of course, the Homeless Day Center will be the biggest news coming out of the event — either way.

While a key Curry supporter, Gary Chartrand, emailed the mayor to signal support ahead of a February meeting with ICARE to discuss these issues.

[A typical way of breaking news in Jacksonville: someone sends an email to the mayor or one of his chief staffers, which puts it in public view as media trolls the inboxes for tidbits].

“I support the work of the Interfaith Coalition for Action, Reconciliation, and Empowerment. I am very encouraged that you are working with them to reopen the Jacksonville Day Resource Center,” Chartrand wrote, adding that the center served 150 people a day when it was open.

“I think Jacksonville will be a stronger city,” Chartrand wrote, “when homeless citizens have one place to go to access services like showering, counseling, and job opportunities.”

The normally friendly Florida Times-Union offered a glimpse of the mayor’s pique after that February meeting.

“In a Feb. 6 meeting at City Hall,” claimed ICARE to the T-U, “Curry launched into a 30-minute tirade regarding who would be allowed to take part in the previously scheduled meeting.”

Described as “hostile, aggressive and adversarial,”  allegations are that Curry “threatened to withdraw his support for the homeless day resource center if ICARE went to the press.”

Of course, the press did find out. And Curry’s spokeswoman, Marsha Oliver. called the account “unequivocally false.”

Despite the fractious relationship between the mayor and ICARE, the reality is this: another summer with Hemming Park brimming with people who have nowhere else to go is bad for the city in terms of optics, and will be interpreted by many in the chattering class as an expression of bad faith … especially in light of his statements last year, which implied that the program would get serious consideration after pension reform passed.

Meanwhile, there is a school of thought in the mayor’s office that a homeless day resource center may not be the best use of scarce capital.

The question, in that context: is a relatively inefficient use of fiscal capital worth burning political capital?

The budget process will ultimately tell the tale.