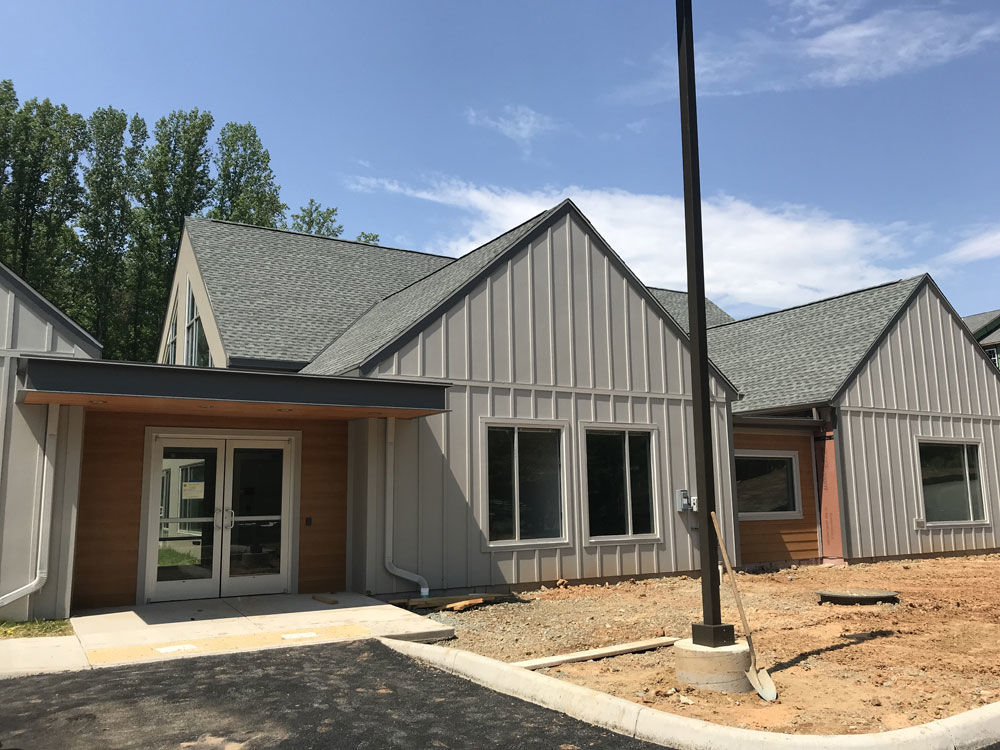 Region Ten, the behavioral health care provider in the region, will see a dream come true early next month, when it will officially open the doors to The Women’s Center at Moores Creek. The new center, just a stone’s throw away from the main campus on Old Lynchburg Road, will focus on the treatment of women who battle substance abuse. To make that dream a reality, Region Ten is asking the community to raise funds to match an anonymous $250,000 matching donation it received recently.

Charlottesville hasn’t seen a facility focused on helping women who battle substance abuse for over three decades. Region Ten is changing that.  Come next month, those women, and their children, will finally have a place to go.

As President Trump already noted in his first few months in office, health care is complicated. As it is in this case. So let’s set the stage.

Thirty years ago, when insurance companies would still cover most of the cost of addiction treatment, facilities dealing specifically with addiction issues where plentiful. Charlottesville, for instance, had several, including the Blue Ridge Hospital, located just off Route 20. Karen Osterhaus, now Director of Development with Region Ten, knows first-hand how important those facilities are.

“I’ve been sober now for thirty years,” she said. “And my insurance covered most of my treatment. Soon after, insurance companies decided to pull out, resulting in the closure of most facilities. Charlottesville ended up with none where women could turn to.”

The Mohr Center, also a subsidiary of Region Ten and located on East Market Street, is a treatment center for men who need supervised drug-free treatment and has been in business, continuously, for many years. For women, however, there was no such place.

That all changed three years ago, when IMPACT Charlottesville got involved, on behalf of Region Ten. IMPACT, which stands for Interfaith Movement Promoting Action by Congregations Together, is a direct action organization, which identifies the root causes of problems facing communities. When a cause is identified, members of 27 affiliated congregations will spread the word in an effort to empower local leaders to take action.

“That worked,” said Osterhaus.” IMPACT managed to get the issue of not having a decent treatment option for women on the radar. That was a very important step.”

As a matter of fact, both the City of Charlottesville and Albemarle County got behind the idea and promised to help financially. Once the center is up and running, they will both contribute $75,000 on a yearly basis toward operational costs.

“The next step was to find the perfect location,” said Osterhaus. That turned out to be closer to home than expected, a piece of land just behind the main Region Ten campus.

Before the work could actually begin, there was the matter of the price tag. The Women’s Center at Moores Creek was estimated to cost $1.7 million. Money that had to be raised.

“We have never done a capital fundraising campaign before,” said Osterhaus. “But this is for a good cause, and so we dove in. It had to happen.”

Without any prior experience of raising money, and with the help of an outside agency, Region Ten was able to raise $1 million by October of last year. “That was enough to break ground,” according to Osterhaus. The Director of Development is grateful that the community came together and has been so generous with their donations. “The community’s support is what’s paying for the construction of the women’s center.”

But, said Osterhaus, Region Ten is still welcoming donations to get the center up and running. “We are not there yet. If it weren’t for the community, the city and county contributions, the margins would make operating the program impossible. The goal is to open the center with the construction paid off. That’s why we still invite folks to donate to this important cause.”

Key to success is raising enough funds to match the $250,000 matching donation from an anonymous donor. Raising that money will prepare the women’s center for long-term  success.  For that donation, Region Ten has raised just under $40,000.

Whatever happens, on June 1st, The women’s Center at Moores Creek will have its public open house. In the next few weeks, Region Ten is expecting to begin receiving its first referrals.

The Center will have 12 suites, and offers the opportunity for women to take their children with them, as long as they are under the age of 5. “We can only accommodate children who don’t have to go to school yet,” said Osterhaus. “But we feel it’s important to keep a family together when we can.”

Addiction is a disease, said Osterhaus, and the Center is open to many forms of addiction. “When we receive a referral, we will immediately make an assessment of what this person needs. When children are involved, we make an assessment of the entire family unit and decide the very best treatment plan.”

The result of that strategy is that each patient will receive a personalized treatment plan, with the goal of full recovery.

Osterhaus is excited that Region Ten can finally offer women who battle addiction a place to go. A place they might even call home for the time they are there. “After not having this in Charlottesville for so long, we know we can offer an important, valuable, and life-saving service.”

On average, Region Ten treats around 9,000 patients a year, operates between 25 and 30 treatment facilities and employs over 600 people.

In October of last year, President Trump declared the opioid crisis in this country a “public health emergency”. And with good reason. Each day, on average, more than 100 people die as a result of an opioid overdose. In his declaration, the President called the epidemic “the worst drug crisis in American history”.

The numbers for Virginia reflect that sentiment. According to the 2016 annual report of the Office of the Chief Medical Examiner, the number of deaths as a result of a drug overdose, rose from 500 in 2007, to well over 1,100 in 2016. That means that per 100,000 Virginians, 13 people die as a result of an overdose.