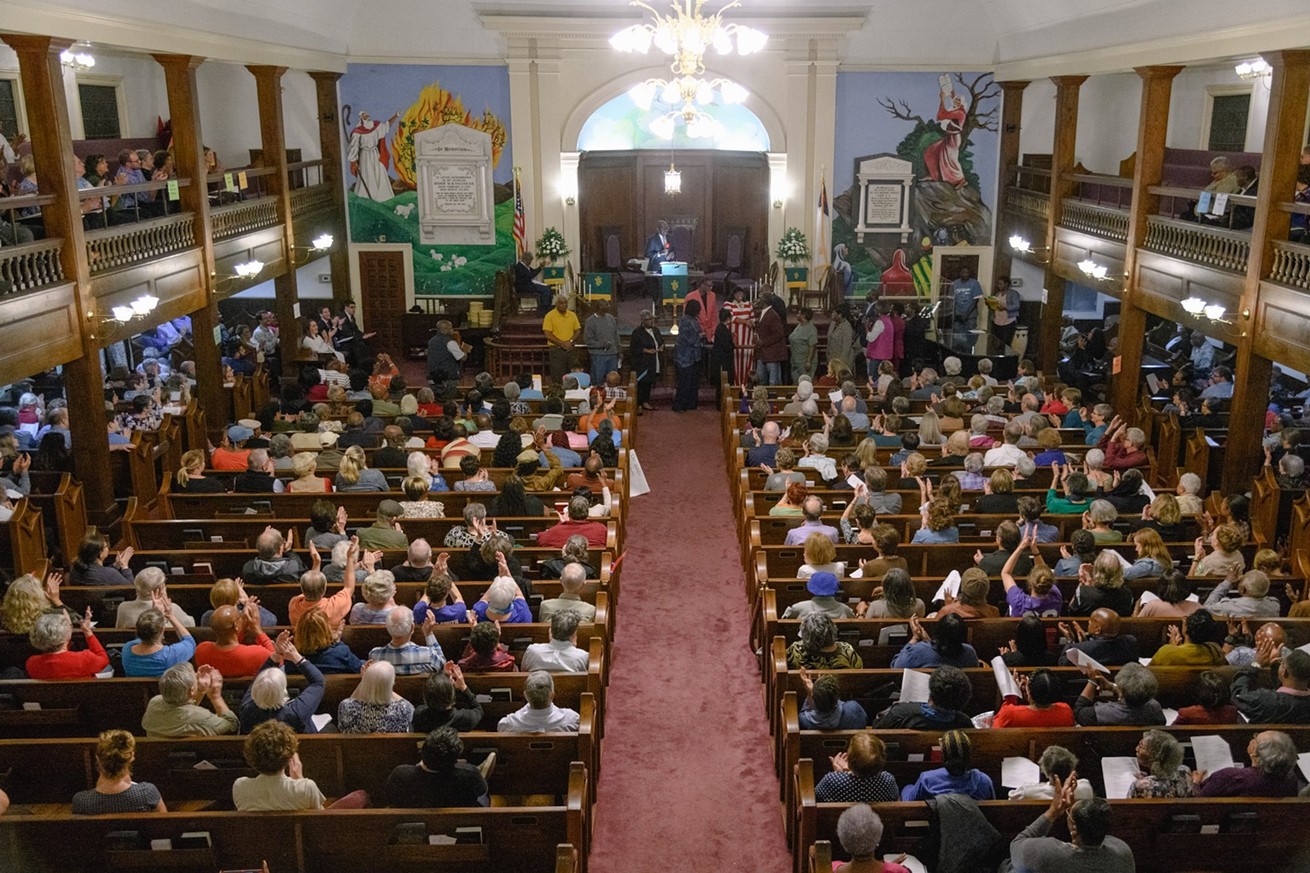 The Charleston Area Justice Ministry will focus its time, resources, and people power on improving transportation in the Lowcountry in 2019.

The perceived lack of accessible public transit came out on top with 221 votes at Monday night’s Community Problems Assembly at Morris Brown AME in downtown Charleston.

Education got second place, with 132 votes. Crime and violence trailed behind with 84 votes.

The three categories were culled from concerns voiced by community members at 84 house meetings throughout the region, according to CAJM member Paige McCormick. The categories are purposefully designed to remain broad, said CAJM co-president and City Paper columnist Jeremy Rutledge.

In-depth research on the failures and successes of the region’s transportation system will begin in December. The findings will be presented at next spring’s Nehemiah Action, an annual meeting where specific improvements are targeted and city leaders are formally courted for support.

CAJM has a history of using its devoted and sizable membership to advocate for progressive change in the tri-county area, usually by directing its members to speak at city council meetings throughout the region and to contact elected officials. At the group’s previous Nehemiah Action in May, officials from the City of Charleston, Mt. Pleasant, North Charleston, and Charleston County agreed to help establish a regional housing trust fund to alleviate rising rents and a lack of affordable housing in the Charleston metro area.

“CAJM is continuing to meet with public officials and allies in this work to get our regional housing trust fund established,” said CAJM member NaShawn Hicks.

Members were reminded that previous years’ issues were still progressing behind the scenes as the group was gearing up to vote on yet another topic.

In 2015, the group voted to focus on racial discrimination in policing. They voted for the same issue a year later.

In 2017, the Ministry was key in convincing Charleston City Council and Mayor John Tecklenburg to fund an independent racial bias audit of the Charleston Police Department. CAJM members drafted a scope of work for the potential study. A city committee has since voted to award a contract for the study, which will be based on CAJM’s guidelines, to CNA, a research firm located in the Washington, D.C. area.

The committee is still in the process of negotiating CNA’s contract, according to city spokesperson Chloe Field.

“I remain a big supporter of this effort and look forward to it getting underway,” said Charleston Police Chief Luther Reynolds, speaking from a lectern at the front of the church.

Field could not immediately confirm if other city officials attended Monday’s meeting.

Monday’s vote for transportation followed testimony from Donna Kinsey, a 71-year-old member of St. Patrick Catholic Church on St. Philip Street. She said that after the Charleston Area Regional Transportation Authority reconfigured its routes two years ago, the closest bus stop to her Wagener Terrace residence is now a long and arduous walk away.

“You may be thinking, ‘Walking a mile or a mile-and-a-half isn’t too far.’ Well, I thought it wasn’t too far either,” she said to laughs from the pews.

In 2016, low ridership numbers led CARTA to shut down Route 21, which serviced Grove Street and stopped a block behind Kinsey’s residence, and combine it with Route 102, which stretches from MUSC to Cosgrove Avenue in North Charleston, according to CARTA spokesperson Daniel Brock.

Additionally, Route 20, which offers service nearby on King Street from Columbus to Heriot streets, is currently fare free, CARTA says.

Kinsey lives with her granddaughter, who lets her use her car to buy groceries or go to the bank. Still, she says she’d prefer to get around on her own without depending on the generosity of her family or her neighbors.

“I know my life would be richer and more fulfilling with a stronger bus system,” she said. “A city this size should have a reliable bus system so that seniors like myself don’t have to become immobile and disconnected from the people and activities we love in this city.”

Brock says that lack of funding remains the biggest obstacle for the region’s transit system.

“CARTA leadership understands that decisions impacting service, which are very difficult to make when they arise, affect people in the real world,” Brock said in a statement. “Greater investment in the system, from both the public and private sectors, would translate into wider coverage and increased frequency of service, which are keys to successful transit.”