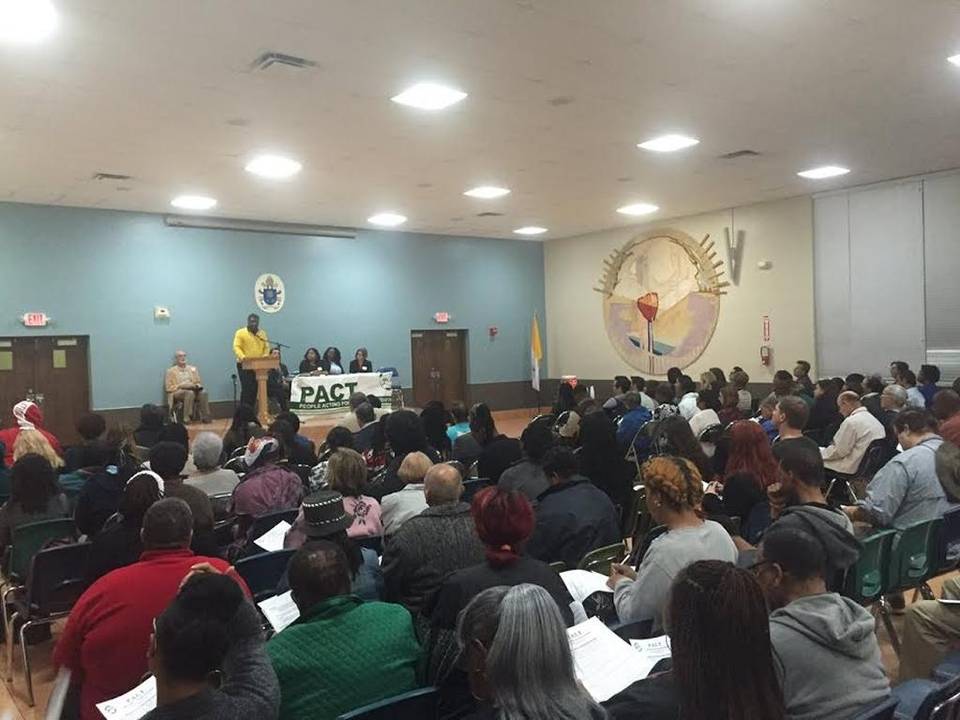 Jose and Andrea Irias’ goal is to move out of her mom’s house, have their own place and raise their 17-month daughter.

But the couple, both 23, say that even with Jose working full-time and Andrea doing freelance photography, their salaries aren’t enough to cover rent in Miami-Dade County.

“We’ve looked everywhere,” said Andrea Irias. “The cheapest place we could find is $1,000.”

After hearing about a housing workshop being held Monday night at the Cathedral of St. Mary of the Archdiocese of Miami, 7485 NW Second Ave., the Iriases thought they might get some help in navigating affordable housing.

But what they heard: Almost all of Miami-Dade’s housing assistance programs have closed their waiting lists and there is no immediate help available.

The meeting was put together by People Acting for Community Together (PACT), a faith-based group made up of more than 30 churches, synagogues, mosques and universities in South Florida. The group has been working for years to identify problems in the community and address them by reaching out to lawmakers.

Steve Horsford, vice president of development for PACT, said housing has emerged as one of the biggest problems in the county.

“We want people to have an understanding how the process works,” he said. “While the lists are closed now, we are still working to get more money put toward affordable housing. We don’t want people to be discouraged.”

A recent study found Miami and Hialeah are the two worst cities for renters in the United States.

The meeting, the first of two, was broken down into four panels: Assessing public housing, Section 8 programs and vouchers; Finding housing for people who are homeless or have AIDS; identifying affordable rental housing and learning about home ownership.

While most programs are full, attendees left with a list of steps and contacts for help in the future.

Sylvia Boden, 31, is a single mom raising three kids. She works as a paraprofessional at a school and pays about $900 for rent. She said she has a tight budget and lives paycheck to paycheck. Saving for a house is very difficult.

“Money is extremely tight,” she said. “But for someone like me, my options are very limited.”

The second meeting will be held from 7 to 9 p.m. Tuesday at the Church of the Ascension, an Episcopal church at 11201 SW 160th St., and focus on policy.