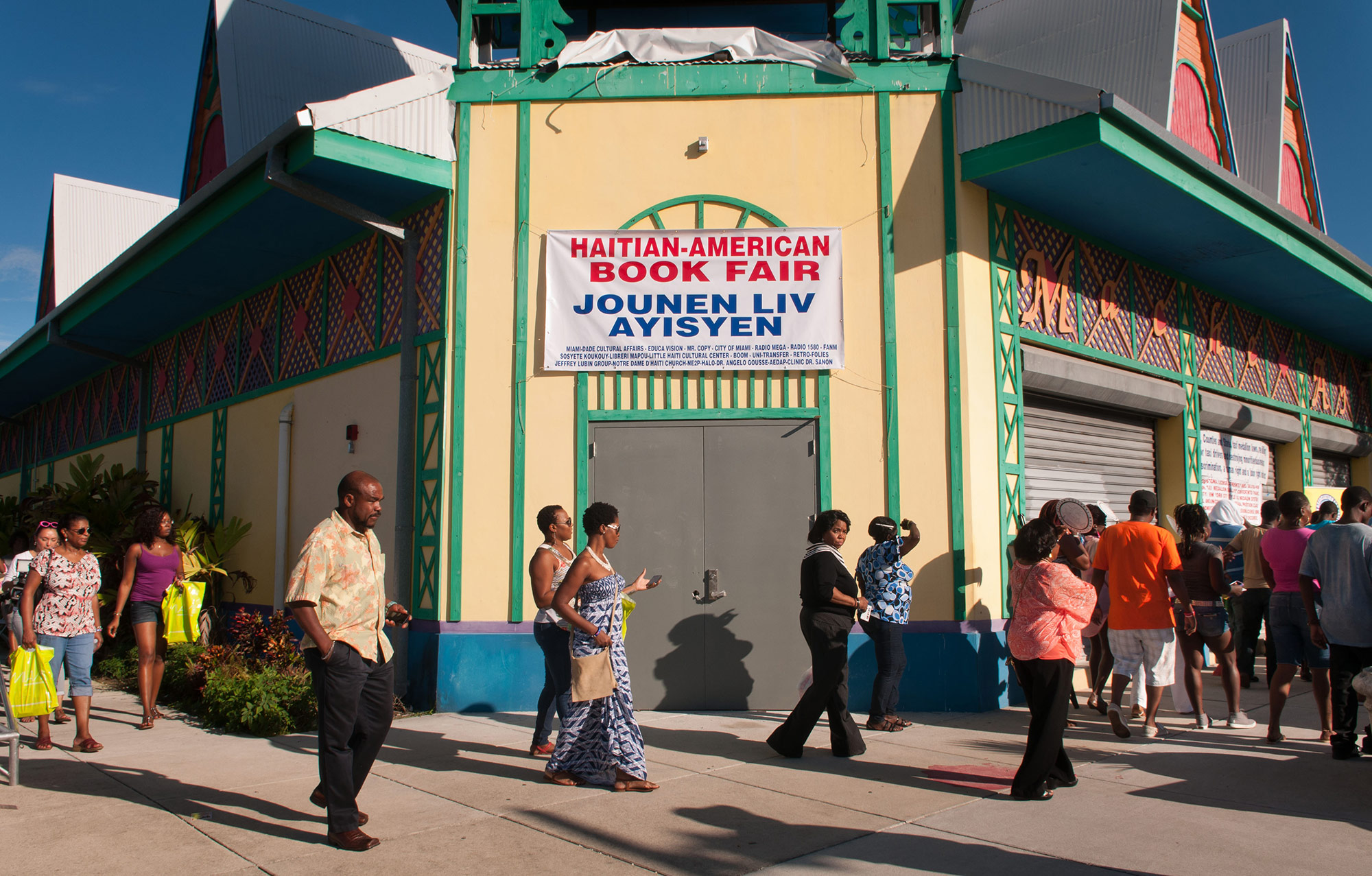 Across Miami-Dade County, organizations like Miami Homes For All (MHFA), Struggle for Miami’s Affordable and Sustainable Housing (SMASH), Miami’s People Acting for Community Together (PACT), and Fanm Ayisyen nan Miyami (FANM), among others, have been instrumental in launching affordability campaigns across threatened and economically distressed neighborhoods. In the process, these groups are lending a voice to many of the Miami working-class communities as the forces of gentrification and luxury development rewrite the region’s urban fabric.

Miami real estate is booming but in all the wrong ways. A recent flowering of luxury condominium development coupled with a surging population and decades’ worth of under-building have pushed rents sky-high. Miami’s growing urban core—especially the neighborhoods of Brickell, Overtown, and Wynwood—are beginning to push past their traditional neighborhood boundaries, destabilizing surrounding communities. According to the 2016 Housing Miami Together report compiled by MHFA, an advocacy group dedicated to alleviating local poverty, Miami has the nation’s highest percentage of rent-burdened households. In response, advocates are pushing for increased development of affordable housing units and for mixed-income and transit-oriented developments across the region.

MHFA held a special housing summit in 2016 that spawned the aforementioned report. The conference led to increased efforts by groups like nonprofit housing developer South Florida Community Development Coalition (SFCDC) and PACT, a direct-action organization made up of religious congregations and groups, to push the county to implement a slate of pro-affordability reforms. The groups were instrumental in getting the county to establish an Affordable Housing Trust Fund that would be used to harness additional resources for new affordable units. The county contributes 25 percent of proceeds from certain county-owned land sales to the fund, which itself dedicates 50 percent of overall resources toward the development of very low– and extremely low–income housing. MHFA also provides Section 8 project-based vouchers through the Miami-Dade County Public Housing and Community Development Department in order to embed Section 8 housing in market-rate developments.

MHFA executive director Barbara Ibarra said, “We treat homelessness as a part of the affordability crisis,” adding that her group is focused on what is referred to as a “continuum of housing” that spans from the market-rate sector to various other income-defined groups, including formerly homeless individuals. Ibarra explained that MHFA is working, broadly speaking, to expand the prevalence of mixed-income communities across the Miami-Dade County area. She added, “It’s frustrating to see luxury development going on without any forethought being put to housing for people who take care of and work in those buildings. [Developers] have not been building housing for them.”

And it shows. A big problem in the rental market due to the apartment shortage has been the rise in slumlord-controlled properties. Adrian Madriz, project leader at SMASH, an initiative within the Center for Social Change, said, “Our organization seeks to smash the slumlords that target Liberty City and Overtown. They are grossly negligent and keep buildings in woeful disrepair.” The group’s program in those neighborhoods has seized properties from area slumlords and converted them to community ownership via a community land trust. The units are ultimately renovated as affordable housing and rent-to-own properties. Madriz added, “People are being priced out of decent living conditions. They’re being forced to live in places with cheaper rents in properties that are in worse repair.”

SMASH is currently working on two housing projects and is looking to develop emergency housing solutions for residents removed from extremely dilapidated or unsafe living conditions. For the latter effort, SMASH is looking to modular, shipping container, or prefabricated building systems to increase housing availability substantially. Madriz explained that certain shipping container designs can be engineered to be stronger than typical Type-V construction, an important consideration in the hurricane-prone region.

Developers, advocates, and city agencies are also working to implement a mix of so-called “2-percent fixes” like density bonuses for inclusionary housing, relaxed parking requirements, and upzoning measures. The measures individually boost housing production slightly and when taken together can make for sizable shifts in housing affordability. Regional partners are using these measures in order to incentivize the development of more deed-restricted affordable and less expensive market-rate units.

Miami-Dade is currently redeveloping the Liberty Square public housing projects in North Miami. Seven hundred existing units will be rebuilt as a 1,500-unit mixed-income, mixed-use community by developer Related Urban Development Group. Alberto Milo Jr., principal and senior vice president, said, “There has been a void in the development of workforce housing within the City of Miami,” adding that too many projects are “being developed with either all low-income or all market-rate units, but nothing in between.” Related’s growing portfolio in the region will include increasing amounts of mixed-income housing to take advantage of new incentives aimed at increasing affordable resources via mixed-income developments. When asked about whether mixed-income developments can relieve pressure on Miami’s historic working-class neighborhoods, Milo explained that they “are essential to the long-term viability of these lower-income neighborhoods, and will give quality housing choices to many working individuals and families.”

Ibarra also supports the idea, and described expanding the inclusion of low-income housing units in transit-oriented development across the city as “very critical”
to maintaining affordability.

In many ways, the emerging mixed-use and transit-oriented trends pit developers and newcomers focused on a vision for a denser, transit-accessible—and, potentially, more equitable—Miami against longtime residents increasingly being priced out of their own neighborhoods. The sentiment led the neighborhood
of Little Haiti on the city’s north end to fight for official city designation as developer Cho Dragon Management and architects Arquitectonica pursue a new
15-acre “innovation district” there. The $1 billion project aims to bring a 30,000-square-foot coworking space, a sculpture garden, and a 15,000-square-foot innovation center to the neighborhood. The problem is that new developers working in the area have taken to branding their projects after the historical moniker Magic City, a designation taken from a time before the neighborhood was populated by Haitian immigrants. FANM, an organization in Little Haiti that works to empower and deliver social services to Haitian women, recently worked to get the Little Haiti neighborhood officially designated by the city. The fear among the Haitian population is that as development moves in, Little Haiti will be wiped from the map.

FANM’s efforts paid off when the city council voted to approve the designation. At the meeting, Marleine Bastien, executive director of FANM, said, “We are elated. Now no one can come and erase the name of Little Haiti. If this decision was not made today, in a few years Little Haiti would disappear.”