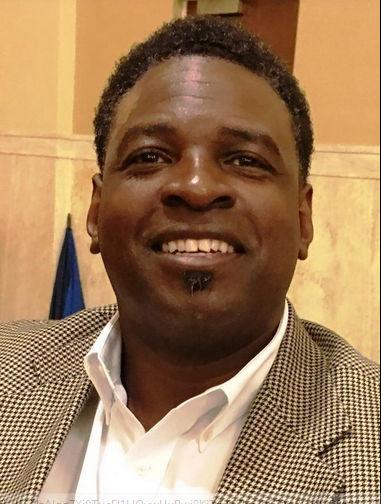 The organization, Polk Ecumenical Action Council for Empowerment, selected the social justice issue it will concentrate its efforts on in the coming year — affordable housing and homelessness. And it reported on the past year’s continuing efforts to improve mental-health services for those cycling in and out of emergency care and on earlier efforts to reduce juvenile arrests.

“During 36 house meetings, more than 250 people gathered to discuss issues they are facing,” said Pastor Eddie Lake, pastor of New Bethel AME Church in Lakeland and the co-president of PEACE. Among 13 issues raised in the house meetings, three were selected for the assembly to vote on to decide the coming year’s focus: affordable housing and homelessness, crime and adult criminal records/re-entry to society.

Congregations caucused, and affordable housing received the most votes.

Mary Hession, a member of St. Joseph’s Church in Winter Haven, reported that three county commissioners — George Lindsay , John Hall and Ed Smith (who is no longer on the commission) — had pledged to support this year’s mental-health action if the citizen voters approved the half-cent sales tax for indigent health care. Although the sales tax issue passed in November 2016, the County Commission has not followed through with funding, she said.

According to PEACE’s research, in 2016 Lakeland Regional Health Medical Center averaged 500 Baker Act commitments a month for people taken into short-term custody under the Baker Act for mental-health stabilization. But after release, half of those patients later cycled back through the hospital. And according to PEACE’s research, Winter Haven Hospital staff reported that 70 percent of their patients do not make it to a follow-up appointment after a Baker Act.

PEACE identified a program, Assertive Community Treatment, that provides comprehensive, 24-hour care after Baker Act releases with 89 percent of adults and 96 percent of children not being re-admitted into hospitals, jails or state facilities, Hession said.

Although Peace River Center presented a proposal to provide an Assertive Community Treatment program for children, it was not selected for funding, Hession said.

However, two programs that did not go through the same process were approved, $2.7 million a year to fund a transition-from-jail program and $3.7 million over three years to help Winter Haven Hospital establish a physician-residency program.

“In September, PEACE sent letters to Commissioners Hall, Lindsay and Melony Bell, asking them to address the funding issue,” Hession said. “We have yet to hear back. We will not give up.”

Pastor Clifton Dollison gave a report on another PEACE project: reducing youth arrests for minor incidents. In 2011, PEACE started advocating for a program that would allow officers to divert first-time offenders into a program that did not create a criminal record.

“In 2016, 610 children were arrested who did not need to be arrested,” Dollison said. “In June, for the first time, 22 children were diverted before arrest for misdemeanor offenses into a juvenile-diversion program.”

And, Dollison said, “over the last five months, we have saved the futures of 190 children.”

The Monday meeting was at St. Joseph’s Catholic Church in Winter Haven. A rally will be held on Feb. 19 at First United Methodist Church to update and energize members about research and proposed solutions. On March 12, the annual Nehemiah Action meeting will be held at a location to be determined with an expected 1,600 people gathering to seek specific commitments from public officials on the affordable-housing issue.