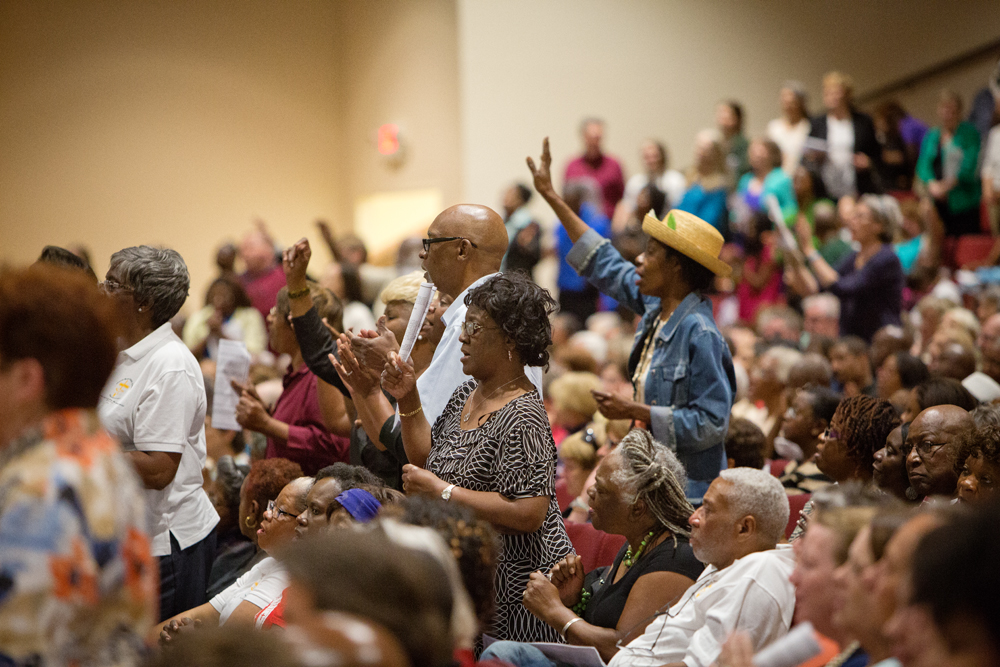 Charleston Area Justice Ministry selects housing as its issue for 2018

Members of the Charleston Area Justice Ministry voted Monday night to select housing as its community-wide issue to tackle next year.

Formed in 2011, the interfaith Justice Ministry is an alliance of 27 Charleston area congregations and organizations that identifies social justice problems and proposes solutions. The Justice Ministry confronts public officials about policy proposals at the annual Nehemiah Action Assembly.

The Justice Ministry for the past two years has addressed racially biased police practices, pushing for independent audits of the Charleston and North Charleston police departments. The nonprofit network has also advocated for changes addressing poor reading levels, wage theft and juvenile arrests.

In small meetings ahead of Monday’s assembly, members heard from residents in the Charleston area who described having to choose between paying rent and buying necessities such as groceries and medication.

Angela Washington, a member of Charity Missionary Baptist Church, shared Monday that she applied for housing assistance in 2011 and waited four years before she was placed at Charleston’s Gadsden Green housing projects. She says she pays $467 a month in rent, which is based on her income earning $10 an hour as a dishwasher.

Washington said conditions at the complex are “horrible,” describing mold that’s forced her to take allergy pills and roaches that find their way into her apartment through the vents, baseboards and cracks despite three visits from an exterminator.

“It’s so bad that I don’t even cook anymore because I fear that roaches are gonna be in my food,” she said. “I’m paying almost $500 for a place I can’t even cook in or feel comfortable, and there’s no way anyone should have to live in conditions like this.”

A Post and Courier analysis found that affordable rental units have been decreasing rapidly across the region for several years, mirroring what’s happening in San Francisco, Seattle and other big cities. The average rent in the Charleston metro area in September topped $1,600, higher than the national average.