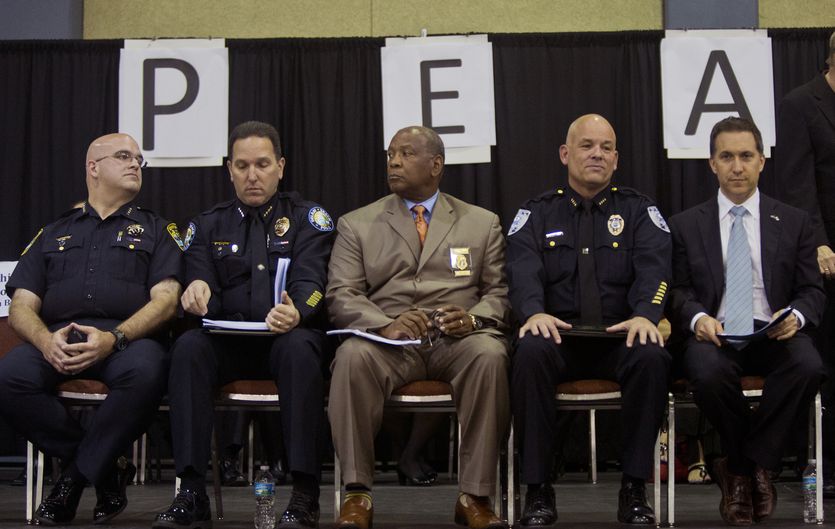 PBC commissioner attendance likely to be slim in 2017 PEACE assembly

About 3,000 are expected to convene at the Palm Beach County Convention Center in West Palm Beach on Monday to show their concern for homelessness, youth arrests, and community IDs.

“The public needs to know about how this is affecting the county,” said P.E.A.C.E. member and Palm Beach Gardens resident, Madelaine Doyle. “All we are asking for is a commitment from commissioners and to hold them responsible.”

The three commissioners attending so far are Melissa McKinlay, Dave Kerner and Mack Bernard. Organizers are still hoping Commissioners Steve Abrams, Mary Lou Berger, Hal Valeche and Paulette Burdick will attend, but they have made no comments yet, Doyle said.

P.E.A.C.E. members are hoping for commissioners to commit to county funding for each of the issues, especially the failed 10-year plan to end homelessness.

“The 10-year goal period has come to an end … and what really bothers us is the lack of what’s been done for homelessness,” Doyle said.

There has been a 73 percent increase of youth homelessness between the ages of 18 and 24, and an estimated 3,700 homeless children in the county, Doyle said.

The effort to fund a community ID program will also be addressed, with the issue that far too many undocumented residents are taken to jail for not driving with a license.

“We are wasting taxpayer dollars putting people in jail for this, and getting support for the program would make a huge impact for costs,” Doyle said.

On the issue of youth arrests, P.E.A.C.E. is asking Mayor Jeri Muoio to make West Palm Beach the first jurisdiction to expand the county-wide “civil citation” program to some children who commit second and third-time misdemeanors.

“Arresting youths on first-time offenses could prevent them from getting future scholarships,” Doyle said.