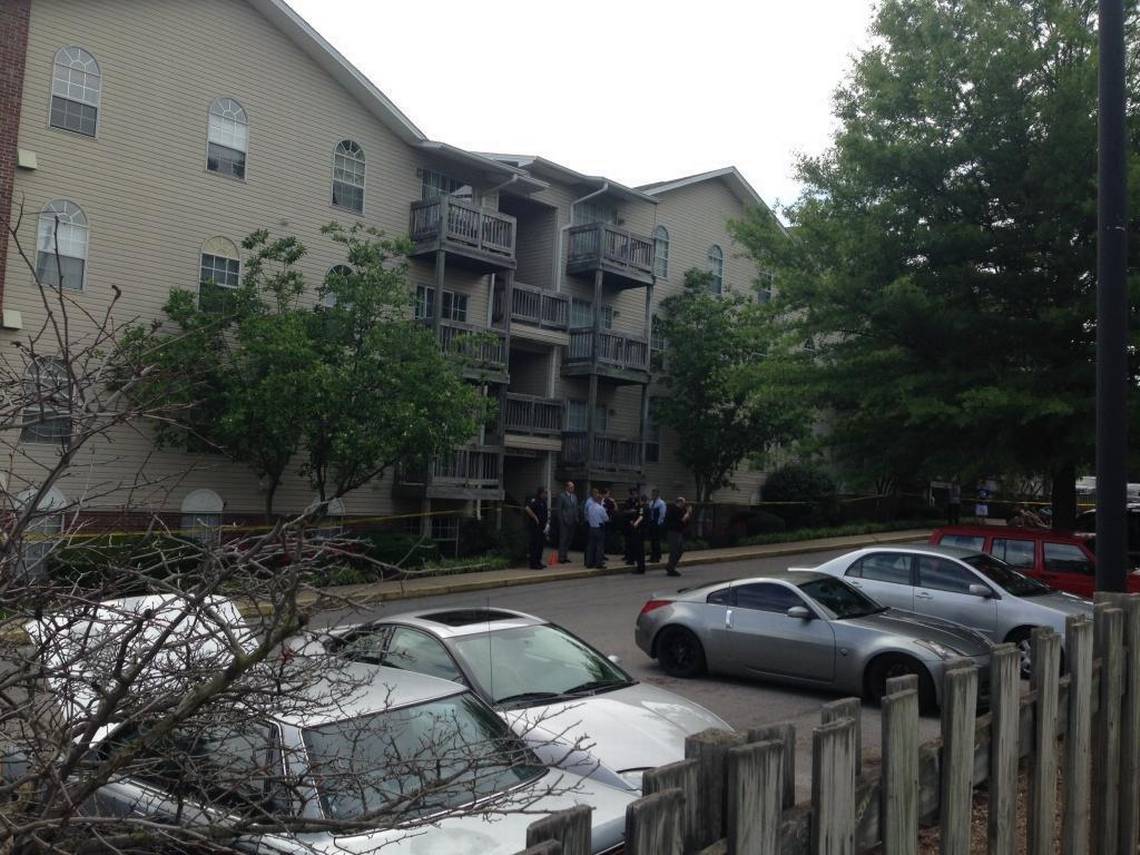 In seven hours, two were dead. What will Lexington do to prevent more bloodshed?

Two fatal shootings in Lexington in seven hours on Monday have caused some residents to fear a spike in violent crime, but police say the killings don’t necessarily indicate a brutal summer ahead.

The shootings Monday increased the murder toll to seven in 2017, the same total the city had by the same date in 2016. However, gun violence escalated, and by the end of 2016, Lexington saw 24 murders, the highest total in 15 years.

“One murder is too many, and we offer our prayers for the victims’ families,” Mayor Jim Gray said Tuesday.

Two men were shot about 3:30 p.m. Monday after a fight in a parking lot at Campus View Condominiums on South Broadway near Red Mile Road. Justin Lee Jenkins, 19, died. Dylan Capps, 20, was charged with murder and assault in the Campus View shooting, and a friend of the shooting victims, Keegan Newton, 19, was charged with wanton endangerment.

Later Monday night, William Cole, 26, died after he was shot on Anderson Street. No arrests have been made in the Cole killing.

The city’s seven murders this year weren’t random, city spokeswoman Susan Straub said Tuesday. One case involved domestic violence, one is thought to have involved mental health problems, and the rest involved illegal drugs, she said. Four are solved, and police are nearing an arrest in two more.

Monday’s slayings prove that violent crime is a problem in Lexington even as the city has devoted more police officers and resources to fight it, said Bryna Reed and Belinda Snead, members of the Lexington interfaith group BUILD, for Building a United Interfaith Lexington through Direct Action.

“As we’ve stated in the past, we need action from the mayor on this problem — not more of the same,” said Reed, who represents BUILD. “That’s why we’ve called for Mayor Gray to consult with David Kennedy and the experts at the National Network for Safe Communities for proven strategies to reduce violence. These strategies have a 20-year successful track record of working in cities around the country, and we need the same strategies in Lexington.”

The National Network for Safe Communities uses what it calls a group violence intervention strategy to meet face-to-face with “street groups” to give them a message against violence, according to its website. Lexington leaders, though, have been skeptical. “It has not gotten results in other cities, according to our research and trusted experts,” Straub said. “And we have tried one of the programs here without success. But we are open to re-assessing.”

“It doesn’t seem to be having the desired affect in terms of what’s going on under the surface,” List said. “Community relations with police could be a lot better.”

He said concerns with drug trafficking and violence have become a specific concern in his parish just in the past three years.

Two shootings Monday — and the accompanying multiple gunshots fired outside during the afternoon — are unsettling, but they aren’t signs of a coming wave of random violence, police spokeswoman Brenna Angel said.

“Crime can be sporadic; we could have multiple homicides in any given month and go several months with no homicides,” Angel said. “The police department continuously looks at crime activity and assigns resources, such as extra patrols or specialized investigative units, as necessary.”

Reports of robbery, violence and drug activity have led to increased patrols in recent months along South Broadway near Red Mile Road, Angel said. In a dramatic example of crime in the area, two men were shot last October during a violent drug-related robbery at an apartment building on Red Mile Road. A few blocks from Monday’s shooting in the South Broadway corridor, Trinity Gay, 15, died last October after two groups of men exchanged gunfire in the Cook Out restaurant parking area.

“We have devoted extra patrols and officers from our Crime Reduction Section, which includes the Violent Crimes Unit and Larceny Crimes Unit, to the South Broadway/Red Mile area,” Angel said. “We thoroughly investigate each case and have been able to make arrests in several of those. As with all investigations, we rely on evidence and witness cooperation to solve crimes.”

Councilwoman Peggy Henson, whose district includes South Broadway and the Red Mile area, said she met with many apartment owners in that corridor more than six months ago and discussed crime.

Henson said she recommended that the group look at hiring private security in a supplement to the city’s extra police patrols. Red Mile Race Track has private security, which has been effective.

Henson said she’s not sure why crime in that area appears to be spiking. “I looked at the reports from this weekend, and there are robberies too, all over the city,” Henson said.

Arnold Campbell, 74, lives on Addison Avenue near where the South Broadway shooting occurred. He has lived in the neighborhood for 45 years and observed problems at the apartments near his home where students and others gather. He said he thinks he knows the cause of the persistent problems.

“It’s drugs, simple as that,” Campbell said. He called the drug abusers the “walking dead.”

Most of the other families have left Campbell’s neighborhood, he said, and now a lot of his neighbors are college students.

“They will do anything to get money to buy drugs,” Campbell said. “It’s everywhere in the state of Kentucky.”

Benita Dawson Dhakal has lived for 10 years in the Speigle Heights neighborhood, which includes Anderson Street, where Monday night’s other fatal shooting occurred. She also cited an increasingly young group of residents as a possible cause for crime in her area.

“The violence is starting to pick up as more and more of the younger generation moves in,” Dhakal said. “There’s more drugs now. I guess they’re getting run out of some areas.”

She is working to improve the Speigle neighborhood watch and to start a nonprofit to address the rise in violence.

The mayor said the city continues “to take a comprehensive approach to curb violence, ramping up both law enforcement and our work to address root causes of violence. My budget proposal this year includes funds for 30 new police officers, a first step toward a Fourth Sector.” Gray also said, “We are moving ahead with plans for One Lexington, which will elevate and sharpen our focus on violence prevention, involving a number of private, public and faith community groups across the city.”

In an effort to build relationships with residents,, and ultimately confront violent and drug-related crime, Lexington police are frequently in schools, have expanded the D.A.R.E. program and have created other programs to at-risk youth, Angel said. They also have used the Coffee with Cops program to help build a relationship with the community.

The next Coffee with Cops event will be 8 to 10 a.m. Thursday at North Lime Coffee & Donuts. Lexington residents will be able to talk to officers about a number of topics, including violent crime.

“We are trying,” Angel said. “We’re asking folks to meet us halfway.”