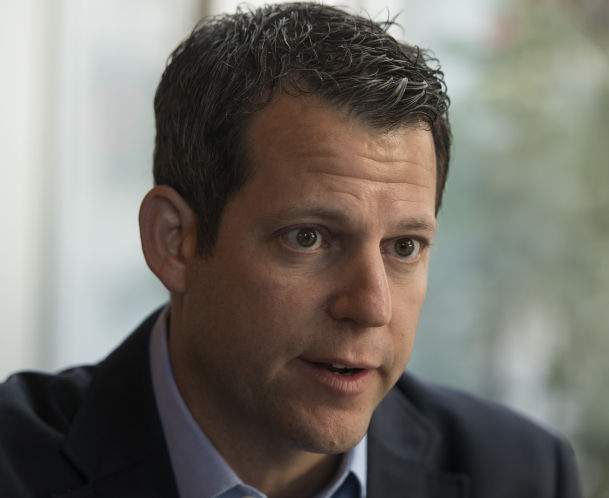 For kids seeking second chances, Pinellas a better place to be than Hillsborough, study shows

When it comes to second chances, one side of Tampa Bay is a better place to be a kid in trouble than the other.

That’s according to a report released this week grading Florida counties on how often they use juvenile diversion programs, which send low-level offenders through counseling and community service as an alternative to arrest.

The “Stepping Up” report — conducted by a St. Petersburg think tank and supported by organizations including the ACLU, Southern Poverty Law Center and The James Madison Institute — named Pinellas County one of the top programs in the state with a 94 percent utilization rate between January and December last year, tied for first with Miami-Dade.

But it painted a bleaker picture across the bay in Hillsborough — and across most of the state — where a rate of 36 percent landed it an “F” on the report’s grading scale and made it one of three counties responsible for a quarter of juvenile arrests statewide.

To explain the gap, law enforcement and court officials pointed to differences in the list of eligible charges and the number of times a kid can participate. The study’s author, Dewey Caruthers of The Caruthers Institute, boiled it down to a philosophical difference between some of the main players.

“Smart on crime instead of tough on crime — Pinellas has absolutely adopted that,” he said. “That’s a polar opposite philosophy on where Hillsborough has been in the past.”

However, the report notes, Hillsborough expanded its program over the summer, adding more charges and strengthening a rule that law enforcement officers must justify why they arrested youths who were eligible for civil citations.

“We were behind the curve,” said Hillsborough State Attorney Andrew Warren, who campaigned on expanding the program before defeating incumbent Mark Ober last year.

Once kids get into a program, they’re handed down community service hours and, in some cases, restitution and counseling. Advocates say the route has low re-offender rates and keeps children from a criminal history that could come back to haunt them when looking for jobs or housing.

In Pinellas, kids can be diverted from arrest through referrals from law enforcement or through screenings at the Juvenile Assessment Center or the court administrator’s office. In general, diversion is open to second- and third-time offenders for most misdemeanor charges. The Sheriff’s Office has its own program that considers some nonviolent, low-level felonies. St. Petersburg also has its own program.

In Hillsborough, youths enter one program overseen by the circuit court through citations issued by law enforcement. Before Aug. 1, eligibility was extended to only about a dozen misdemeanor charges, Warren said. Now, the list includes all misdemeanors except 13 ranging from domestic violence to lewd and lascivious acts to possession of a firearm.

Until last year, Hillsborough had excluded what is considered one of the top offenses in Pinellas’ program: marijuana possession.

Hillsborough Organization for Progress and Equality, or HOPE, a coalition of local religious organizations, took up the cause of expanding civil citations to include the offense.

“It’s not that we support kids using marijuana,” said The Rev. Bernice Powell Jackson, chair of the group’s civil citations committee. “But we also realized kids do stupid stuff and realize an arrest follows them the rest of their life.”

Powell Jackson attributed the holdup to former Sheriff David Gee, who retired last month. Others, including public defenders in both counties and the study’s author, pointed to him as a barrier to broader expansion.

Gee could not be reached for comment, but Col. Donna Lusczynski said his apprehension was over whether Hillsborough had enough support services to handle a higher volume of kids.

“We just didn’t feel there was the proper backing to make the program successful,” she said, adding the new sheriff, Chad Chronister, was supportive of the expansion.

Organizations such as HOPE have pushed the legislature to pass a state law requiring use of civil citations for some misdemeanor offenses to prevent the kind of discrepancy that exists between Pinellas and Hillsborough. A bill filed last December failed amid opposition from sheriffs and prosecutors that it would erode law enforcement discretion.

Pinellas Sheriff Bob Gualtieri, who opposed the bill, said discretion is essential to balancing public safety and forgiveness. In fact, Gualtieri believes that nuance should be reflected in Florida Department of Juvenile Justice data, which was used in the Caruthers report.

“On one side of the bridge, you’re one and done. That is a disparity,” Gualtieri said. “I think there’s room for discussion about that once we have validated information to see how much that’s occurring and how big a problem it is.”

Meanwhile, Hillsborough officials are waiting for their own data to assess the effectiveness of the program expansion and if more should be done. Whether that could include opening the program to more kids depends on who you ask.

Lusczynski said the Sheriff’s Office believes it’s a program for first-time offenders only. Public Defender Julianne Holt said she has “high hopes” it will expand to all offenses allowed under Florida law in the next six months to a year.

Warren is supportive of including second- and third-time offenses but asked for patience.

“Before we expand, we want to make sure this program is as successful as we can be for first-time offenders,” he said. “We don’t want to undermine what we’re doing by expanding too quickly.”