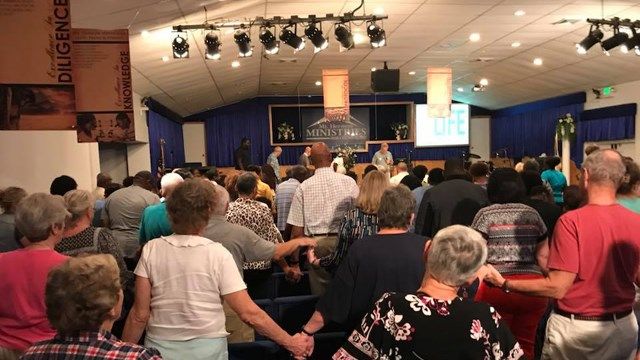 Up to 1,000 people are expected to pack the pews at St. Columbkille Catholic Church Tuesday night for the Seventh Annual Nehemiah Action meeting.

The goal of the meeting is for citizens to confront the county commission and police chiefs from Cape Coral and Fort Myers about keeping children who make minor mistakes out of the criminal justice system.

One local man will share his son’s story. The boy could have been arrested for bringing a toy gun to school, but instead had the opportunity to take part in a diversionary program. Because of that, he was able to go on to play football and graduate.

The community members are also asking the Lee County Commission to put a children’s service council on the November 2018 ballot.

The organization said each commissioner received an invitation in November and over 500 signed requests for them to attend. However, organizers are unsure if commissioners will attend the event.

The community members said that they want to see the initiative go to voters and are frustrated that the commission won’t even discuss it at a board meeting.

The event is organized by LIFE, the Lee Interfaith for Empowerment Inc, a group of 13 member congregations in Southwest Florida. However, over 20 congregations will be in attendance at Tuesday’s gathering.

In the past, the group LIFE has held Nehemiah Actions to confront city and county officials to ensure Fort Myers “banned the box,” a movement to get the checkbox removed from job applications asking potential city employees if they’re convicted felons. They also worked to get county funding for mental health initiatives and to modify the school code of conduct to build more equity.