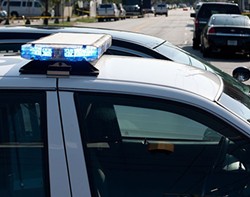 A 15-person committee will hear presentations from three firms interested in conducting a racial bias study of the Charleston Police Department Monday afternoon.

The firms were narrowed down from a list of seven that submitted application to the city’s Procurement Division for a chance at the controversial contract.

The process of how to conduct an independent study of the city’s policing tactics and whether they disproportionately impact minority residents has been fraught with tension. At city council meetings and annual gatherings over the past two years, activists and members of Charleston area’s black community decried the contractor previously in charge of auditing the department as inexperienced and unqualified for the job.

Charleston City Council voted to begin the search for a new company focusing exclusively on racial bias in policing in November. The Charleston Area Justice Ministry, an interfaith social justice advocacy group, wrote the majority of the scope of work that the Police Audit Committee used to field interested firms.

The makeup of the city’s Police Audit Committee is as follows: