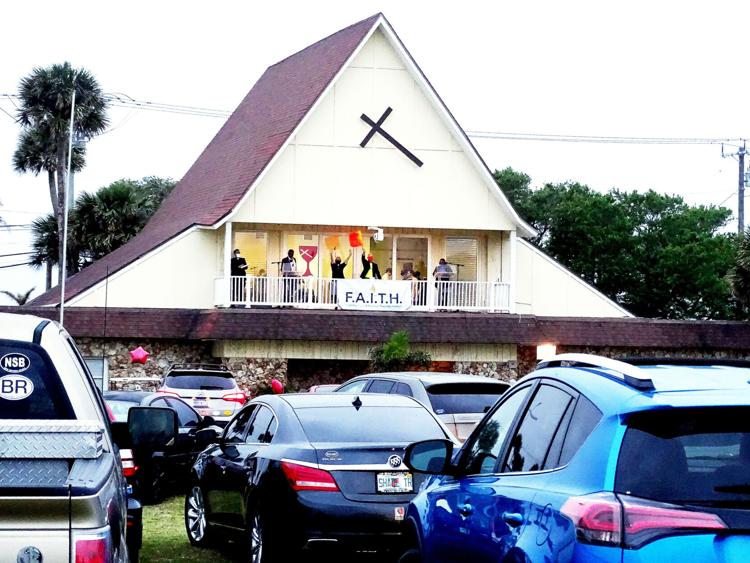 What would Jesus do about civil citations?

A disagreement between a local organization known as FAITH and Volusia County Sheriff Mike Chitwood tipped over into public view last week after Chitwood accused the group of misleading the public about juvenile civil citation data.

Encouraging law-enforcement agencies to use civil citations instead of arresting juveniles, is a key initiative for FAITH, a community organization made up of local churches.

FAITH, using data provided by the Department of Juvenile Justice (the same data The Beacon used when we profiled juvenile justice last year), has chided the Sheriff’s Department for low percentages of civil-citation use, citing a 23 percent rate in the year 2020.

In four separate Facebook posts, beginning March 14, Chitwood refuted those numbers and accused FAITH of deliberately misleading the public, leading to a back-and-forth exchange in the very public sphere of social media.

“It’s unfortunate, but after 15 years of working with the FAITH organization in Volusia County, today our relationship is over,” Chitwood wrote. “I won’t continue to support an organization that misleads the public with lies and misinformation.”

Not counting cases of domestic violence, which the Sheriff’s Office does not issue civil citations for, Chitwood said, 69 of 84 juvenile cases resulted in civil citations, for a rate of around 82 percent.

FAITH quickly countered that the data published by the Department of Juvenile Justice is the only publicly available data on civil citations, and that data indicated a much lower percentage for the Sheriff’s Office.

“FAITH has no access to information about civil-citation usage outside of the DJJ website,” the organization wrote in a Facebook post the morning of March 17. “More information is needed to understand the discrepancy in data.”

Chitwood then posted screenshots of an email from a DJJ official, dated March 17, that said a contractor had incorrectly selected the wrong agency in recording data, and that there were civil citations that should have been assigned to the Sheriff’s Office.

“Many of the youth assigned to the wrong Law Enforcement agency should have been assigned to the Volusia County Sheriff’s Office and we will make the necessary corrections,” Dan Merrithew of the DJJ wrote.

The controversy surfaced at FAITH’s Action Assembly March 22. At the annual assembly, FAITH leaders call on government officials to commit to causes. This year, members of the County Council and city mayors committed to studying affordable housing, and School Board members committed to using restorative-justice practices in schools.

Before the assembly, Chitwood urged other public leaders to also cut their ties with FAITH, which he said used bullying tactics. He had provided the data to FAITH, Chitwood said, but they did not believe him.

“FAITH leaders have known for years that the stats they were using to criticize us were wrong,” the sheriff wrote in the social-media post. “Just a word of warning to my fellow elected officials thinking about participating in next week’s FAITH assembly or any other FAITH meetings. If you climb into bed with scorpions, it’s only a matter of time before they start stinging. I am speaking from experience on that.”

“For the past eight years, we have been fighting for equal access to civil citations in our county,” said the Rev. Wendell Webster at FAITH’s annual action assembly March 22. “As President Ronald Reagan once said, ‘We have to trust, but verify.’”

FAITH leaders said Chitwood had committed to providing quarterly reports to the group since 2018, but had not followed through. Without the reports, FAITH relied on the numbers provided by DJJ.

“We have received only two out of a possible 12 reports in the last three years,” FAITH leader Pedro Dash said. “This gives us no way to know if the data is valid, without being in conversation with local law-enforcement agencies. We are calling for data transparency for our community.”

“Over the last few weeks, this problem has turned into a war of words and social media and in the papers,” Dash added. “We must not let that distract us from the real purpose. We want to keep the focus on the actual children who we are fighting to protect.”

The DJJ’s civil-citation dashboard was down for nearly a full day Friday, March 26. When the dashboard was accessible again, the Sheriff’s Office numbers had changed significantly.

Excluding domestic-violence cases, the DJJ’s data now shows the Sheriff’s Office with a 73 percent rate for issuing civil citations, a far cry from the previous 23 percent.