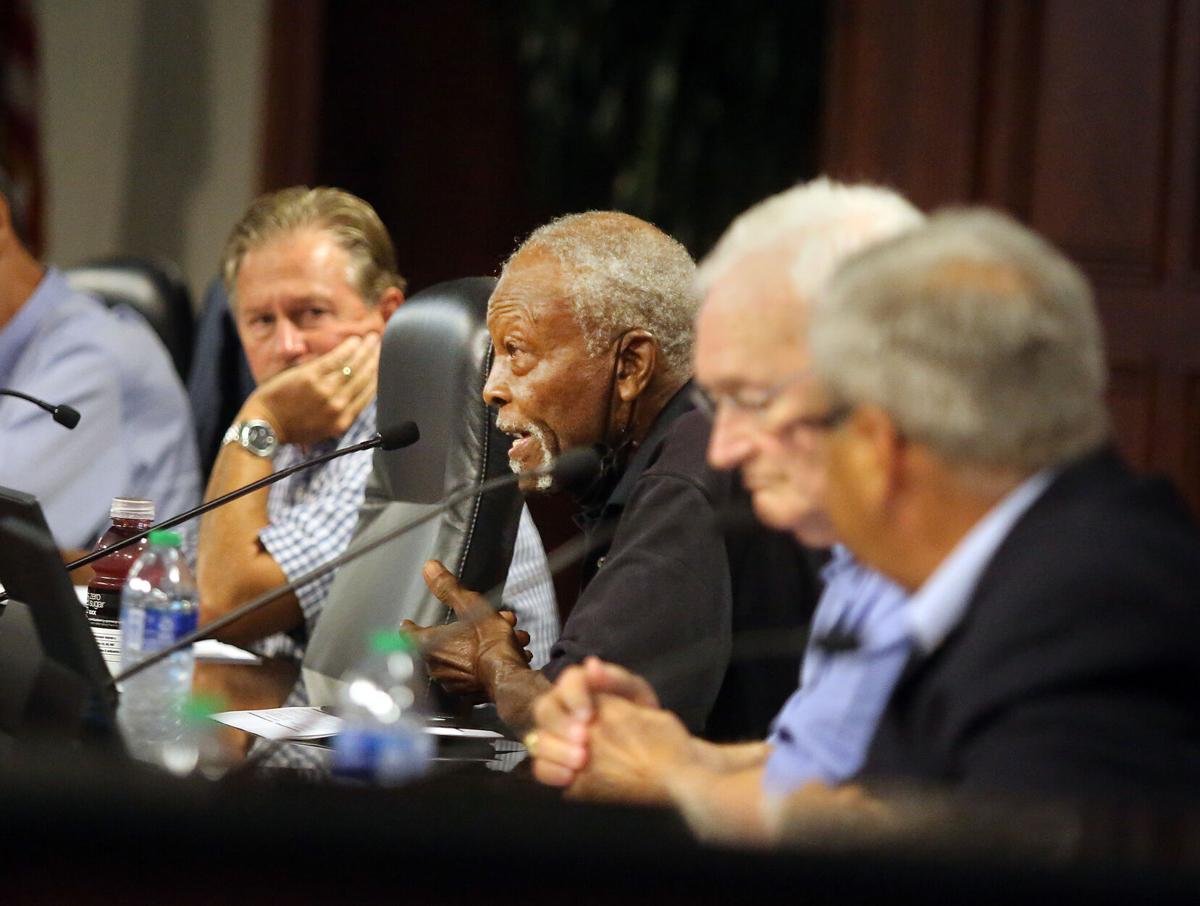 Also, this provided short notice to get the word out to the community.

“The community is not here tonight,” said Councilman Bob King. “We need more of the (community) input. I don’t think we have that.”

CNA’s examination into the North Charleston Police Department’s policies and practices also found not all officers in the agency have embraced the importance of community policing.

The findings are not surprising, as they echo the deeply felt sentiments from those in the city, particularly African Americans, who feel overpoliced, said AJ Davis, president of the Chicora-Cherokee Neighborhood Association.

What did stand out was the that there are officers within the force who haven’t been sold on the concept of community-oriented policing, Davis said.

“That right there is a huge red flag,” Davis said.

“He or she may need to find another job,” Heyward said.

Mayor Keith Summey was absent from the meeting for health reasons. But in a statement read by Councilman Ron Brinson, the mayor said the city has a responsibility to make life better for all its residents.

“We will continue to work to improve relations with the community,” Summey said.

Black people are disproportionately impacted by a variety of policing practices, according to the report.

However, Black people make up the majority of those impacted by a variety of police practices.

Sixty-three percent of the people arrested from 2016 to 2020 were African American, and 36 percent of those people were White.

NCPD does not collect detailed information about all traffic stops in a single data system, instead reporting on stops that result in a citation separately from those that end in a warning.

This makes understanding disparities in traffic stop activity by NCPD difficult since the two different databases can’t be readily combined to provide the full picture of traffic stops by police.

The racial makeup of the police department’s sworn personnel also does not reflect community demographics.

During community listening sessions, Spanish-speaking residents said they had difficulty interacting with police officers because of language barriers and misunderstandings. They said some officers used Google translate to communicate, which did not provide accurate translations or retain nuance of phrasing.

Other key findings include:

The assessment includes a wide range of recommendations to address identified issues, including further analysis of data to identify what practices may be contributing to disparate outcomes for minority residents, hiring bilingual professionals to help translate for Spanish-speaking residents and establishing a community advisory board.

Chief Reggie Burgess declined to comment to The Post and Courier after the council meeting, deferring to Summey regarding questions about the report.

But in a prerecorded video posted to the city’s website, Burgess said the assessment concludes that strengthening relationships will take time, but the community and department are willing to work toward that common goal.

“I want to address this candidly,” Burgess said. “We have a deep responsibility to protect every person in this city to the best of our ability.”

The report comes amid an uptick in gun violence in North Charleston, a problem that community advocates have been working to address.

Community activist Pastor Thomas Dixon said gun violence within Black communities has been ignored for years as officers have been concerned with other issues, such as pretextual traffic stops.

“If (NCPD) would have done some things then, we might not have what we have going on right now,” he said.

The report uncovered a lack of understanding within the Police Department about what a comprehensive departmentwide community policing strategy means and involves.

But community policing extends further than neighborhood festivities and also includes the department’s overall strategy toward engaging communities that already feel they get disproportionate amounts of police attention, said Omar Muhammad, executive director of the Lowcountry Alliance for Model Communities.

He said North Charleston should consider a program that enables officers to live in the neighborhoods they patrol as part of an effort to strengthen bonds between law enforcement and residents.

“It’s hard for you to overpolice a community you are part of,” he said. “You see these folks in the grocery store.”

North Charleston has long brushed aside calls for an examination of its practices.

The report comes five years after the Charleston Area Justice Ministry called for an audit of the department, sparked by concerns that stemmed from the 2015 fatal shooting of Walter Scott by Officer Michael Slager, who was fired and later convicted of killing the Black motorist following a traffic stop.

The city began real discussions around a holistic view of its department June 2020, with initial consideration to hire the Police Foundation to look into the Police Department.

The decision was withdrawn to instead look at several firms.

Ultimately, the city settled on paying $283,000 to CNA to conduct the audit. CNA had conducted the Charleston Police Department’s 2019 bias audit, which found racial disparities in traffic stops and use of force and uncovered deficiencies in the police force’s training, leadership development, community engagement and other areas.

CNA’s project team will present its findings at community meetings scheduled for July 21 and July 22.