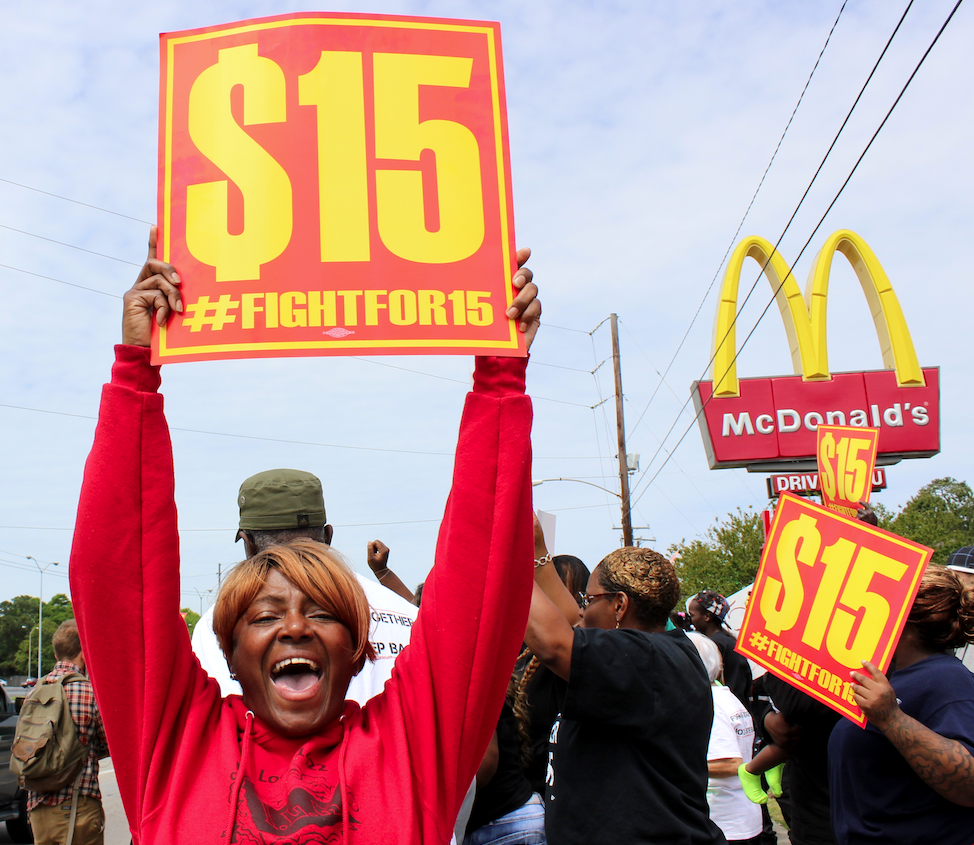 Charleston 2019 Budget Should Include $15 Per Hour Minimum Wage, Workers Insist

Charleston City Council’s regularly scheduled December 4 meeting appeared almost a feeding frenzy as Mayor John Tecklenburg and councilmembers discussed the city’s 2019 annual budget. The mayor is proposing a nearly $223 million operating budget and several entities seeking municipal funding are in line for a share. They include a group that wants the city to increase the minimum wage for its employees to $15 per hour.

The proposed budget already includes funding for a cost of living wage increase, but several groups that include Charleston Alliance for Fair Employment, Charleston Fight for $15, South Carolina Poor People’s Campaign, Healthcare Workers United, Democratic Socialists of America, Charleston Chapter, The Coalition—People United to Take Back Our Community and Charleston Progressives think the increase should go to $15 per hour.

In a November 15 letter to the mayor and council the group wrote, “We applaud you for reviewing the minimum wage for city workers. We believe, however, that anything less than a $15 an hour minimum wage would be inadequate.

“For nearly five years, hundreds of low wage workers and community members have been organizing with the Fight for $15, a national campaign advocating for a $15 minimum wage. As a result of our efforts ten large cities, seven states and hundreds of other localities and employers have raised their minimum wages to between $12 and $15 an hour. The raises have boosted the earnings of many thousands of low wage workers with no adverse impact on employment, according to the most recent and comprehensive study of the increases. We have long argued that the $15 minimum is both an economic good and a moral necessity as a growing number of working people in our region cannot afford their families’ food, housing, and healthcare costs.”

Kieran Taylor of CAFE said the need to raise the minimum wage of city employees is necessary because many city workers can’t afford to live in the city. According to an April press release from the Charleston Area Justice Ministry, the average rent for a two-bedroom apartment in Charleston County is currently $1,037 per month. In order to afford this monthly rent, one needs to earn $19.84 per hour or $41,489 per year. A person earning minimum wage in South Carolina would need to work 110 hours a week, almost 16 hours a day, to afford that two-bedroom apartment, CAJM said.

Taylor said other factors contribute to the high cost of working in the city that include transportation and parking as workers are forced to move further and further from their jobs. “We recognize that gentrification is a big issue and the city is creating more affordable housing. But paying workers a living wage is one of the best anti-gentrification strategies. It’s more than money to pay rent – it’s insurance, clothing – it’s the daily reality of surviving on a sanitation worker’s salary. The $15 per hour minimum wage is more than economically feasible, it’s also morally imperative,” Taylor said.