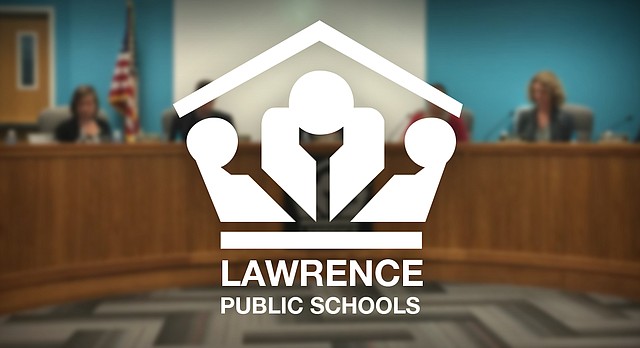 Renewing their earlier calls for transparency and accountability, members of Justice Matters are again urging the school board to consider implementing restorative justice in Lawrence schools.

Gary Schmidt, co-chair of the group’s racial justice steering committee, used Monday’s school board meeting to re-engage the board in a conversation that board president Marcel Harmon said began last spring surrounding racial justice. Restorative justice hinges on empowering students to resolve conflicts on their own through peer-mediated small groups, as opposed to more traditional disciplinary methods.

“We know there’s been a 10-year journey in equity in the district, and the district is to be applauded for that. The problem is that there’s a lot of data that’s not budging,” Schmidt said, referring to well-documented racial disparities in the district that extend to placement in gifted programs, identification as learning disabled, and the severity of discipline doled out to white students and their nonwhite peers.

These are not issues unique to the Lawrence school system, Schmidt said. Pat Petersen, a school psychologist who has led efforts in implementing a restorative justice program at Wichita West High School, co-presented a report on the subject Monday evening with Schmidt.

Since launching the program seven years ago, the urban and widely economically disadvantaged school has seen an approximate 75 percent reduction in expulsions, Petersen told board members.

“It’s heavily researched that the people who are most impacted by decisions — if they are given a voice, regardless of what direction the leaders goes, if they’re given a voice they’re just going to be happier and more collaborative,” Petersen said.

Several Justice Matters members visited Wichita West earlier this spring to gather information about the effects of the restorative practices program at the school, Schmidt said, and they were impressed by what they saw.

Moving forward, Schmidt said, Justice Matters would like the district to keep the public informed of any implementation of restorative justice programs in schools.

The group’s request Monday called for the district and board to meet regularly with Justice Matters and other organizations concerning processes and progress, as well as proactively offering updates at school board meetings. Justice Matters also requested that “people and institutional perpetrators of racism” in schools be held accountable using restorative justice practices.

Harmon didn’t offer any timelines or definitive answers Monday but said conversations would continue. Administrators at Liberty Memorial Central Middle School, Harmon said, have begun looking into the implementation of restorative justice strategies at their school.

“I’m sure they will some provide recommendations to the board of what they want to see, in what format that goes out and how we assess it and evaluate it, and how much community involvement is part of that process,” Harmon said.