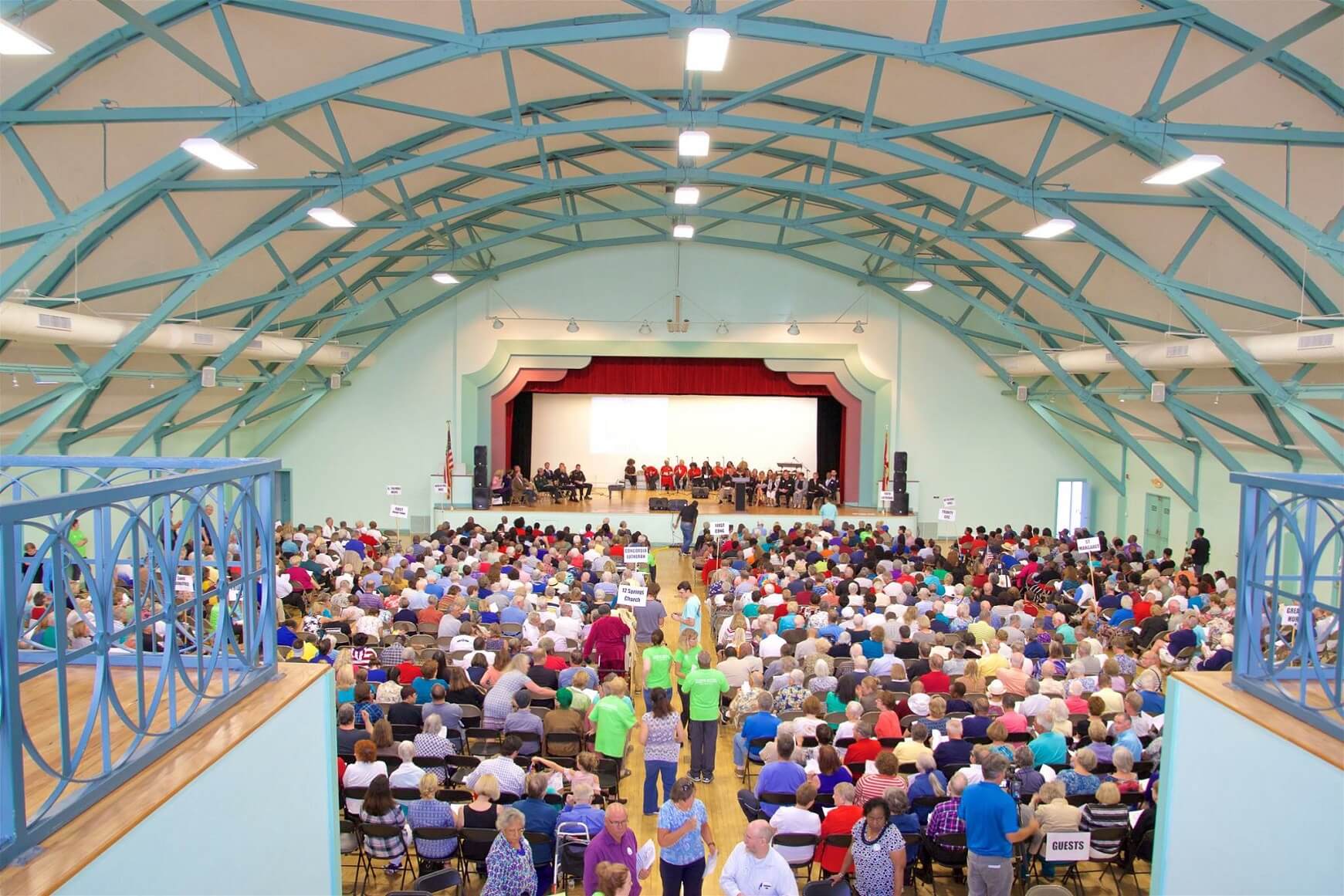 Seidman: Answering to the common folk

SURE’s annual Nehemiah Action Assembly is a cross between church social and trip to the principal’s office. The buzz of affable neighborliness within the packed crowd gathered at the Municipal Auditorium last week floated atop an undercurrent of steely resolve.

Each year the members of Sarasota United for Responsibility and Equity (SURE) — a group of 19 area churches working collaboratively to build a more “God-like” community — congregate for this come-to-Jesus meeting, named for the Biblical figure instrumental in the rebuilding of Jerusalem in the fifth century B.C. following the Babylonian exile.

As Nehemiah assembled his people to counter the actions of unscrupulous leaders feathering their own pockets while reestablishing Jerusalem, so members of SURE come together to hold local officials’ feet to the fire in response to working class constituents’ concerns. Once a year they ask public figures for a “yes or no” reply to action-oriented directives, hoping to move forward their agenda of justice, equity and inclusivity.

“We will call our officials to account as Nehemiah called those leaders to account,” said Reverend Wes Bixby of the First Congregational United Church of Christ. “We may not have high government position or money, but look around … we have a room full of people who are concerned that Sarasota isn’t a paradise for all.”

Throughout the year, SURE members perform research and outreach, lay groundwork, and formulate their demands to invited officials, who’ve been briefed in advance. Since its founding in 1998, SURE’s extracted commitments have had a hand in addressing education standards (grade level reading), crime and drugs (a substance abuse rehab program in the county jail), mental health (a diversion court for homeless individuals with mental illness) and criminal justice (civil citations replacing arrests for youth).

This year’s spotlights on restorative justice in the schools and affordable housing in the city were not new. SURE has been working on the former for nearly a decade and the latter for the past two years. What was novel was that the two officials who showed up — Superintendent of Sarasota County Schools Todd Bowden and City Commissioner Hagen Brody — committed to every supplication. (Bowden’s style was a crisp “Yes, ma’am!” while Brody’s a more stoic “Yes, I will.”)

The charges to Bowden centered on a pledge to provide and monitor training in restorative justice practices to staff in all the county’s secondary schools and five “pilot” elementary schools. Brody agreed to spearhead an effort in the City Commission to establish a $5 million Housing Opportunity Fund in the 2020 budget, targeted to assisting our most vulnerable families.

Over the past few years, SURE has made progress toward its goal of reducing out-of-school suspensions, which disproportionately affect African-American students and amplify dropout rates. But last year Bowden received an uncomfortable total silence — the only permitted crowd response to a negative answer at a Nehemiah Assembly — when he hedged on agreeing to a timeline for full implementation of a restorative justice model.

“Our relationship has evolved, we had to negotiate a bit last year,” he said. “These are difficult issues and change doesn’t always happen from within. We have some great new strategies and I’m excited to implement our commitment.”

SURE’s previous lobbying for a $5 million trust fund to alleviate economic stress on the estimated 15,000 families in the county who spend half or more of their income on housing had fallen on deaf ears. Despite evidence from 800 other cities across the nation that have successfully addressed similar housing crises by establishing such a fund and the city’s own targeting of affordable housing as a “high priority,” no official had yet been willing to champion the idea.

“We’ve heard time and again the city cannot afford the $5 million we’re asking for,” said Reverend Ryan McBride of 12 Springs Church. “However, the city recently voted to spend nearly $20 million on the Bobby Jones golf course renovations. The city has stated affordable housing is a priority, but it is not acting in that way.”

But Brody — who voted against those golf course improvements — said he sees affordable housing as an “infrastructure issue,” with workers who are forced to commute because they can’t afford to live in Sarasota taxing roads and adding to traffic congestion.

“We can either chose to be inclusive and allow the people who make this community what it is to live in the community they serve, or we can choose not to,” he said. “I have made it a mission to make affordable housing a priority.”

Brody also earned applause for showing up at all; he’d postponed a trip to the Legislature in Tallahassee to attend. But Reverend Wayne Farrell of St. Boniface Episcopal on Siesta Key reported that, although they’d received multiple invitations and personal contacts, every county commissioner declined to appear, while city commissioners Willie Shaw and Jennifer Ahern Koch agreed only to alternative meetings.

More than 1,000 residents showed up for this year’s assembly and it was one of the most diverse groups you’re likely to find in this town. With the season and the Legislature in full swing, I’m sure the calendars of public officials are crammed. But given such a ripe opportunity to show concern for the “common folk,“why such a sparse turnout?

Is it because SURE represents the concerns of some of our most underserved and disenfranchised populations? Is it because SURE, despite its nonreligious agenda, represents faith-based organizations that could incur the wrath of God? Or could it be that being held to a definitive “yes” or “no” doesn’t allow enough wiggle room for excuses?

For some reason, it brought to mind an old episode of “Leave it to Beaver,” when Mr. Cleaver (Hugh Beaumont) remains tight-lipped about his son’s misbehavior as Beaver (Jerry Mathers) grows anxious awaiting his response.

“What’sa matter, Dad?” Beaver finally blurts out. “Are you mad at me?”

“No, Beav’,” his father says, smiling. “Not mad. Just disappointed.”