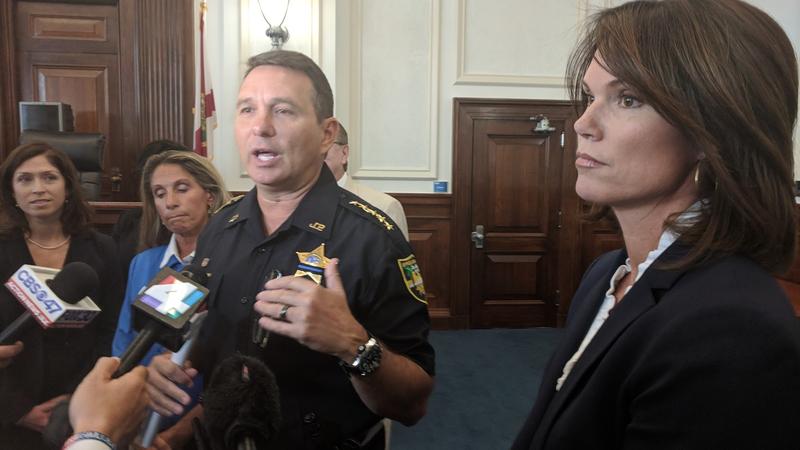 People from more than 38 Duval County religious congregations are expected to come together Monday night to push city officials on criminal justice reform at the Sheriff’s Office, the State Attorney’s Office and in public schools.

The Interfaith Coalition for Action, Reconciliation and Empowerment (ICARE) will be hosting what they call a Nehemiah Assembly Monday night, April 1, at the Abyssinia Missionary Baptist Church, 10325 Interstate Center Dr., from 6:30 to 8:30 p.m. to address transparency at JSO and the State Attorney’s Office as well as discipline at Duval County schools.

“The Sheriff and the State Attorney committed last year to increase their transparency for the people of Duval County,” he said.

State Attorney Nelson had committed to creating a website dashboard by the end of her first term, according to Havens, so ICARE is pushing for her to release a plan by mid-May.

The National Centre for Restorative Approaches in Youth Settings defines restorative justice as “an innovative approach to offending and inappropriate behavior which puts repairing harm done to relationships and people over and above the need for assigning blame and dispensing punishment. A restorative approach in a school shifts the emphasis from managing behavior to focusing on building, nurturing and repairing relationships.”

Despite that prior commitment, Havens said restorative justice practices are only being used in 14 percent of cases in Duval County.

“We would like to see it used broadly across the school system, but also to sort of move to a larger process where it’s not just used where there’s misbehavior but actually in a preventative way, using restorative processes in early stages of misconduct to prevent it from becoming a need to be disciplined,” he said.

ICARE is also pushing for restorative justice training to be extended to everyone who works with children in the public school system, including substitute teachers, bus drivers and cafeteria workers.

Havens is expecting all three city leaders to agree to ICARE’s requests during Monday’s event. “We always negotiate. We’re always looking for a yes,” he said. “But when we don’t get a yes what we do is we push for a reason why they can’t say yes and then we try to negotiate how to get to a yes.”

“With Sheriff Williams and State Attorney Nelson, we’re really just saying, ‘You’ve committed to doing this. Will you follow through and complete that work?’” he said. “Then with Superintendent Greene, obviously she’s new, she’s sort of exploring what the county’s processes are. I think when she sees the effectiveness of these solutions, and standing in front of 1,500 people who will be there tonight, we hope that she will understand that the power of organized people brings a kind of pressure to say yes and to do the right thing for our children.”

ICARE will also ask Superintendent Green to look into Safe and Civil Schools, a data-driven, evidence-based program with goals similar to those of restorative justice.