Citizens of Louisville Organized and United Together

Citizens of Louisville Organized & United Together (CLOUT) is an organization of religious congregations and groups which are working together to solve critical community problems. We are not a service provider, but a grassroots, direct action, multi-issue organization, which has come together to be a powerful force for improving the quality of life in our community.

Presently, 24 congregations and groups with over 10,000 individual members are members of CLOUT. We come from all parts of the Louisville Metro area, and we represent a diverse mix of persons by race, economic class, and religious traditions. 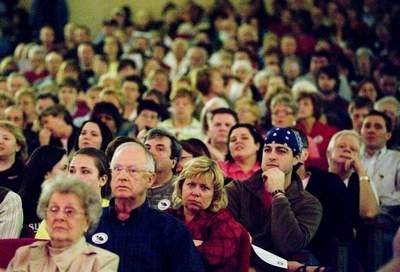 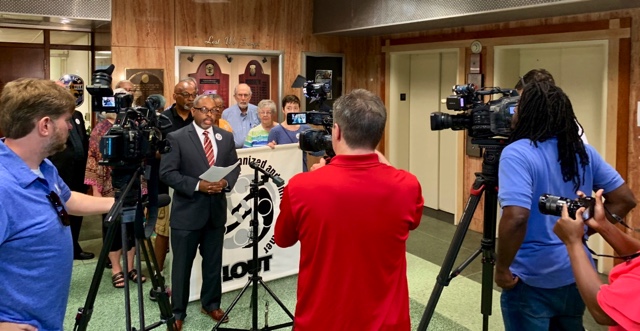 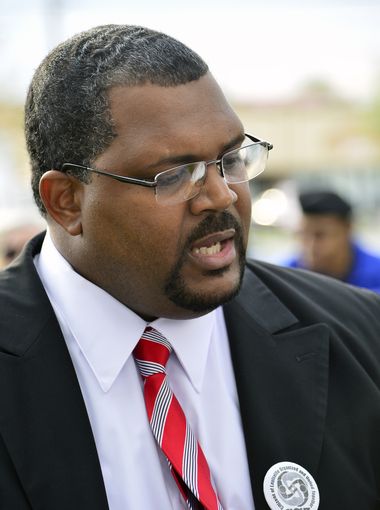 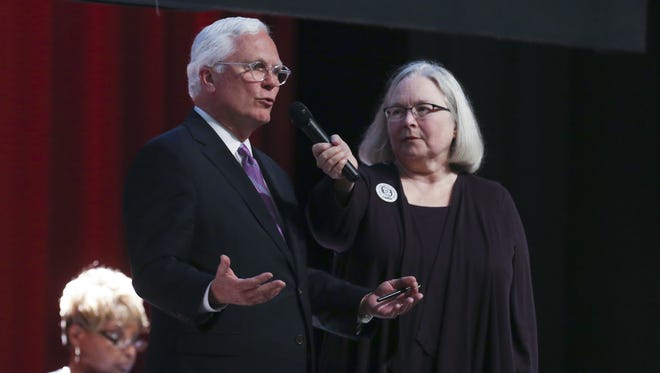 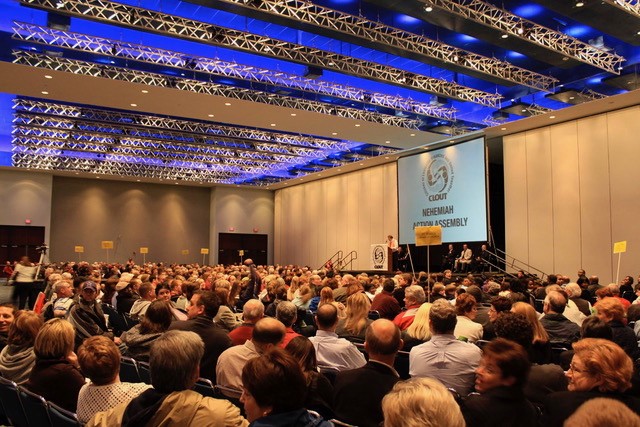 Learn more about our impact in Louisville below.

CLOUT has been working to address Louisville Metro’s lack of affordable housing in a variety of ways over the past 10 years.

At the start of our work, the Housing Authority of Louisville committed to replace one-for-one the 728 public housing units that are being demolished for the redevelopment of the Clarksdale Housing Development, meaning that Louisville will not lose any badly needed affordable housing units.

In 2018, CLOUT got the Louisville Metro Council to approve an allocation of $10 million to the Affordable Housing Trust Fund; the previous year’s allocation of $9.6 million had funded 22 different housing initiatives which resulted in affordable housing for 1100 families. CLOUT has been fighting for full funding since the creation of the Trust Fund in 2008, and is continuing to work for dedicated funding for the Trust Fund going forward.

Last year’s city budget included steep cuts in many areas, including allocating only $5 million for the LAHTF. However, this year we were able to create heightened urgency around our city’s housing crisis, made worse by the pandemic, which has resulted in families being forced into low-quality housing, to lose wages, and to lose their housing. We were able to again secure $10 million in funding for the LAHTF.

In the first year of CLOUT’s campaign to win care, not jail, for people with mental illness and addiction, CLOUT got Louisville Metro Council to allocate $325,000 for a “Living Room” crisis stabilization center in Louisville (as an alternative to jail), and got judges and prosecutors to get additional training in the use of Drug Court. In 2018 CLOUT won for the Living Room an allocation of $1 million for FY 2019-2020.

We have also engaged officials, including a district court judge and the local prosecutor to train more judges, prosecutors, public defenders and other defense attorneys to increase the use of Drug Court. CLOUT’s research revealed that the Drug Court program is only at half capacity, even though it is much cheaper and much more effective than incarcerating people with mental illness or addiction. All parties have agreed to participate in an annual training, which means that hundreds of people a year will be able to find both help and accountability through the Drug Court.

Over the past year, CLOUT engaged in meetings with the Louisville Metro Police Department (LMPD) to improve public safety for citizens and police officers alike by ensuring that LMPD utilizes the department’s de-escalation training and policies more consistently, especially when dealing with individuals who are acting out their health condition of mental illness/addiction. In a victory two years in the making, we were able to announce in October 2019 that new language has been added to LMPD policy and procedural manuals related to evaluating incidents of police use-of-force.

In 2009, CLOUT got Louisville’s mayor and local banks & credit unions to agree to develop an initiative to reach out to the 29,000 unbanked households in the Louisville area by providing more affordable & accessible products and services. Since summer of 2010, when “Bank On Louisville” was launched, with 16 financial institutions participating, over 16,000 persons have opened new accounts, with an average balance of $853 and with 91% of the accounts remaining open.

In 2008, state and local health officials committed to remove barriers to the enrollment of uninsured children in the Medicaid and Kentucky Child Health Insurance Program (KCHIP), with Gov. Beshear eventually committing to enroll 35,000 more, with a total state/federal commitment of $112 million, over the following two years. As the result of these changes, over time an additional 60,000 children were enrolled in KCHIP.

In response to the killing of Breonna Taylor by officers of the LMPD, CLOUT has formed a new Police Issues Work Group to research and develop action plans related to other structural solutions to the improper use of force by LMPD.

As a result of our work, TARC installed 6 bus shelters up and down Dixie Highway where there were none, so that people no longer have to stand out in the rain and snow to wait for a bus.

In 2017, after two Nehemiah Actions addressing public transit access to the 115 businesses and 7000 jobs at the Riverport Industrial Park, officials from TARC (the local public transit agency) and Metro Government won a federal grant for a $3.2 million circulator bus to help workers get and keep good-paying jobs.

In 2010, officials with the JCPS and the local juvenile court committed to implement “restorative justice” approaches for dealing with youth crime and violence, in order to address the “school to prison pipeline.” The resulting program in the juvenile court, called “Restorative Justice Louisville,” uses “family group conferencing” to deal with select juvenile court cases that hold the offender more accountable, allow for restitution, and avoid incarceration. Also, at CLOUT’s request, County Attorney Mike O’Connell committed to discontinue the practice of referring all school-related offenses directly to court without the opportunity of diversion.

In 2016, after a six-year campaign which also won the creation of a district-wide bullying prevention training program, CLOUT won a commitment from Jefferson County Public Schools (JCPS) to begin district-wide whole-school Restorative Practices, plugging the “school-to-prison pipeline;” addressing racial disproportionality; and reducing suspension rates, referrals to alternative schools, and drop-outs. As of 2018, eighteen schools have received whole-school training, and ten additional schools will receive the training in the coming school year. Also, 24 JCPS staff have been trained as certified Restorative Practices trainers.

JCPS developed a program of supervised suspensions, so students on suspension would not be out in the community during the school day getting into trouble and falling further behind on their schoolwork.

Despite setbacks related to the pandemic, Jefferson County Pubic Schools (JCPS), the 27th largest school district in the nation, is moving forward with its plan to implement whole-school restorative practices (RP) in all 150 JCPS schools over the next five years. In spite of COVID-19, which has caused JPCS to begin the academic year with remote learning, they are still including RP in the schools that have implemented it, and several additional schools are being added this year.

In 2014, as a result of CLOUT taking on the issue, the Louisville Metro Council voted unanimously (26-0) to “Ban the Box,” making it illegal for local government, and vendors and contractors who do business with the city, to inquire about a person’s criminal record on an initial job application. Louisville is just the 16th city in the US to adopt such a policy, which opens up job opportunities for ex-offenders and ensures that people aren’t punished twice for mistakes made long ago.

In 2007, commitments from state and local officials made changes that have helped stop the “revolving door” of the criminal justice system, including: (then) Ky. Supreme Court Chief Justice Joseph Lambert doubled the size of the Drug Court program and to provide more training for judges; (then) Ky. Dept. of Corrections Commissioner John Rees created a new training program in drug & alcohol addiction issues for all Probation & Parole staff statewide; and (then) Mayor Jerry Abramson established a new drug treatment program in our local jail.

JCPS implemented the Direct Instruction (DI) reading curriculum in several struggling elementary schools; the result is that thousands of more kids are reading at or above grade level.

CLOUT in the News