Polk Ecumenical Action Council for Empowerment (PEACE) was founded in 2001 when two local clergy, one Catholic priest and one African American Baptist pastor, came together and began voicing concerns about overwhelming problems in the community. PEACE exists in Polk County as a vehicle for congregations to do effective and powerful justice ministry. Currently, PEACE has 24 member congregations that are located throughout Polk County, representing over 20,000 residents and are diverse in their socio-economic, racial, denominational and geographic backgrounds. Congregations in PEACE work together to build relationships with one another, listen to common concerns, research community problems, and then take action to see that systems in the community are held accountable to principles of justice and get to the root cause of serious problems. PEACE also strengthens leadership among minorities, low-income individuals and others suffering from prejudice, oppression, and neglect as it provides an avenue for those who are usually voiceless to take a powerful role in transforming their community.

PEACE currently includes 25 congregations that represent over 20,000 Polk County residents who are ethnically, religiously, and geographically diverse. We are united by our common desire to make Polk County a better place to live, work, and do business.

In August 2022, PEACE held a prayer vigil in Fort Blount Park. Clergy and lay leaders from all over Polk County gathered to urge local law enforcement to increase the use of Civil Citations, a proven diversion tool that has led to a massive decrease in juvenile arrests across Florida. 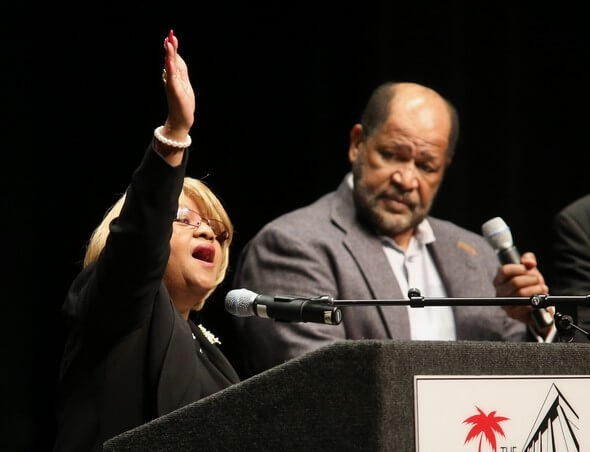 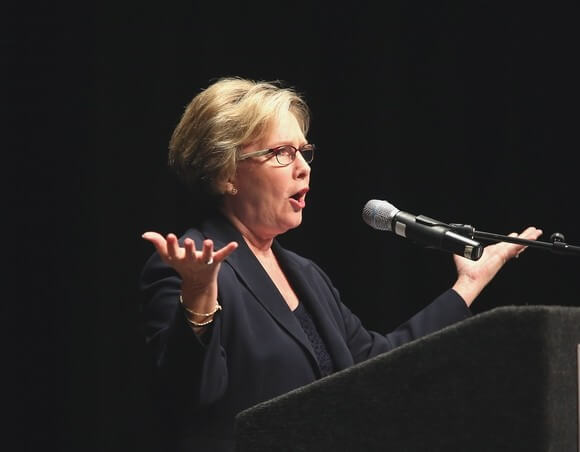 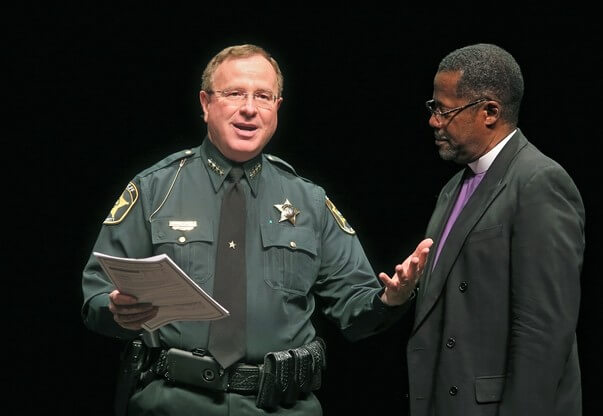 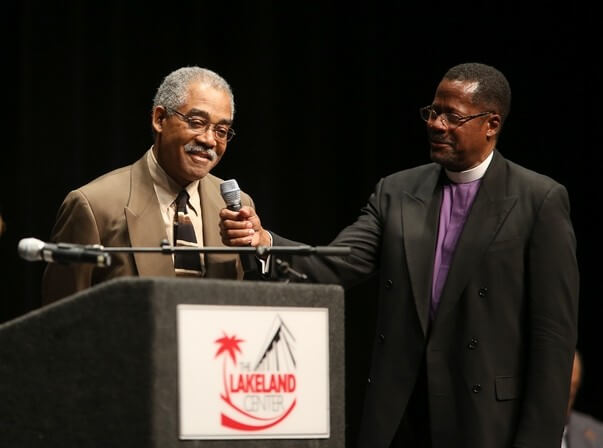 Since PEACE’s beginning in 2001, we have taken successful action on several community issues. Listed below is a sample of some of the issue victories of the organization.

Polk County has the first and third busiest emergency rooms in the state of Florida and there are over 120,000 people without insurance or insufficient insurance coverage.

In 2002, over 200 people attended house meetings. Dozens of people told stories about lack of insurance, waiting 6 hours in the ER, large medical bills, and delaying medical care because of the high cost. After hearing these stories, over 200 PEACE leaders voted to address the problem of access to healthcare. At the time, the county budgeted only four million dollars to provide healthcare for the uninsured. An outside consultant gave the sales tax a 5% chance of passing, but PEACE pastors and members pushed and the tax passed with 62% of the vote in March of 2004.

At the 2005 Action, PEACE received a commitment from county commissioners to open five primary care clinics. To date, all five clinics have opened:

The Winter Haven Clinic opened in May 2011.

Each clinic serves over 25,000 individuals annually who are uninsured or underinsured with primary care, dental care, mental health care, and other health care services.

In November 2016, we successfully pushed for the renewal of the healthcare tax. The $35-$40 million each year will continue to provide health care to over 48,000 people per year for the next 28 years.

Polk County had the highest rate of youth arrests in Florida. In the fall of 2011, 300 people attended house meetings and dozens of people told stories of children getting arrested for minor offenses. One student was arrested for accidentally tripping someone in the classroom. A 6-year-old was arrested for throwing an eraser. Two siblings fighting over an iPad were arrested for domestic violence.

Almost 1,000 children were arrested every year for a first-time minor offense in Polk County. Every year, almost 300 children under the age of 14 are arrested. We found that arrest records are public through FDLE for background checks – making it hard to get jobs, enter the military, obtain college scholarships, and pass licensing boards.The best way to make sure that no criminal record exists is to use proven diversion programs prior to an arrest.

In March 2014, the Superintendent of schools committed to implement best practices to reduce school based arrests and, at PEACE’s urging, Teen Court removed their age restrictions to allow children under the age of 10 access to diversion. School-based arrests have decreased 41% by utilizing non-arrest diversion.

In April 2017, PEACE pushed the State Attorney to write a memorandum of understanding that allows for a protected database at the Juvenile Assessment Center and the Sheriff committed to use it so that children would be given non-arrest diversion. In June 2017, that document was signed by all 17 municipalities and diversion was made available for the first time. Since June 2017, over 3,000 children have received a non-arrest diversion and the county went from a 0% diversion rate to an 83% diversion rate. Since 2012, PEACE has decreased overall arrests by 75%.

In the fall of 2017, 300 people attended small group meetings across the county. Dozens of people told stories about awful housing conditions. A mother was living in her car with her 3 children while she waited on a list for over 2 years to find housing she could afford. Two families were sharing a 3-bedroom trailer – a total of 15 people living under one roof. After hearing these stories, over 300 PEACE leaders voted to address the problem of homelessness and housing.
In our research, we found that more than 5,000 children in Polk County Schools were homeless and 40,000 people were paying over half of their income on housing. A parent must work full-time and make over $21 per hour to afford the average 3-bedroom apartment and every waiting list for public housing is closed – so there is no solution available for working families. All local and statewide experts said the same thing: we need more affordable housing for families. A major source of homeless school children is eviction – parents who can’t afford their rent.
To seriously meet this need, cities needed a strategic plan to secure housing for families making less than $30,000 per year. At our Nehemiah Action in 2019, over 1,400 people got commitments from Mayor Mutz of Lakeland to develop a plan for creating 500 units of affordable housing for families and Mayor Dantzler of Winter Haven to develop a plan for creating 150 units of housing — both to be complete by 2023.
To date, Lakeland has allocated $2.5 million dollars towards developing affordable housing and has created over 150 units that serve families making less than $30,000 per year. In 2021, Winter Haven approved a $1.5 million dollar project that will create over 150 units of new housing for this same income group and plan to use American Rescue Fund dollars towards the development of workforce housing. Both cities are discussing the creation of affordable housing trust funds so that they can continue developing affordable housing for years to come.

Over 40,000 people are addicted to drugs and alcohol in Polk County. 10,000 people leaving the jails every year would seek treatment if it were available to them. However, when we began to look at the problem, there were only 25 in-patient rehabilitation beds and all were reserved for women.

In 2009, Commissioner Bob English and the County staff committed to adding 100 in-patient drug rehabilitation beds to help people break the cycle of addiction. In 2011, 50 beds were opened for men and an additional 48 beds were opened for women in 2012 through the Hope Now program. This program is now called New Beginnings and it is operated by Tri-County Human Services. In 2014, the program served 500 families and had 38 graduates.

Beginning in 2001 and continuing on in the years 2008-2010, PEACE also prevented funding for the in-jail substance abuse program (JASA) from being cut from the budget. In 2014, JASA had 221 admissions for treatment services and 127 men and women graduated the program.

At our 2013 Nehemiah Action, we got the Director of Transit to increase access to bus stops in the underserved areas of Haines City and Mulberry, serving over 1,000 new families.

Want to work for PEACE?