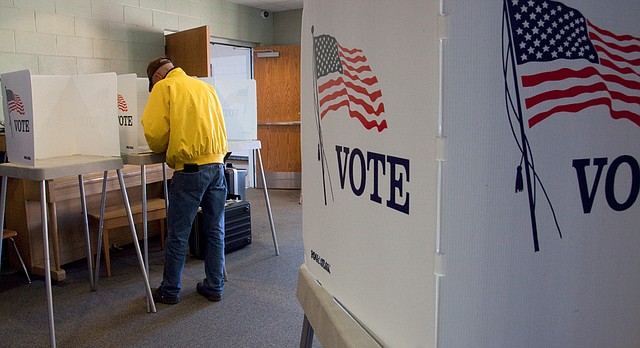 Purple signs with the words “Vote yes on question 3” have begun popping up in Lawrence to support repurposing a sales tax that will more than triple the funding for affordable housing projects.

Katie Sears, associate organizer for Justice Matters, said the shortage of affordable housing has been affecting Lawrence for at least 25 years with little progress toward a solution.

“That really puts a strain on people, and it is something that is putting a drain on the entire community,” Sears said. “So, we really think this is a way to solve that problem, to lift up our community with no increase in the tax burden.”

Justice Matters is an organization that includes representatives from several local religious congregations. The group advocates for local action on social issues such as affordable housing, incarceration and mental health.

Voters will decide in November whether to repurpose a 0.05 percent special sales tax previously allocated for transit expansion. The tax will provide about $1 million annually to the city’s housing trust fund. The sales tax question is the third on the ballot, which also includes renewals of sales tax to support city infrastructure and transit service.

One of the main criticisms of the affordable housing sales tax is that it disproportionately burdens people with low-income and that a more progressive and equitable funding mechanism like property tax would be a more appropriate funding source.

Though Sears said Justice Matters acknowledges that sales taxes are regressive, she said if property taxes were increased to help fund affordable housing, it would further raise housing costs. She also said she thinks voters should keep the tax in perspective, noting that the 0.05 percent tax amounts to 50 cents on every $1,000 spent.

“We can spend more time waiting for a more perfect solution to present itself and in the meantime people are still suffering,” Sears said. “The other thing I would say to that is this is a very small amount of money that we’re talking about, per person, per family.”

The latest Census numbers estimate about 13,000 of the city’s homes and apartments don’t fit the definition of affordable. Those households pay more than 30 percent of their incomes toward housing and utility costs, qualifying them as “cost-burdened.”

Another criticism of the tax has been the lack of a specific spending plan for the millions in proceeds, but Sears said she thinks the city’s Affordable Housing Advisory Board has the expertise necessary.

If the sales tax is approved, it will be in place from 2019 to 2029. The funds generated — about $10.5 million over the 10-year period — would go toward the existing housing trust fund, which AHAB helps oversee by ordinance. The board provides recommendations for how money in the trust should be spent, which will go to the City Commission for consideration.

The three sales taxes are voted on individually and total 0.55 percent. They are projected to generate $116 million for infrastructure, transit and affordable housing over the 10-year period. If not reapproved by voters, the taxes will automatically expire.

The sales tax questions will be part of the Nov. 7 ballot, and city leaders have said the City Commission would have the chance to modify the questions and put them to voters again should they fail.