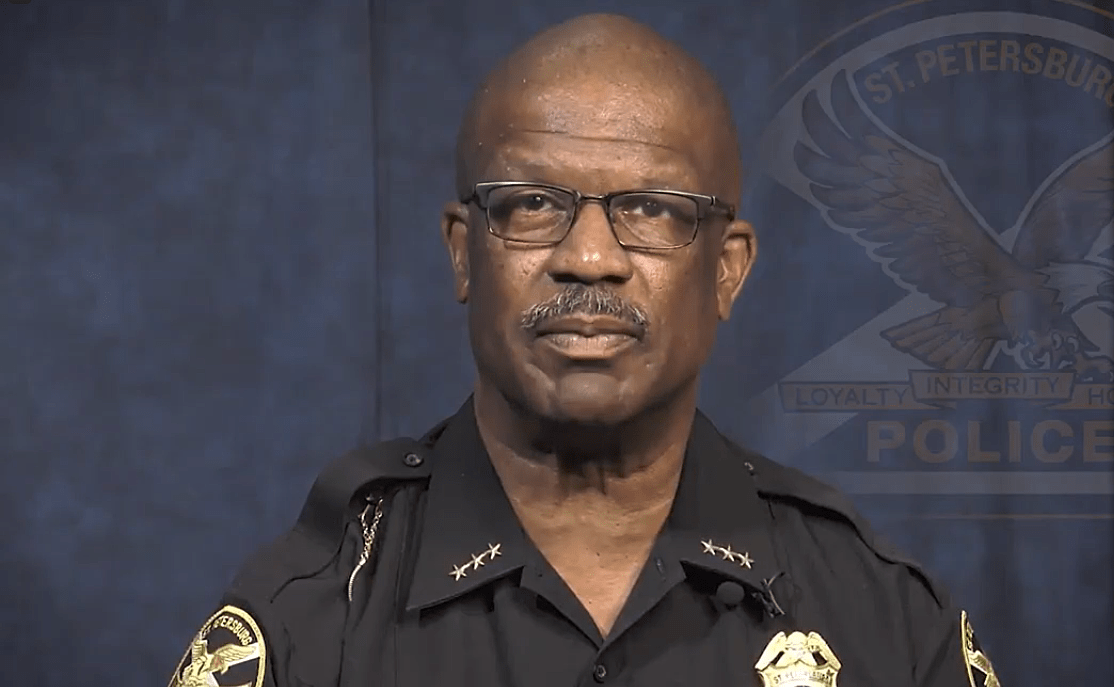 This spring, more than 14,000 faith leaders met at assemblies across the state to call on law enforcement officials to address the problem of over-arresting both children and adults for minor, first-time criminal offenses.

The 11 independent organizations that make up the DART Florida Criminal Justice Collaborative organized a virtual “Call to Justice” meeting Tuesday. Approximately 300 clergy, officials, and community members from around the state attended to recognize state leaders who have worked to stop arresting people for minor offenses such as trespassing, petite theft and driving on a suspended driver’s license or expired tag, and instead are expanding access to civil citation programs.

Pastor Chris Hoffman, of Our Lady of the Lakes Catholic Church, said the program began in 2014 when he realized in one year 13,000 children were arrested for misdemeanor, first-time offenses. Hoffman said that after speaking to their congregations, clergy would hear hundreds of stories of kids getting arrested for “stupid things” – such as the 14-year-old boy arrested for playing with firecrackers on the local playground, which would later cause him to be denied entry into the Navy.

“These arrests brand children for life with criminal records, and limit their future opportunities,” said Hoffman.

Hoffman said that Pinellas and Miami-Dade have led the way on offering civil citations for years, and that St. Petersburg Police Chief Anthony Holloway deserved special recognition for having 100% usage of juvenile civil citations in the last seven months.

State Attorney for Hillsborough County Andrew Warren said that in his first six months on the job that he and other stakeholders established the first comprehensive juvenile civil citation program in county history, “and it has worked.”

“We have to stop the school-to-prison pipeline.”

Reverend Tan Moss, of Greater Grant Memorial AME Church, explained how the problem is just as pervasive and detrimental to adults as well.

“Did you know that if the state of Florida was a country, we would arrest more people than any other country?” asked Moss.

Moss added that when people hear the word “arrest,” they automatically think of dangerous individuals, but the overwhelming majority of arrests are for non-violent crimes. He said that in 2019, the city of Jacksonville alone arrested more than 6,000 people for driving on a suspended license.

“Many of these arrests are due to paperwork problems, or because they couldn’t afford to pay a fine,” said Moss. “In just three counties alone in one year, over 40,000 people were arrested for misdemeanor offenses … it could happen to any of us.”

“Too many people are getting arrested just because they are poor, and this is an offense to our religious and basic moral values.”

To personify and exemplify this problem, three people then went on to share stories of how they were personally affected by being arrested for small offenses as a minor, missing paperwork or not being able to pay a ticket. Moss said that criminalizing poverty is “not unusual, its common.”

Hoffman said that while hearing these statistics and stories can inspire anger and despair, that the night was about hope.

“First, because we are all here together to affirm that this should not be happening in our community,” said Hoffman. “And secondly, because we are joined by sheriffs, state attorneys, police, and local law enforcement leaders who agree with us that enough is enough.”

Hoffman said that one solution is expanding civil citation programs. These are pre-arrests that allow those accused of minor offenses to pay restitution, complete community service and/or receive anger management or drug treatment services. But they do not get a criminal record.

Not only do these people get stuck with a criminal record that could prevent employment for the rest of their lives, but Sarasota County Sheriff Kurt Hoffman said that it is also a burden on the state. He described a young man that was arrested for shoplifting an item worth $1.52, and how it took an officer to make the arrest, a prosecutor, a public defender, a judge, the clerk of the court, and a bailiff just to address this case.

“All these expenses and resources to seek justice for an item worth $1.52 that could be better handled through an adult civil citation program,” Hoffman explained.

St. Petersburg’s Holloway was the last public official to speak at the meeting. He was also applauded for his department’s achievements in preventing unnecessary adult arrests as well.

Not only do St. Pete Police participate in Pinellas County’s adult diversion program, but in February Holloway started a community responder program wherein professional social workers can respond to certain 911 calls instead of police. To date, 350 callers have avoided contact with police because they were handled effectively by social workers that gave people the help they needed.

“I’m committed to not arresting people for minor offenses, because people do make mistakes,” said Holloway. “I am committed to working with faith leaders to expand our adult diversion program.”