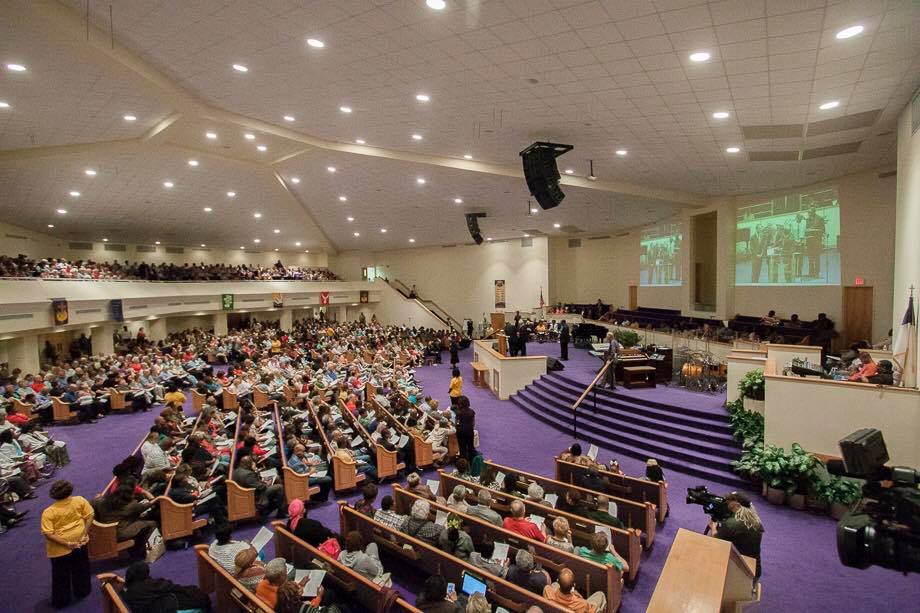 The Interfaith Coalition for Action, Reconciliation and Empowerment, or ICARE, says they’ve been repeatedly snubbed by Jacksonville Sheriff Mike Williams, who declined to appear at their assembly Monday night.

The virtual assembly, attended by over 100 members of dozens of local religious congregations, was focused on reforms to make the community safer.

The evening started on a high note, praising Williams for the decrease in the percentage of juvenile arrests during encounters with law enforcement. ICARE says when Williams took office, about 1-in-4 eligible minors were given a civil citation instead of being arrested, which has since shifted to over 90% receiving citations in lieu of being arrested, saving the city $2.2 million each year.

The mood darkened quickly as faith leaders discussed promises Williams made to the group in April.

They say the sheriff committed to expanding the civil citation program to adults, investing in mental health crisis training for officers, and keeping ICARE updated every three months on the city’s shooting statistics and the progress of its violence intervention program.

Since those promises were made, ICARE says they’ve been ghosted by JSO.

“Months ago, we sent an email to set that meeting with him, and we received no response. Since then we’ve called on a weekly basis to set a date. His office said that he would respond via email, but he never did,” said Keith Oglesby, reverend for Christ Episcopal Church.

In an email to WJCT News Tuesday, JSO said, “Sheriff Williams has an extensive calendar and is sometimes unable to attend engagements in which he has been invited.”

There were 32,804 arrests made in Jacksonville in 2019. ICARE argues that each of these arrests is a record that can follow someone for life, hindering their success at new careers and ventures.

Duval County has a civil citation program for juvenile offenders, but ICARE says a similar system for adults has worked elsewhere.

In Leon County, those who are detained for non-violent misdemeanors like driving with a suspended license or an expired tag can receive a civil citation. That’s followed by restitution for the crime, classes and community service, which ICARE says holds the offender accountable while reducing city costs and the workload of prosecutors and police.

“This program will change the lives of thousands and thousands of adults in our community and it will save our community millions of dollars,” Tan Moss, the reverend at the Unitarian Universalist Church of Jacksonville, said.

A JSO public information officer said Sheriff Williams discussed implementing the citation program with State Attorney Melissa Nelson, but determined it was not feasible due to lack of available infrastructure.

Roger Williams is a pastor at the Philip R Cousin AME Church. He says too often JSO arrests residents who are struggling with mental illness and responds to psychotic episodes the same way they would a violent criminal resisting arrest.

“When they use these techniques on mentally ill people, officers end up in fights. It doesn’t work,” he said. “The officer gets injured, and the family goes from wanting help to having a family member in jail.”

Similar to the civil citation program, pastor Williams says ICARE looked to other communities for examples of how Jacksonville could do things better and found the Crisis Intervention Team program, which is used in Miami-Dade County.

“We found that Miami-Dade successfully reduced the number of people in jail from 7,000 to 4,000. They even closed one of their four jails and saved the county $12 million. We learned that one of the keys to their success was having specially trained CIT officers to respond to mental health calls.”

Pastor Williams says when ICARE brought the program to Sheriff Williams’ attention, he claimed that all JSO officers are in essence CIT officers already, but nonetheless committed to applying for JSO to receive the CIT programming at its police academy.

The deadline for that application was June 1.

Pastor Williams said ICARE reached out for two months with no update or response from JSO. Finally, they reached out to CIT International to inquire about the process and found out JSO never submitted an application.

“This is insulting and unacceptable. It’s long past time for Sheriff Williams to follow through on his promise,” he said.

This is not the first time JSO and sheriff Williams have been accused of not engaging earnestly in reform efforts.

The Safer Together community-police workshops, which were unceremoniously shut down last month in the middle of their scheduled work through 2022, heard numerous complaints from residents and City Council chairpeople about the fact that the sheriff never personally attended the meetings and that JSO wasn’t taking the suggested reforms seriously.

The top recommendation from the final Safer Together report was increased training for officers after they leave the academy, primarily for mental health awareness and response.

JSO currently has a pilot Co-Responder program where a licensed mental health counselor, who is a civilian, partners with an officer to respond to mental health crises.

JSO plans to expand the program next year, which will have 12 officers total.

ICARE on Monday committed to continuing to attempt to engage JSO and Sheriff Williams, and asked their members to send letters to his office.

“As always, we prefer to have conversations with our public officials. And we will continue to press for that,” Oglesby said. “But when they choose not to come to the table as Sheriff Williams is doing right now, we cannot just sit back and ignore the problems that are facing our community. But we can continue to work together so that great things will happen.”

In an email to WJCT News after this story was originally published, a JSO public information officer said, “Sheriff Williams continues to be supportive of the initiative and is always willing to speak with ICARE representatives about new ways to make our community a safer place to live.”