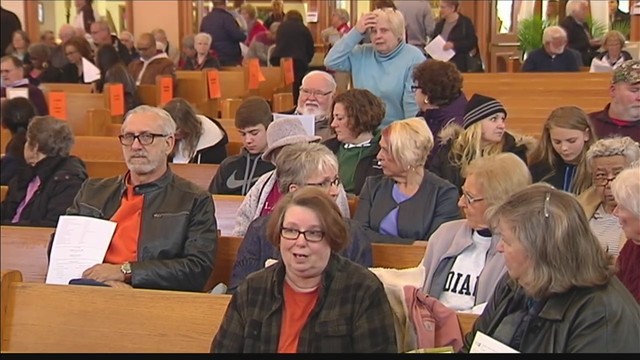 C.A.J.E.. which stands for Congregations Acting for Justice and Empowerment had their yearly meeting in Newburgh.

It’s been almost a year since C.A.J.E. held its Nehemiah action meeting, where goals and solutions are made for the year ahead.

So what has been accomplished? First, Narcan.

C.A.J.E. co-chair Richard Gregg says the group got local police and sheriff departments and EMT’s to carry Narcan.“What’s $6,000 to provide Narcan whenever you can save lives everyday? That was a big accomplishment for us,” Gregg says.

Affordable housing is also something C.A.J.E. has worked on for years.

“We are trying to talk to city council members to get their support to vote for it when he puts it in there,” Mcintosh says.

But some C.A.J.E. members are worried about the investigation into ECHO Housing for the alleged misuse of the agency’s funds.

Volunteer Paul Leingang says, “I hope it does not distract anybody from the understanding, feeling the real need for affordable housing.”

“We still think ECHO (Housing) is a good way to help people that have low housing and we’re just waiting to see like everybody else how that’s going to turn out,” Gregg says.

C.A.J.E. also celebrating the hiring of the new Aurora case manager, but hope this year the county will sustain funding for the position.

“We’ve got long way to go on several of the issues but we are going to keep working at it until we get these things accomplished,” Gregg says.

The Nehemiah action meeting is in May.