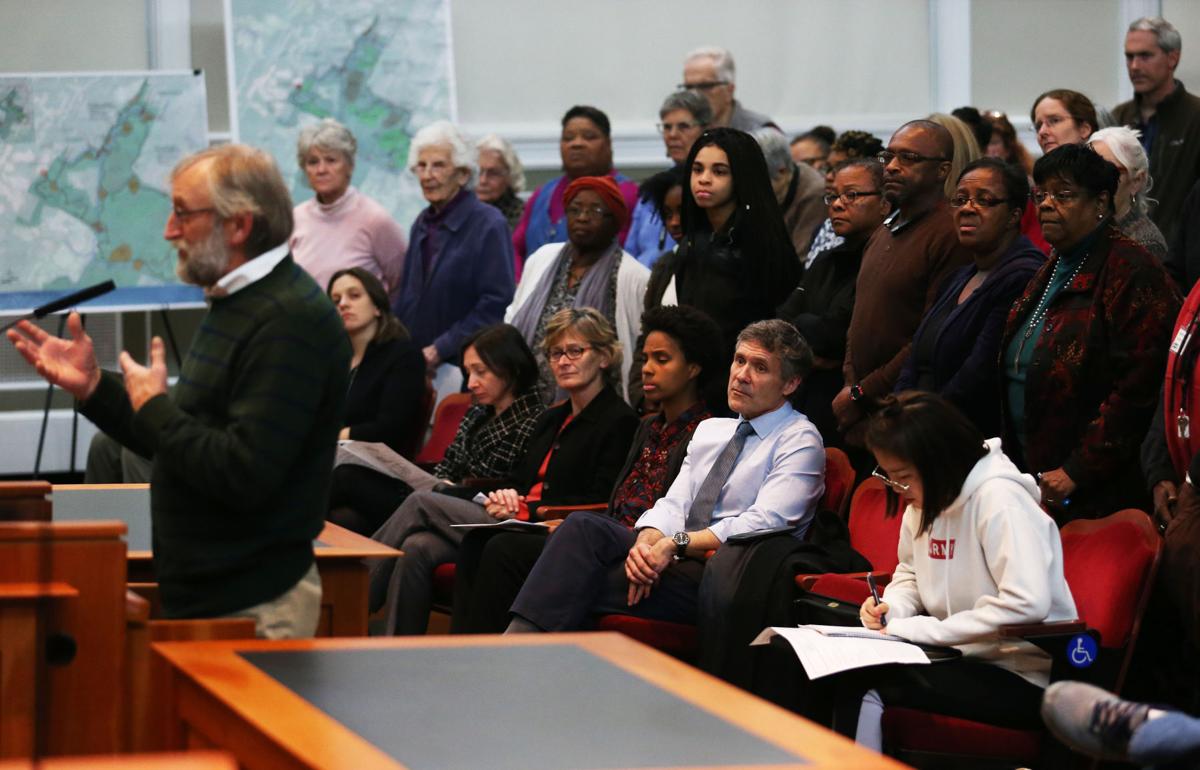 A housing fund likely will be included in Albemarle County’s fiscal year 2020 budget.

The county Board of Supervisors last week heard again from community members and members of Interfaith Movement Promoting Action by Congregations Together who want the board to establish a housing fund with annual and consistent funding.

Greta Dershimer, with Thomas Jefferson Memorial Church serves on IMPACT’s affordable housing committee. She said in an interview that IMPACT members are pleased that supervisors agreed to direct county staff to work on the group’s proposals related to affordable housing.

“We view that decision as an important first step to actually get some things accomplished along the lines of what we have been talking about for the last three years, basically,” she said.

At IMPACT’s meeting in April, Supervisors Ann H. Mallek, Norman Dill and Ned Gallaway committed to improving the county’s existing housing fund and agreed 150 units of affordable housing for low-income residents 65 and older will be constructed within five years. The group also called for an advisory board to determine how to spend the housing fund money.

In October, IMPACT met for an update and called out county leaders for the lack of work done on the request. An IMPACT member said county staff told the group that the board must take action on the request before it can be researched.

IMPACT members and community members told the Board of Supervisors at its meeting last week how they themselves or others they know have struggled to find affordable, accessible housing as a senior.

County resident Michael Firkaly, 69, said he has experienced a lot of “sticker shock” in rent prices over the years, but did find a reasonably priced place four years ago.

“I can only hope that this situation lasts, because I’m 69 years old … I don’t have and never was able to afford to save for or have a retirement fund,” he said.

“There’re many, many people in this situation that say, ‘I’ve got to work until I die, hopefully I’ll die while I’m working so I don’t have to worry about it.’” Firkaly said.

Dershimer said that in the past, IMPACT has been told that its proposals for change have been presented at the wrong time of the year because they come in April, when the budget already has been fully developed

“This year we really have made a great effort to get our proposal into the pipeline at the early stages of the budget planning process,” she said.

Last December, it was recommended to the Board of Supervisors that about $1 million from the fiscal year 2017 surplus be used to create a housing fund. In January, the board voted to contribute $675,000 to Habitat for Humanity of Greater Charlottesville to support the redevelopment of the Southwood Mobile Home Park. Earlier this month, the board agreed to reserve $325,000 for Piedmont Housing Alliance’s acquisition and renovation of Park’s Edge Apartments, a 96-unit, low-income tax credit property.

During last week’s board meeting, Dill said he knows the board has done a lot to support affordable housing, but that the efforts always have been a little informal.

“I think it’s really important that we have a housing fund, that we investigate the best ways to add more low-income housing, especially for seniors,” he said.

After acknowledging that the current housing fund has been depleted, Gallaway said that if another affordable housing project were to need county support before the next budget cycle, the board would have to find funding somewhere else.

“What I think we’re asking for is that money come forward to get back into that fund, so that we have the same flexibility to take advantage of affordable housing opportunities as they come up, but in the meantime I hope we have some sort of contingency so we don’t have to wait until the next budget cycle,” he said.

Supervisor Diantha McKeel said she isn’t inclined to do anything until a planned regional housing needs assessment is completed.

“Now I’m not saying I wouldn’t put money in a fund in maybe January or February, that’s a different issue, but to really get a hold of this whole problem, I need that housing needs assessment back, and we have a newly created Regional Housing Partnership,” she said.

There has been some discussion regarding affordable housing not being included in the county’s FY2020-22 Strategic Plan, but Gallaway said it is still a critical concern.

“I want to make sure people understand this is a priority, not a priority from a strategic plan but from something that is a need that the citizens of our county need us to address,” he said.

Dershimer, 87, said many members of her church have had serious problems with finding affordable housing.

“I know a number of people who are impacted by this issue, and I’m pretty excited about being able to work on it,” she said. “I’m very hopeful that we’re going to get some serious action in response to our request this year.”

Supervisors are scheduled to discuss the county’s five-year fiscal plan and provide guidance to staff about the FY20 budget on Dec. 5 and Dec. 12, respectively. The county executive’s recommended FY20 budget is scheduled to be presented to the board on Feb. 15.