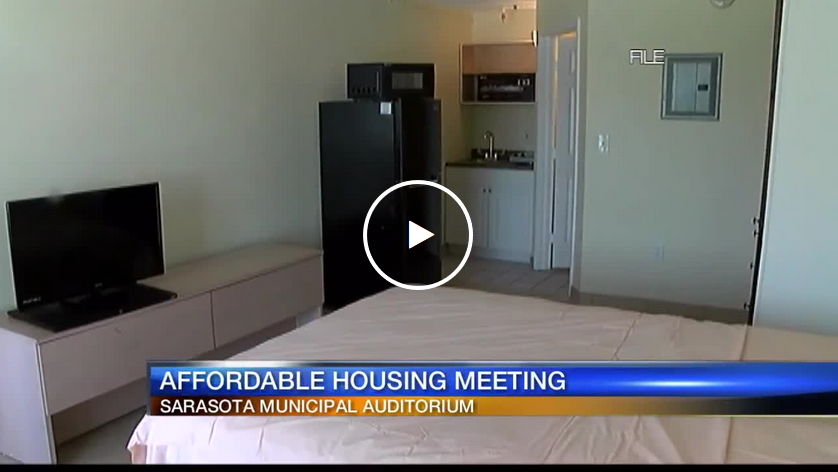 SARASOTA (WWSB) -How much of your income goes toward your rent or mortgage?

Experts say you should only spend a quarter of it. But, a new report says in Sarasota County, around 15,000 families pay more than half of their income on housing.

Monday, about 1,000 people from nineteen congregations in the area will come together to talk about the need for more affordable housing in Sarasota. The meeting will be held at the Sarasota Municipal Auditorium from 6:30 to 8 p.m. and is open to the public.

The Sarasota United for Responsibility and Equity group will be hosting the event and say many families in Sarasota are just one paycheck away from homelessness.

Sarasota City Commissioner, Hagen Brody, will attend the meeting. The group hopes that by talking with Commissioner Brody about this issue, they can help turn Sarasota into a place where working people can afford to live.

Denisha Walker is planning on attending the event and said her family has been impacted by housing crisis in Sarasota. She said her family had hopes of moving to Sarasota, but she said they just couldn’t afford it.

“I do think it’s the rich town, I do think a lot of people will be forced to move other areas outside of Sarasota because no one wants to buy a $400,000 home and it’s the bare minimum. Everyone likes to get what they want and have a nice town to live in,” Walker said.

The goal of the meeting is to get a commitment from Commissioner Brody to support the use of a housing fund at the local level to help solve the issue.