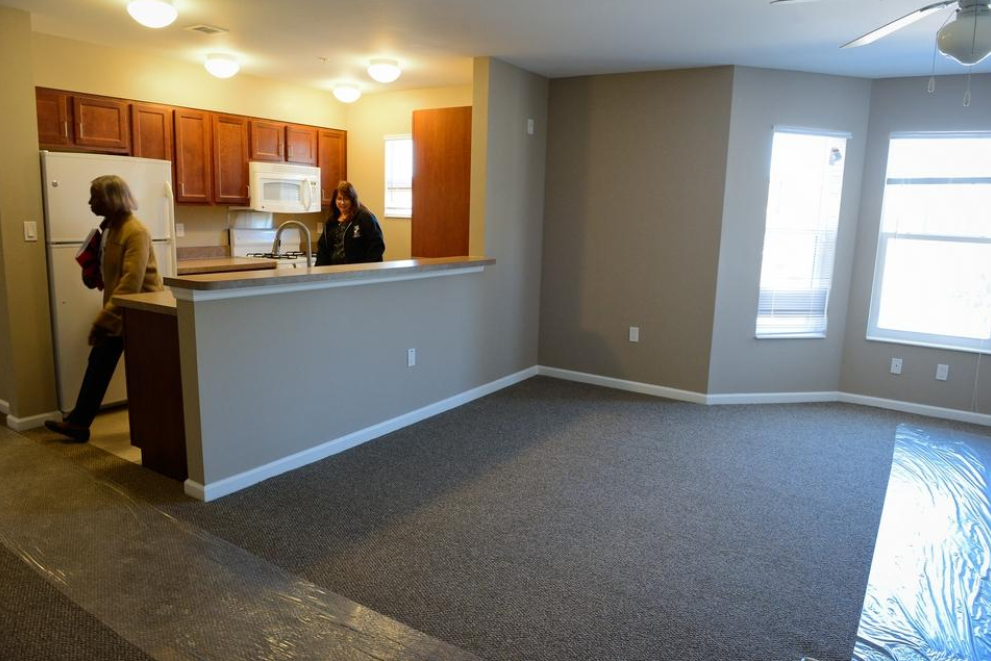 SARASOTA — The city is considering establishing an additional affordable housing fund requested by a community group championing efforts to address the shortage of workforce housing in the area.

The Sarasota City Commission earlier this week unanimously directed its staff to explore setting up a housing opportunity fund with a dedicated revenue source to help pay for affordable housing projects. The fund would be an addition to an already established trust fund the city dips into for such projects, supported by developer contributions, city administrators said at the board’s Monday meeting. The commission wants staff to research revenue streams that could be used to replenish the potential new fund on an annual basis and see how much the current fund garners to prevent duplication.

Sarasota United for Responsibility and Equity — or SURE for short — is the faith-based, nonprofit that works with the community’s underprivileged that has been requesting the fund supporters say should include an annual balance of $5 million. SURE’s previous lobbying for the $5 million trust fund to alleviate economic stress on thousands of families in the area one paycheck away from losing their homes had fallen on deaf ears until Commissioner Hagen Brody promised to bring the idea up for discussion on Monday. The meeting drew more than 100 SURE members.

“We have actually a lot of the pieces in place that they are seeking to implement, and I think their ideas are good and valid and worth our consideration,” Brody said Monday.

SURE is seeking the fund and a board to oversee it. The city’s existing affordable housing board was floated as the entity that could help make spending recommendations to the commission.

“We need a commitment from our city to make sure that building affordable housing is a viable option for developers, and a dedicated revenue stream would provide the city, you, with a tool to give builders and developers the ability to actually build affordable housing, and it would do it year after year,” said Ryan McBride, SURE member and pastor of 12 Springs Church in the Rosemary District.

“Affordable housing really shouldn’t depend on a surplus in the budget or a sudden increase in money here and there,” McBride added. “It works fine in those moments or when times are good, but during those lean budget years, when there’s not a surplus in money, housing development is often needed the most in those moments and you don’t have it if you haven’t decided on a dedicated revenue source.”

Some of those families are members of McBride’s church, he said. One member is considering living out of a van to survive, because housing costs in the area are too high.

Roughly 800 communities across the country have addressed their affordable housing crises by establishing “Affordable Housing Trust Funds,” said Richard Miller, a member of First Congregational United Church of Christ in Sarasota. The funds have sparked economic activity by leveraging $8 for every $1 invested by a local government both McBride and Miller said. The fund would help build housing for families who make $25,000 to $42,000 annually, they said.

SURE estimates the fund could leverage an additional $40 million in public and private investments to build 500 affordable housing units each year.

“We believe it’s a very urgent crisis, and it’s only getting worse,” Miller said.

With rent and home prices continually rising, the commission in December approved recommendations from affordable housing experts in an effort to create more workforce housing in the area. In the coming months, city staffers are to present a comprehensive plan that could incorporate many of the recommendations, officials said Monday.

The commission in December unanimously approved a series of recommendations from the Affordable Housing Advisory Committee — a board required by the state to review a jurisdiction’s established policies, procedures, ordinances and land development regulations to recommend actions to create affordable housing — aimed at helping foster workforce housing in a market where costs are rapidly increasing. It also approved a plan from the Florida Housing Coalition to confront the crisis the area has been trying to combat for decades.

Recommendations the commission accepted months ago include: reducing parking and setbacks and offering other structural bonuses, such as density, height and lot coverage for entities building workforce housing. The housing committee also recommended development near transportation hubs and major employment centers; considering adaptive reuses of defunct shopping centers for housing and allowing accessory dwellings, such as detached guest houses, to single-family homes that could be rented out for a fair price. The committee also suggested the city examine its inventory of surplus lands that could be suitable for affordable housing.

Home prices increased roughly 40 percent from 2012 to 2018, while household income has only risen 7 percent from $40,813 in 2012 to $43,477 in the fall of 2018, Jaimie Ross, president and CEO of the coalition, said in December, citing data from the U.S. Census Bureau’s American Community Survey and the Shimberg Center for Housing Studies.