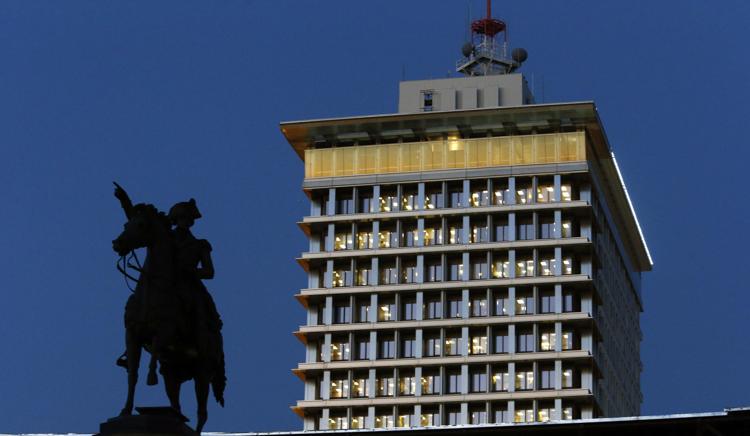 In the middle of a pandemic many fear will cost families their homes, advocates on Monday pressed the Richmond City Council to steer more dollars to affordable housing for residents.

In normal times, Richmond landlords evicted tenants at the second-highest rate of any like-sized city in the country, Princeton University researchers found. Advocates expect that trend to worsen with jobless claims mounting and the COVID-19 crisis increasing the economic strain on families that were already just getting by.

“Human lives and dignity are at stake,” said Aubrey Jones, a board member of Richmonders Involved to Strengthen Our Communities, or RISC.

Wegbreit, Jones and several other speakers from the coalition of advocates addressed the council Monday during an electronic public hearing on the proposed city budget, which has shrunk about 5% from its introduction in early March.

Mayor Levar Stoney initially proposed $800,000 in new money for the city’s Affordable Housing Trust Fund and eviction diversion program. He stripped those dollars earlier this month, along with $38.5 million for city schools, employee raises, new hires and other now-slashed expenditures for the fiscal year that begins July 1.

Because of the virus, tax revenues would not materialize to support the spending, his administration told the council.

On Monday, the housing group asked the council to hold harmless $2.9 million in funding for the housing trust fund and $485,000 for the city’s eviction diversion program as council members weighed a spending plan dramatically altered by the crisis. The group also requested that the council pledge the first $800,000 in surplus revenue to the pair of programs.

With no clear end to the pandemic in sight, many on the council worry that revenues might plummet below what the Stoney administration projected. Should surplus revenue become available, the council agreed at a work session to direct those dollars to a COVID-19 relief fund to support families facing housing insecurity.

Richmond received $4.2 million for emergency housing through the CARES Act, the massive federal aid package signed into law last month in response to the crisis.

Stoney wants to direct $1 million in local funds to supplement the federal funds; the council must first sign off. Last week, the mayor announced an additional $550,000 for nonprofits that work with the homeless and families facing eviction.

All expect the scope of the need to exceed that in the coming weeks and months.

“Every spare dollar we have, I believe, should go to affordable housing and homeless services because we are set for a tidal wave,” said Stephanie Lynch, the 5th District councilwoman.

The crisis could spell homelessness for thousands of families if the city does not make additional assistance available, speakers predicted during Monday’s public hearing. Some asked the council to designate a dedicated funding stream to meet the growing need.

Long before the pandemic, city leaders have known of the region’s affordable housing crisis. Income growth has lagged behind rising housing costs over the past decade.

In January, the Partnership for Housing Affordability determined that the region would need to build 1,000 new affordable homes annually to meet demand by 2040. Only a quarter of that has risen annually over the past five years, according to a report the group released earlier this year laying out recommendations for the region.

Also Monday, the council approved an amnesty period for penalties and interest on most local taxes due between March and the end of June.

The program is intended to ease the financial strain that small businesses are dealing with because of the pandemic. Stoney proposed the amnesty, and the council unanimously approved it on its consent agenda Monday.

The council is scheduled to vote on the budget next month.