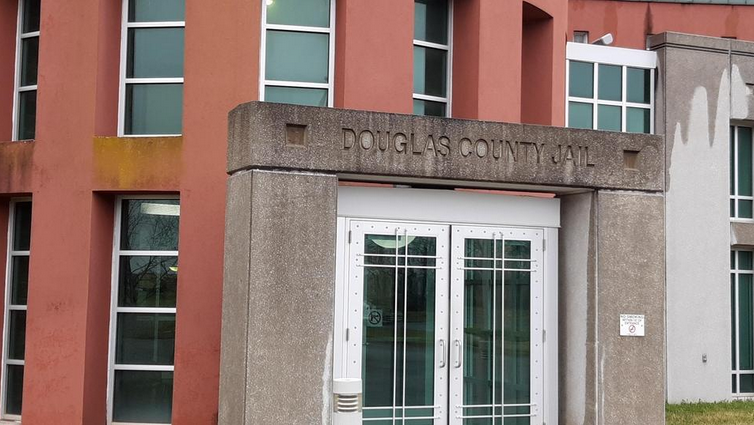 Why did Kansas officials threaten opponents of jail expansion with a $3 million bond?

Douglas County Commissioners want to expand the jail in Lawrence, and they apparently won’t let anything stand in their way — not even opposition from the public.

And if citizens dare protest, they’ll be threatened with a $3 million surety bond.

In January, the county’s board of commissioners voted to add 112 beds to the Douglas County Jail, which currently has a capacity of 186.

A month later, attorneys for Justice Matters, a Lawrence-based activist group, submitted legal arguments requesting that Douglas County officials place the $30 million jail expansion in front of voters. Kansas law spells out a process to allow for a petition and ultimately force a public vote on projects involving the issuance of general obligation bonds.

County Attorney John Bullock responded to a letter from Justice Matters on behalf of the county, citing a 1994 referendum that authorized a 1% sales tax bond for improvements to the Douglas County Jail.

“If Justice Matters proceeds with filing this lawsuit, we will seek to have it dismissed on various legal grounds,” Bullock wrote. “We will also seek a surety bond from Justice Matters to protect taxpayers against the cost.”

If a judge refuses to dismiss the case, Douglas County would seek “not less than $3,000,000,” Bullock continued. “Payment of this bond, when ordered by the Court, will be a precondition to Justice Matters proceeding with the suit.”

The county went straight to the nuclear option. Threatening to impose a $3 million surety bond on a group of citizens who are arguing that elected officials broke the law is an outrageous response.

Justice Matters had a right to take legal action and claim that the commission’s method of financing the expansion is against the law and suppresses citizens’ right to petition for a public vote on the jail project.

Bullock contends a bond request was appropriate because the suit will cause delays and increase construction costs in a volatile bond market. Transportation costs to house prisoners outside Douglas County are also a concern.

Douglas County has the lowest incarceration rate in Kansas, Mike Brouwer, the county’s criminal justice coordinator, said. But overcrowding was still an issue at the jail until the coronavirus pandemic forced the release of several nonviolent offenders awaiting trial.

Last year, the average daily population in the county jail was 219. As of this week, the total was significantly lower, according to Justice Matters. The reduction was achieved through immediate court hearings and release of inmates held on cash bonds.

Later that year, a separate measure to build a behavioral campus to address those needs was overwhelmingly approved.

“Both measures would increase taxes,” said Brent Hoffman, co-president for Justice Matters. “Both measures included mental health. There can be only one interpretation of these two votes.”

So, why would the three-member county commission attempt to spend millions in sales tax revenue without taxpayer approval?

“The county has a statutory and constitutional duty to provide a suitable correctional facility for individuals placed there by courts and law enforcement,” Bullock told The Star Editorial Board.

He is correct on that point. But recent history shows that voters have serious qualms about Douglas County simply building its way out of a jail overcrowding problem. Criminal justice reforms and alternatives to incarceration should be part of the discussion.