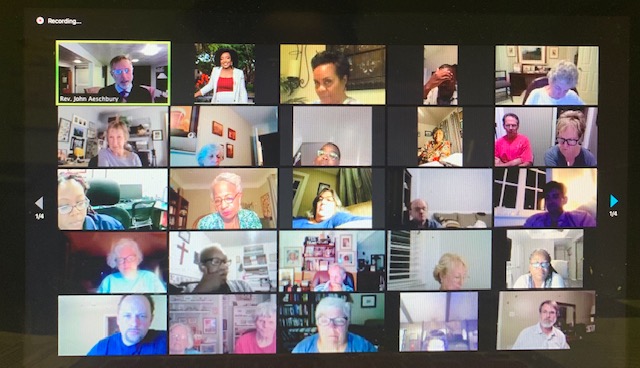 Though the coronavirus pandemic caused the Topeka Justice Unity and Ministry Project to hold its biggest meeting of the year online this week, rather than in person, group leaders say the organization is going strong, advocating for affordable housing, public transportation and a reduction in gun violence in the capital city.

The group’s Nehemiah Action meeting, which last year attracted a crowd of 1,200 people, took place online, with a number of local officials expressing their support for JUMP and its mission.

In addition, the group has collected more than 1,400 signatures online from people who are supporting its campaign.

A major focus this year is affordable housing. The group — composed of 25 local congregations — has proposed the Topeka City Council put $2 million into an Affordable Housing Trust Fund.

Steve Schiffelbein, one of the group’s co-chairmen, says the group also is hoping to secure permanent funding for the SOTO and NETO ride-to-work programs that help local residents get to work at businesses in the northern, southern and eastern areas of Topeka.

He said support for the ride-to-work programs has come from the Joint Economic Development Organization, as well as from businesses and employees themselves.

The transportation program is essential in helping people get to work and consequently to afford housing, Schiffelbein says.

JUMP is asking for continued funding for the ride-to-work program, he says.

“It looks like the most successful thing will be permanent funding for the ride-to-work program,” Schiffelbein says. “That’s a $5 cab ride for the employee. The employer picks up the the rest of the cost, as well as the JEDO funding, which is our economic development tax dollars. So it’s a partnership of all three sources of funding.

“That’s basically a $30 taxicab ride that costs the employee $5, so they can get a good-paying job that pays $15 an hour, so they can afford a two-bedroom apartment.”

JUMP officials say more than 30,000 rides have been given since the program’s start in 2018.

JUMP is also asking Shawnee County to fund SAVE, a program to reduce gun violence.