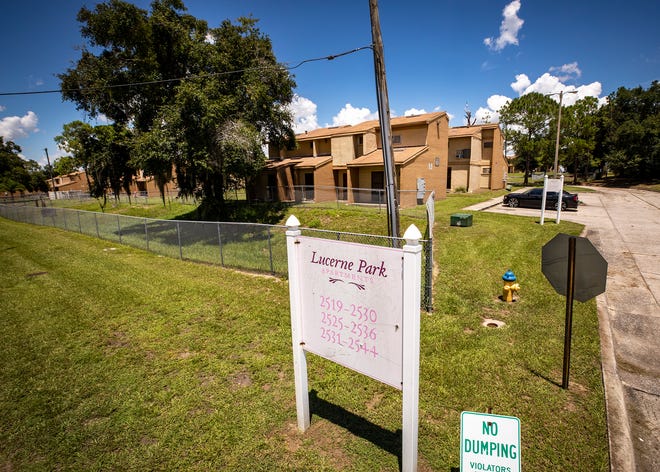 The commission passed the budget on Monday with little discussion and without any challenges during the public comment period.

“I’ve been here 19 years. And I’ve sat through many, many budget sessions. And approved many budgets,” Mayor Pro Tem Nathaniel Birdsong said. “The budget that we just approved and in the way it was constructed and the way that we didn’t have to ‘raise taxes’ is a testimony to the staff and the city manager that we have in the City of Winter Haven and I do not take that lightly. And I just want to say publicly that I really do appreciate what you all have done, especially with this budget.”

Along with the budget, the commission approved the municipal tax rate of $6.79 per $1,000 of assessed property value. It’s the fourth year in a row the city has maintained that rate.

While steady, property taxes still increased 3.75% over the rolled-back rate of $6.54 per $1,000 of assessed property value. The rollback rate represents the tax needed to collect the same amount of revenue in the new budget year as the current budget year.

Commissioner Brian Yates said the increase is minuscule for Winter Haven homeowners, considering the typical home value in Winter Haven is about $229,000.

“Prices go up, costs go up, so inevitably you’re going to need to collect a little bit more money to cover those items, but if you actually take all of these percentages and break them down on that $229,000 home, you’re talking about $58 more a year,” Yates said. “So, for $5 more a month, I think the city, citizens of Winter Haven are getting a huge bang for their buck.”

The passed budget includes $1.6 million to hire 30 new positions, which includes replacing the current deputy fire chief position with a fire chief to oversee fire services. Six other fire services positions will also be added to city staff, making up a large chunk of the $1.3 million increase in the fire department’s budget. The city also plans to open two new fire stations.

Other major expenditures include $32 million in capital investment projects, $85,000 for the addition of body cameras and $1 million for a plan meant to increase the recruitment and retention of city employees and bring the city into compliance with the mandatory $15 an hour minimum wage by 2026.

City Manager Mike Herr said the program was a “strong jewel” for the city and that it will help solve compression issues for existing employees.

Along those lines, the budget sets aside nearly $167,000 to bring certain positions into compliance with Florida’s new minimum wage. Employers must raise minimum wage to $10 an hour by Thursday.

At Monday’s meeting, the city also approved an affordable housing plan and affordable housing trust fund. The approval was met with a standing ovation from 10 audience members, at least some of whom were members of the Polk Ecumenical Action Council for Empowerment. PEACE has pushed for a strong city commitment to affordable housing for months to help address the worsening homelessness crisis in the area.

The affordable housing plan was borne out of recommendations from the Florida Housing Coalition, which also met with members of the Winter Haven community to draft solutions to the affordable housing crisis. Mayor Brad Dantzler said that municipal governments across Polk County are moving forward on expanding workforce housing countywide.

The approved ordinance states that for the upcoming fiscal year starting Oct. 1, $1.5 million will be appropriated to and held in the trust fund to be “used as authorized by the City Commission to implement affordable housing initiatives consistent with the 2021 Housing Action Plan and other affordable housing initiatives approved by the City Commission from time to time.”

Dantzler said the passed budget was possible because “times are good right now, so we’re doing things that you can do when times are good.” But he emphasized that good times have not encouraged the city to be wasteful.