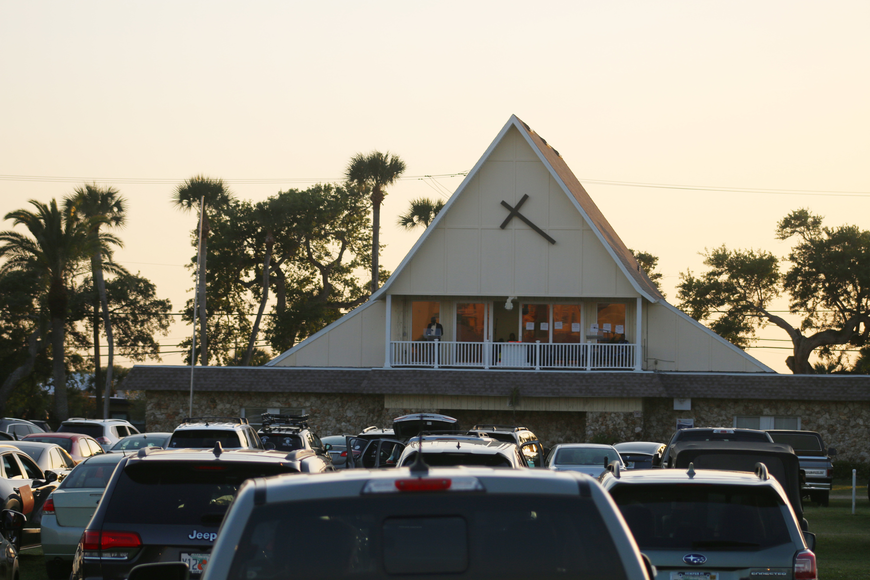 Less than a quarter of the elected officials invited to the FAITH Action Assembly on Monday, March 28, showed up in person at the Daytona Beach Drive-in Christian Church to voice support for three critical issues: Affordable housing, restorative practices in education and criminal justice reform for both juveniles and adults.

“Our officials are not taking us seriously,” said Phil Egitto, pastor of Our Lady of Lourdes Catholic Church, during the assembly’s closing remarks. “We have to demand more communication and more accountability. This is the largest interfaith gathering, and it is unconscionable that our elected representatives are ignoring us.”

FAITH, which stands for Fighting Against Injustice Toward Harmony, is a nonprofit coalition of almost 30 religious congregations in Volusia County. This year’s action assembly called upon elected officials to make public commitments on the creation of a housing trust fund, implementation of restorative practices to reduce out-of-school suspensions, and a continued rally for the use of civil citations for juveniles committing non-serious misdemeanors.

In preparation for the assembly, all elected officials were given copies of the questions in advance and were invited to a pre-meeting with one of the coalition’s committees. Rev. John Gill from Tomoka United Methodist Church in Ormond Beach said that the assembly is meant to confront injustices, not the elected officials personally.

“We intend no hurt feelings,” Gill said. “We are addressing the officials because they have the power to change systems, and we as their constituents have the right and the responsibility to voice our concerns.”

As the price for housing in Volusia County continues to increase, the availability of affordable housing shrinks.

According to the National Low Income Housing Coalition, the fair market rent for a 1-bedroom apartment in the state is $1,049 a month; a two bedroom, $1,290. In Volusia County, average rent for a one-bedroom apartment is $955 a month, and a two-bedroom will cost renters an average of $1,488, said Karen DeLisle, member of Our Lady of Lourdes Catholic Church.

In order to afford a one-bedroom apartment, a Volusia resident would have to make over $17 an hour, or just over $34,000 a year.

It means that our health care workers, grocery store clerks, security guards and so many others in our community who fill essential services are not earning enough to keep a roof over their heads,” DeLisle said.

And when an emergency strikes, that problem is often highlighted, as was the case for Ormond Beach resident Francis Owings, who shared her testimony at the assembly.

A few years ago, she lived in an apartment along the river, and a hurricane was coming. She was told by the management of her complex that there was no risk of flooding.

“When I got up in the middle of the night, I realized my entire apartment was flooded,” Owings said. “With water coming up to just below my knees.”

She lost her car, clothes and furniture, and though she received support from FEMA, she said the “financial and emotional impact was long-lasting.” Last year, she moved to an apartment in Port Orange with her grandson, and from the beginning, dealt with a leaking roof and mold issues. Management, she said, refused to address the issue, and they stayed because they couldn’t afford to leave.

They were evicted in November after refusing to pay rent since the mold was making them sick, and moved into a hotel. Currently, they reside in a house belonging to her sister, who died recently, and will do so until the house is sold.

“Once it is, I don’t know where we’ll go,” Owings said. “Because the rent is too expensive everywhere we look. Our county desperately needs a Housing Trust Fund.”

FAITH began sounding the alarm on the lack of affordable housing three years ago. Though there has been some movement — an affordable housing summit was held in December 2021 and the city of Daytona Beach have commissioned a study on linkage fees — more support for a housing trust fund is needed, said Jackie Mole, of Allen Chapel AME.

“No county officials ever told us that a Housing Trust Fund is a wrong solution, only that they don’t know where the money would come from, and don’t want to raise taxes,” Mole said. “But last year, our county received $107 million in COVID relief funds from the federal government’s American Rescue Plan.”

The city of Winter Haven, he shared used $10 million to kickstart their housing trust fund. The counties of Orange, Seminole and Hillsborough have also created such funds in the last several years.

Last year, FAITH drafted an ordinance that called for use of at least $2.5 million of ARPA funds to create the trust fund, and additionally asked at least $1 million were added annually.

“We know that in order to truly solve the massive problem, we need well over $1 million a year.” Mole said. “We need to identify a dedicated revenue source.”

That’s why FAITH is asking the county to study linkage fees, which would ensure a certain portion of funds per square foot of new development for the trust fund.

The only County Council member to attend in person was Barb Girtman, though Councilwomen Heather Post and Billie Wheeler submitted their responses in writing and vowed to support a housing trust fund and the commission of a study for linkage fees.

County Councilmen Danny Robins and Fred Lowry never responded to FAITH’s invitation, and neither did Chair Jeff Brower. Councilman Ben Johnson advised he would not be in attendance.

Girtman said that this was her fourth year attending the assembly, and hoped she would have an additional four years to advocate for affordable housing.

“We need you to join us and bring as many folks as you can,” said Rev. Ben Collins, of Collective United Methodist Church in DeLand. “There’s a lot of people here. Let’s get a good representation of this crowd and show them that we stand together, we can’t be ignored and that the housing trust fund can’t wait.”