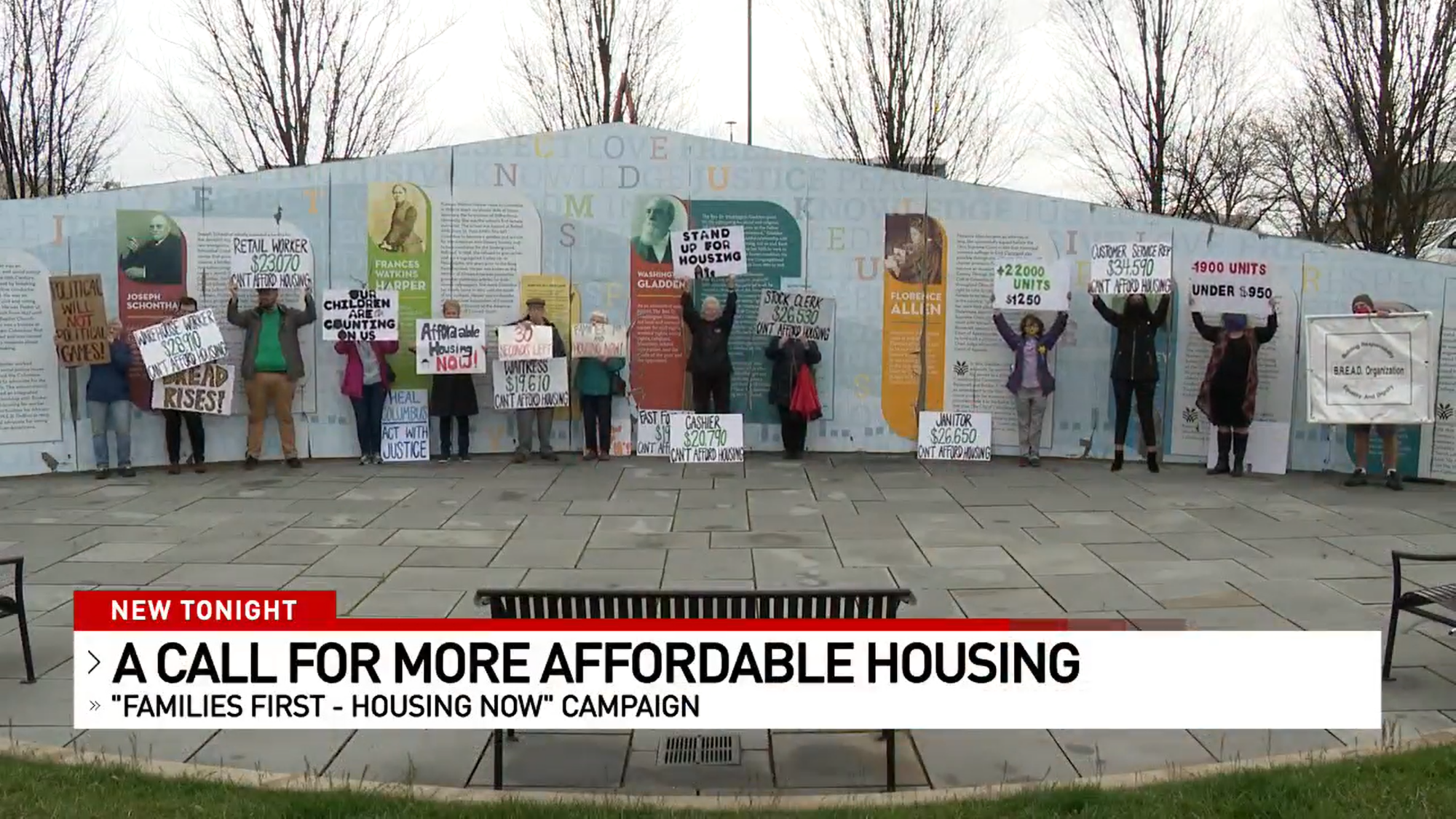 COLUMBUS, Ohio (WSYX) — Dozens of Central Ohio congregations are coming together to push Columbus and Franklin County leaders into action on affordable housing. The group is called Building Responsibility, Equality and Dignity, or BREAD.

BREAD gathered members at Washington Gladden Social Justice Park on Monday to ramp up action needed to “move the needle” on some of the biggest problems facing Central Ohio families.

“A number of fellow citizens are just not aware of how serious the crisis is in Central Ohio concerning affordable housing,” said Pastor Charles Leister of New Beginnings Christian Center, whose congregation is one of 43 that makeup BREAD. “The Kirwan Institute at Ohio State indicates it’s a billion-dollar problem.”

To drive the point home, they’ve launched the Families First – Housing Now campaign to showcase hard-working families, struggling to pay for a place to live.

“What we’re representing here today are a number of our service workers,” said Pastor Leister. “Their family income is making less than $30,000 a year. That’s a family income. These families are paying half of their income on rent .”

The organization believes local leaders are starting to pay attention to affordable housing issues, including the creation of a program in Columbus that works with housing developers to provide affordable apartments.

“We’ve made accomplishments with the county,” said Pastor Leister. “The increase in the sale of homes is going into an affordable housing trust fund and I believe the city has allocated $5 million this year.”

Even with the city’s new program, Pastor Leister says a lot of heavy lifting is needed to help low-income families avoid the hardships of expensive housing.

“We need multiple streams of revenue, developers, officials code enforcement, and so on to begin to address that problem.”