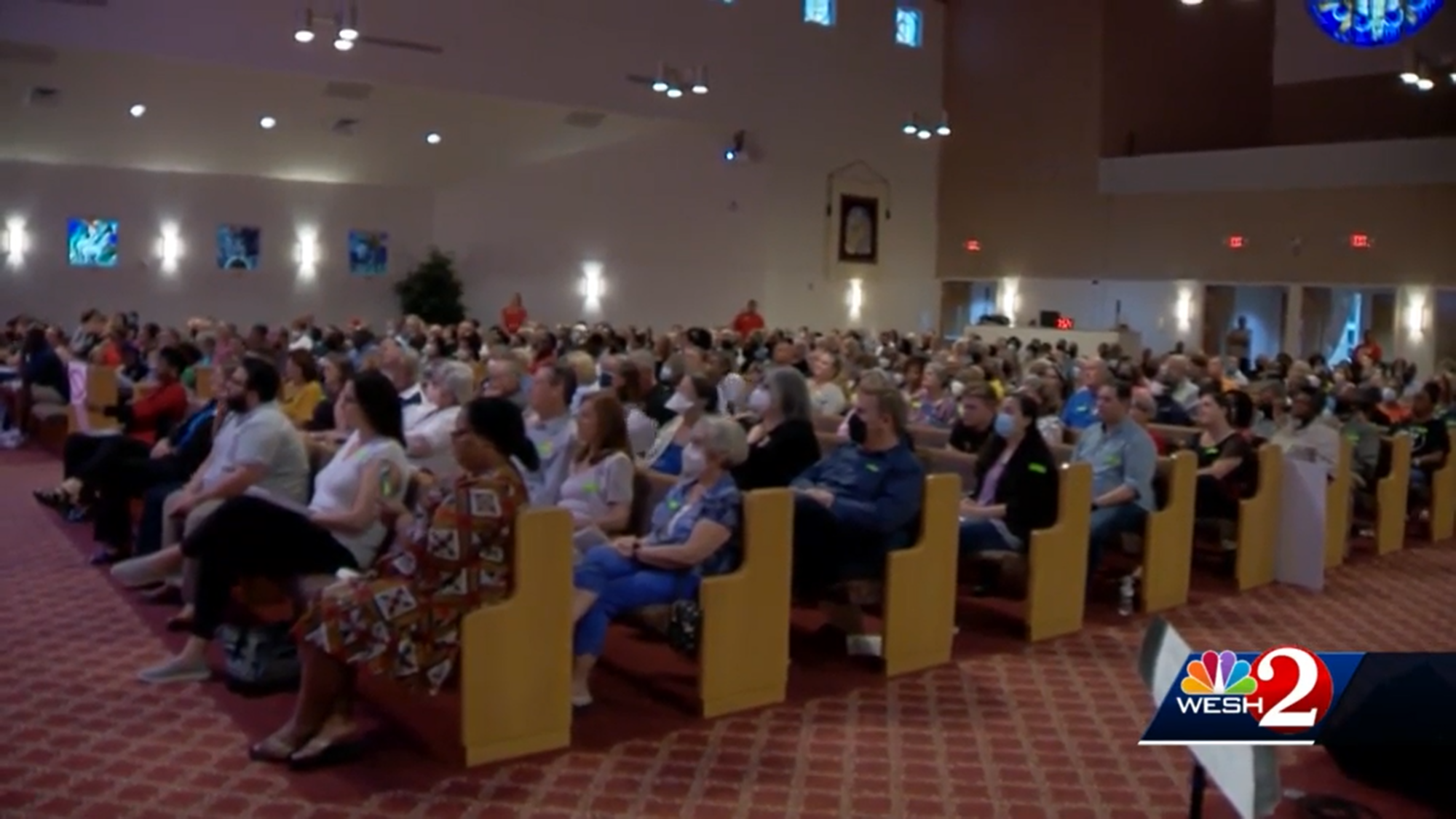 ‘This is a crisis’: Faith-based groups rally for affordable housing action in Brevard County

The impact of living in the Sunshine State comes at an expensive cost and it’s why hundreds of residents in Brevard County are raising awareness about the lack of affordable housing.

Brevard Justice Ministry, a newly formed coalition of faith-based groups, brought hundreds of residents together at Suntree United Methodist Church in Melbourne on Monday night to address the increasing cost of housing. Together they called on their elected leaders to make the growing problem their priority to solve.

“The homeless situation in our county is so dire that it is the magnet that pulled us together from different faiths and organizations because the crisis is at critical mass,” said Bishop Merton Clark of Truth Revealed International Ministries.

People started the meeting with song and prayer before spending an hour talking about how families are feeling the impact because many of them are ending up in the streets.

“I think we value tourism, economics and the industries that are coming to Brevard and to Florida and if we value it we need to value the workers that support those industries,” said Rev. Allee Willcox, associate pastor at Suntree United Methodist Church.

People in the audience held up signs during the meeting to show a variety of salaries in the county from office clerks, nurse assistants to restaurant workers. Some of them shared how they would have to pay almost half of their income for rent.

“We were alright until they started raising our rent,” resident Keith Camby said.

Camby, his wife and two children couldn’t afford the cost of rent so they were evicted. The only option they had was to sleep in their car.

“Truth Revealed church stepped in, helped us out to get housed, but now another tragedy happened. The house that we were staying, the plumbing collapsed in it,” Camby said. “We’re in a hotel again up until Thursday so we might be facing homelessness again.”

The organizers said they sent letters, messages and left voicemails but no county official was in sight at Monday’s large gathering.

“We’re frustrated and saddened that they chose not to come tonight,” Willcox said. “You can see by the turnout that this is a huge priority to our community members and the crisis.”

The group has two scheduled meetings with some county commissioners later this month and in June.