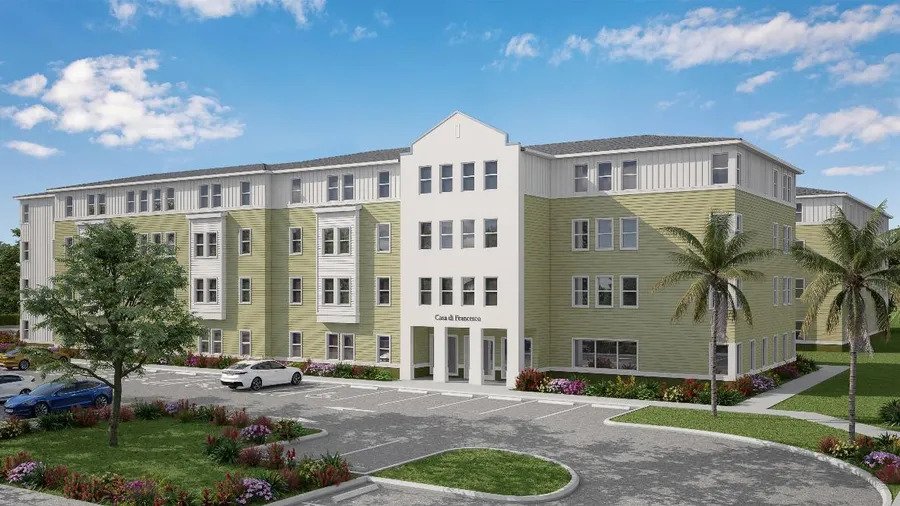 Gigi Van Doren of Tampa is a longtime volunteer for HOPE — the Hillsborough Organization for Progress and Equality, a faith-based agency advocating for expanded affordable housing options.

Thursday, she stood before Hillsborough County commissioners to offer a personal perspective on housing.

Her adult son, a carpenter by profession, is unable to work as he goes through cancer treatments. A $10,000 medical insurance deductible wiped out his savings, she said, and he faces homelessness after his landlord told him last week the house where he lives is being sold and demolished.

“I share this with you because there are people, I believe, out there who think that people are poor because they did something wrong. We need to support the poor in our community with reasonable housing.”

Her comments preceded a commission vote to allocate $23.5 million to five nonprofit agencies to develop 395 apartments for low-income residents. The money comes from state and federal sources, plus the county’s own affordable housing fund named for the group that pushed for its creation — HOPE.

The five agencies and their allocations are: Archway Partners, $2.5 million for a 100-unit complex on South Manhattan Avenue, Tampa; Adonai’s Second Chances, Inc. of Riverview, $6.8 million; Blue Sky Communities, $6 million for a project in Mango; Catholic Charities, Diocese of St. Petersburg, $6.19 million for a second phase of its Las Villas in Ruskin; and Invictus Development, $1.54 million for its Baytown Apartments in Tampa.

Working with the private sector to leverage the government dollars was key, said Commissioner Harry Cohen, because “this problem is so massive and it’s so all-encompassing in terms of every corner of the county, every neighborhood, every economic group is affected by it.”

The county’s continued push for increased affordable housing “is an excellent win-win, plus-plus for the county that we’re not leaving anyone behind,” said Commissioner Gwen Myers.

But not everyone agreed.

Commissioner Joshua Wostal voted against the measure. He offered his own personal perspective, saying he grew up in a $20,000 trailer home where he had to dodge a hole in the floor covered by carpeting.

“Do we ever consider how we continue to create dependence on government for these things” rather than actually alleviating the problem? he asked.

“We’re making investments in the community and in individuals and families and in the future of Hillsborough County,” she said.

The commission approved the allocations by a 6-1 vote.