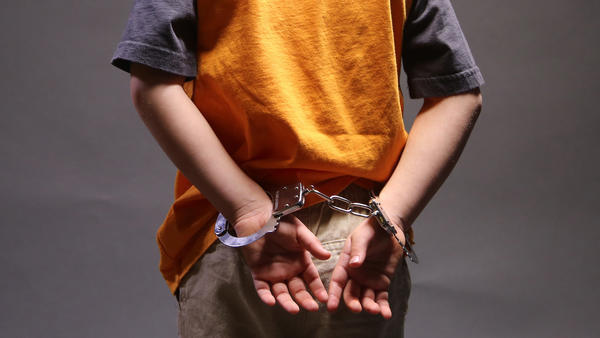 The latest statistics on how police treat kids in Palm Beach County are encouraging to a group of local religious leaders who have been critical of juvenile justice practices.

Youth arrests in Palm Beach County dropped by roughly 31 percent between the 2011-12 and 2015-16 fiscal years, according to state data. Instead of making arrests, Palm Beach officers issue civil citations to most eligible kids, state data show, at a rate greater than most counties in Florida.

But some members of People Engaged in Active Community Efforts, a group of Palm Beach churches, say they want the county to do even better.

The citation program is a voluntary system that offers a chance for first-time youth offenders of non-violent misdemeanors to keep charges off their records if they admit guilt, do community service and complete other tasks like passing drug tests or writing a formal apology.

Sen. Anitere Flores, R-Miami, filed the bill in the Florida Senate on Tuesday. It would make civil citations mandatory for 11 types of crimes committed by first-time offenders, including retail theft, battery and alcohol possession.

Two similar bills in the Florida senate, and another in the house, died last session before reaching a floor vote.

From November 2015 through this October, Palm Beach officers diverted about 68 percent of eligible kids into the county’s citation program, according to data from the state’s Department of Juvenile Justice.

That rate was about 73 percent in Broward and roughly 94 percent in Miami-Dade, and the statewide figure was about 51 percent during the same time period, according to the department’s stats.

Groups in Broward and Miami-Dade — Broward Organized Leaders Doing Justice and People Acting for Community Together, respectively — are also backing the proposed law, said Paul Rasmus, a PEACE board member and rector at St. Andrew’s Episcopal Church in Lake Worth.

If Robert Rease had his way, officers would issue civil citations to 100 percent of eligible kids. Rease is vice president with People Engaged in Active Community Efforts and a pastor at St. John Missionary Baptist Church in Belle Glade.

“What we’re trying to do is to make sure those small misdemeanor type of actions do not result in arrest records because arrest records will basically follow that juvenile for the rest of their life,” Rease said. “It will impact the type of jobs they will get, as well as whether or not they can earn scholarships or go into the military.”

Agencies should aim for 75 percent — at the lowest, said Dewey Caruthers, a St. Petersburg-based researcher who wrote a recent study on juvenile justice in Florida.

“That’s about as low as it should be,” Caruthers said. “If there’s a county, a law enforcement agency or a school district that has a utilization rate lower than 75 [percent], something’s gone awry.”

Without a concrete statewide policy, Rease said individual officers or agencies have too much say in whether kids face arrest.

“Right now it’s pretty much up to the discretion of the deputy that’s involved in it, and again I believe the majority of them will try to do that [cite youth offenders], but all of them may not,” Rease said.

Caruthers said he doesn’t think a statewide mandate is a good idea, but supports addressing civil citation reforms on an offense-by-offense basis.

PEACE has a similar strategy in its sights, Rease said, as it relates to domestic violence. The pastor urges local police to consider some domestic violence offenses a citation-worthy misdemeanor.

From November 2015 to October 2016, nearly half of the 329 arrests in Palm Beach County of children eligible for civil citations were for domestic violence-related offenses, according to state data.

For example, Rease said, police could arrest two youth brothers for fighting. He questions that judgment.

“Sometimes just stupid things that kids do will result in domestic violence,” Rease said. “But even in those cases we want it to be really looked at and say ‘Does this really warrant an arrest?'”

It’s important for a police officer to judge a case on its circumstances, said Scott Dean, an officer with the Palm Beach County School District Police. That’s why Dean is skeptical of the proposed bill — he said it would take away that discretion.

As it stands now, however, the Palm Beach State Attorney’s Office could overturn an officer’s decision, Rasmus said.

The varying citation rates across Palm Beach County‘s law enforcement agencies highlight the element of local control. The rate was as low as roughly 16 percent at Boynton Beach Police, while Palm Beach County School District Police had a civil citation rate at about 92 percent in the 12 months ending this October, according to DJJ figures.

Griffin said her officers are trained to know when students qualify for the programs.

“We tailor their case and their sanctions to what that child needs to rehabilitate them to be a productive citizen,” she said. “Based on those things we are very incredibly successful with our children.”

Rasmus, agrees with Griffin’s characterization of the countywide program. He said Palm Beach County “is doing about the best they can.”

Although he thinks things are going well locally, Rasmus would prefer if there was less distinction between how youth arrests are handled in South Florida and the rest of the state — like in Polk County, where officers arrested 100 percent of eligible youth offenders between November 2015 and this October, according to DJJ stats.

The proposed state law would make that possible.

“We’re looking for consistency across the state,” Rasmus said.