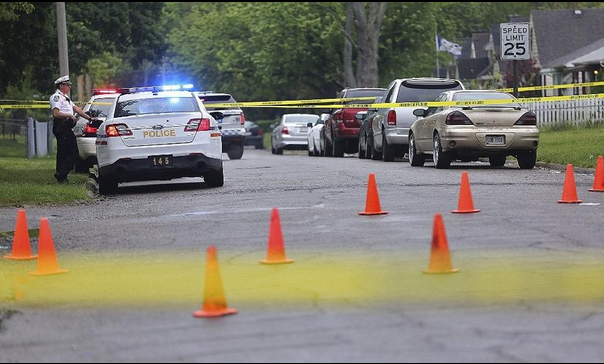 It’s hard to grasp the carnage in Columbus this year. As of midweek, the city had suffered 91 homicides; last year at this time, there were 65. Just three years ago, there were 91 homicides for the entire year.

Police are baffled. They say they don’t know why. Columbus City Councilman Mitchell J. Brown, a former Columbus safety director, is also frustrated, noting that a disproportionate number of the victims are black males; they accounted for at least 58 of this year’s homicides, he said. And homicide isn’t claiming just those who make themselves vulnerable to violence by participating in gangs or the drug trade; innocents have become collateral damage.

Clearly, we’ve got to find a better way. The faith-based, social-justice group BREAD thinks it has one.

The group’s listening tour asked residents, “What’s keeping you up at night?” The answers likely included the usual economic, family and job concerns, but many answered the question literally: gunfire. “People are afraid to go out into their neighborhood,” said BREAD’s Cathy Levine of Congregation Tifereth Israel.

After spending months researching solutions, BREAD is proposing that Columbus adopt the Safe Neighborhood Initiative, based on a violence-intervention model devised by criminologists in the 1990s in Boston to reduce youth homicides. The program uses a carrot-and-stick approach: Police and the county adult probation unit would team up to identify people on probation for violent crimes and make them an offer they’d be unwise to refuse: Come to a “call-in” — a meeting at which they’d be offered help to go straight, such as counseling, drug treatment and job services — or face federal prosecution.

BREAD sees this initiative as the best and most practical option to interrupt the cycle of gang violence. If criminals know no other way to survive, putting them in prison and turning them loose later isn’t likely to change their behavior.

Over the years, Columbus has tried numerous other anti-violence, anti-gang approaches, including a Chicago-based program, then called CeaseFire, seven years ago. It faltered amid politics, lack of funding and squabbles. So a skeptic might ask whether BREAD (Building Responsibility, Equality and Dignity) can make a sustainable difference. The answer is to look at the track record of this very persistent and dedicated grass-roots organization. It is backed by 40 congregations representing 20,000 people and dozens of faiths. The politician or public official who ignores BREAD is in for an education. The group’s efforts have changed this community; its influence can be seen in community restorative-justice programs, the Affordable Housing Trust Fund and the Franklin County Land Bank, which clears vacant buildings that blight neighborhoods and provide a haven for crime.

For more than two decades, BREAD has taken a methodical approach to exploring central Ohio’s biggest problems and proposed solutions.

BREAD organizers say they have the support of law enforcement, prosecutors, parole officials and Franklin County Common Pleas Court. Indeed, George Speaks, Columbus’ deputy director of Public Safety, thinks the city can do “our own rendition” of the program. But city buy-in will be critical.

While some think the program can be carried out without additional funding, this seems questionable. Others will reasonably ask why violent offenders should get such hand-holding and second chances.

The answer is purely pragmatic: If they learn to lead successful lives, they won’t continue hurting others.