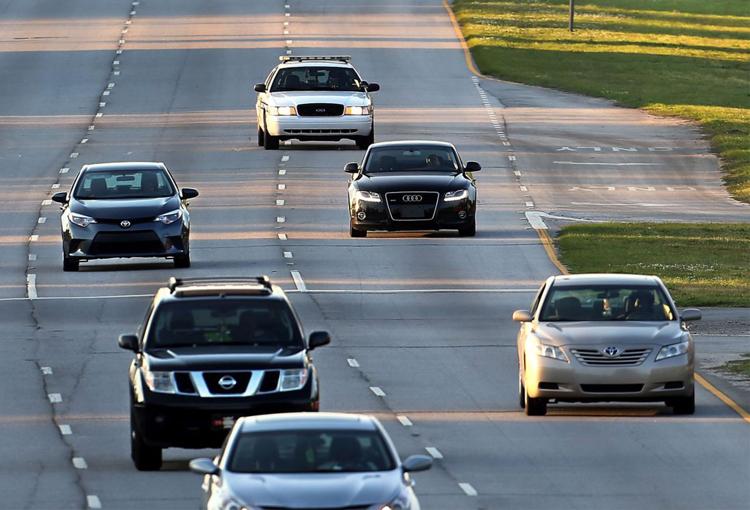 A separate City of Charleston police racial bias audit is underway. It is projected to be released in the fall.

The recommendation was suggested by the Charleston Area Justice Ministry and the North Charleston Citizens Advisory Commission on Community-Police Relations. The group met Tuesday night to vote on the motion, and it passed unanimously. It recommends that action be taken no later than Oct. 1, 2019.

The commission’s motion comes after a previous Obama-era audit of the North Charleston Police Department was suspended by former Attorney General Jeff Sessions in 2017.

The Department of Justice Community Oriented Policing Services (“COPS”) program was tasked with investigating the department after a North Charleston police officer shot and killed Walter Scott, an unarmed black man in April 2015.

“We never got that report. It has always kind of been the elephant in the room,” said Daniel O’Neal, chair of the citizens advisory commission.

Instead, the Community Oriented Policing Services program provided technical assistance to the North Charleston Police Department in an effort to improve policing practices. An online survey of North Charleston residents was also conducted to gauge the state of community-police relations.

O’Neal said the online survey was not reliable.

“It didn’t really help us out any, and an audit that actually goes out into the community, instead of just sitting and waiting for people to log on to a survey, would be a much better method of finding out what is really on the minds of the citizens of North Charleston,” O’Neal said.

Dorothy Williams, a North Charleston council member that represent’s the city’s sixth district, said she does not support the commission’s motion and would vote against it.

“These people have been trying to control us for the past three and a half years with no luck. And as long as I’m on city council they won’t have any luck,” Williams said.

Ron Brinson, a council member that represents North Charleston’s fourth district, said the police department should focus on follow-up initiatives from the Department of Justice COPS program before moving on to any further proposals.

O’Neal says the audit will hopefully “highlight some of the problem areas” with racial biases in the police department, but is unsure of what those problems might be until a formal audit is conducted.

“If we could see some problem areas that come to light from an audit, then we can make the right recommendations and hopefully improve community-police relations,” O’Neal said.

“It is so we can get to the root cause of where this racial bias is coming from, where it began and to provide the North Charleston Police Department with even more tools and information to better their program to provide more services for racial bias programs and services for their police officers and to create that trust, again within the community and with police,” Scott said. “We want police to be safe, and we want the community members to feel safe calling the police.”

Scott said one main purpose of the audit is to provide a baseline database that can be used to implement community relations programs.

“I think it would be great for Charleston and North Charleston to be able to stand together and say, ‘We’re going to take effective steps to move forward,’ without having to wait for another tragedy to occur,” Scott said.

Summey said that North Charleston Police Chief Reggie Burgess attended the commission’s meeting and discussed the issue of a possible audit at some point.

“I will look to Chief Burgess to determine the needs of the department to continue in the positive direction he has led the department,” Summey said.

The North Charleston Police Department had no comment on the action.