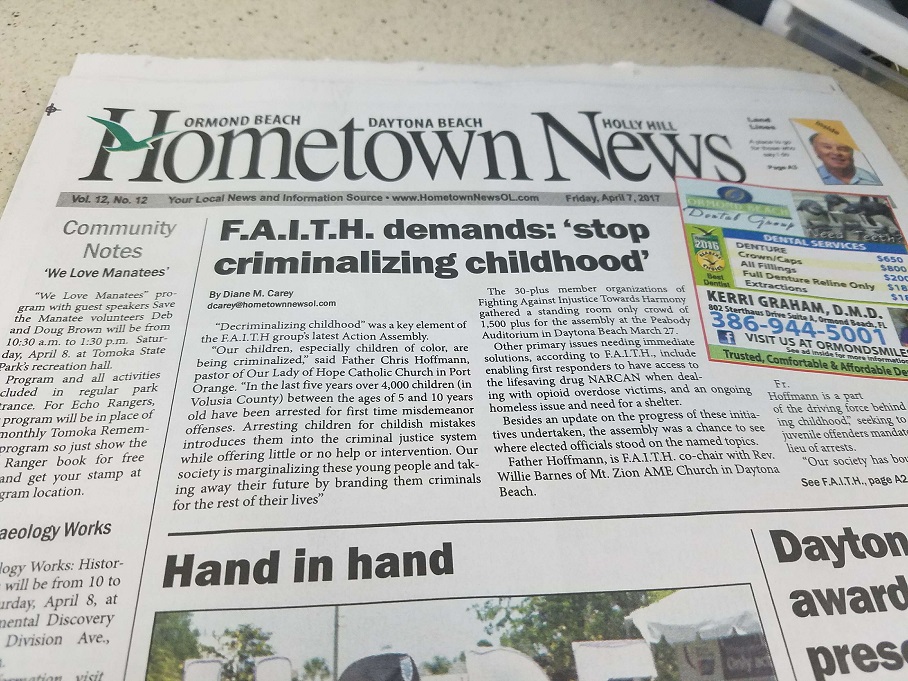 Law enforcement agencies in the local, 7th Judicial Circuit will forward complaints against juveniles accused of minor offenses directly to the State Attorney’s Office as a way to increase the number of kids getting civil citations instead of criminal records.

The change was announced in a statement on Wednesday released by 7th Circuit State Attorney R.J. Larizza’s office ahead of a Zoom conference scheduled for 11 a.m. Thursday to unveil the new approach. The conference is being organized by the DART Florida Criminal Justice Collaborative.

Larizza’s spokesman, Bryan Shorstein, said in a phone interview that it was a collaborative effort to prevent juveniles from having a criminal record. Juveniles who are arrested would not qualify.

He said the goal was to have at least 80% of the eligible cases be handled as civil citations.

The civil citation program diverts juveniles charged with minor offenses from the criminal process into treatment and mentoring programs, the release said. It also frees up law enforcement to focus on violent repeat offenders, the release said.

The approach has resulted in significant reductions in crimes, arrests and cases filed, according to the release from Larizza’s office which is responsible for Volusia, Flagler, St. Johns and Putnam counties.

DART, or the Direct Action and Research Training Center, is comprised of community organizations in a number of states, including Florida. That group is working with F.A.I.T.H., Fighting Against Injustice Toward Harmony.

The changes to the civil citation process will ensure that at least 80% of eligible Volusia County children will get access to civil citations, according to the press release from DART.

In Volusia County, 48% percent of the 343 eligible youth received civil citations from June 2019 through May 2020, according to a state civil citation dashboard.

In Flagler County, 41% of the 75 eligible youth have received civil citations for the same period, according to the website.

In St. Johns County, 77% of the 283 eligible youth received civil citations during that time period, according to the state dashboard.

In Putnam County, 69% of 89 eligible youth received them, the dashboard said.

Hundreds of religious leaders from across Florida will gather for the virtual announcement, the release from DART said.

Larizza will be introduced by the Rev. Chris Hoffmann, pastor of Our Lady of Hope Catholic Church in Port Orange.

Hoffman said DART and FAITH hope to spread the message to other prosecutors across the state to keep more children from having criminal records.

Hoffman said the plan is to send all affidavits and notices to appear directly to Larizza’s office as opposed to the documents going to the clerk’s office, where they would be entered into the criminal justice system computer records and remain there for a child’s entire life.

Hoffmann said: “We need to get everybody on board and making civil citations the default for kids when it’s a first time offense.