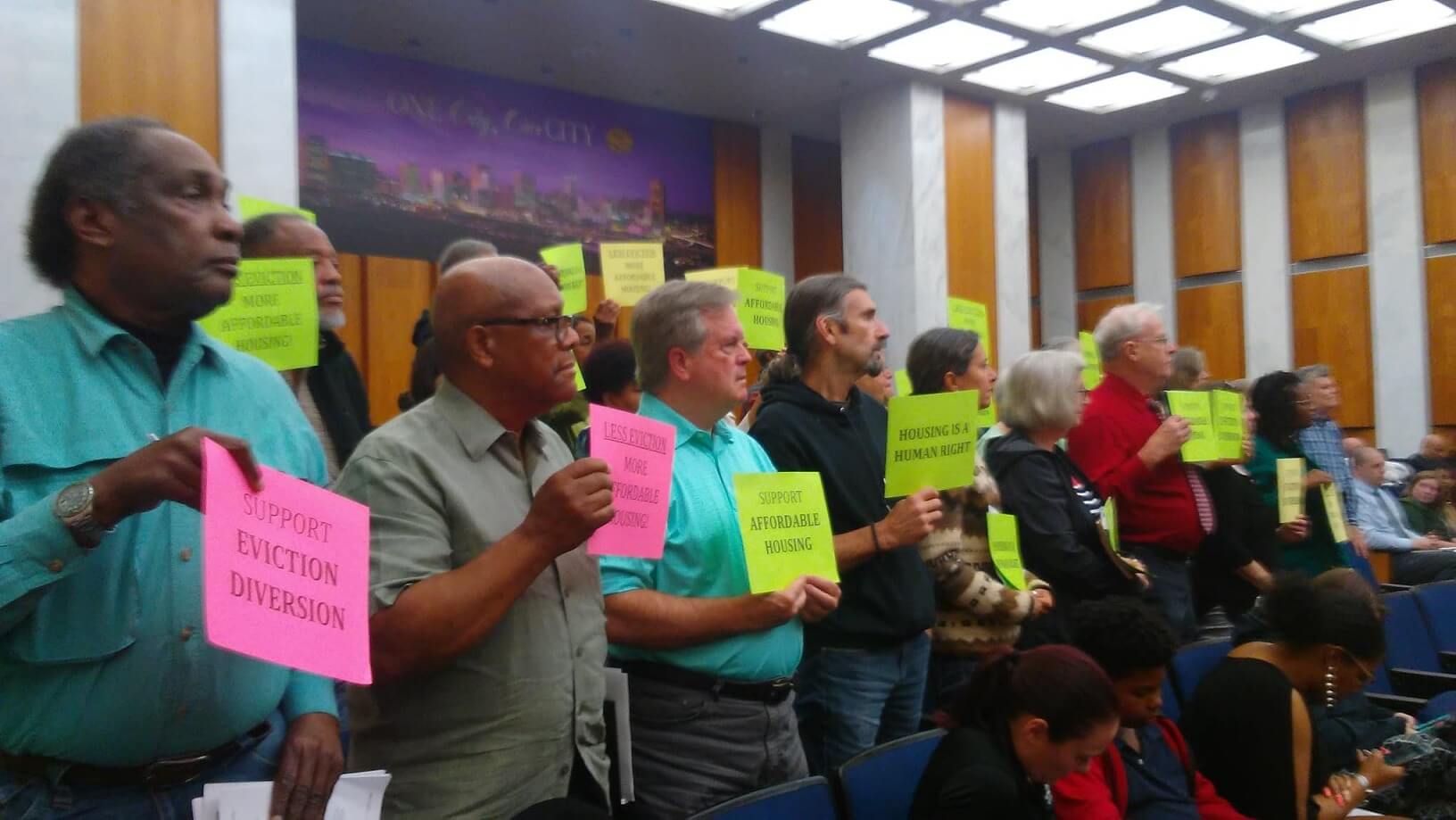 Janice Lacy had a job she loved transporting elderly and disabled people. But then COVID-19 hit and she was laid off in mid-March after the state of emergency was declared.

Despite daily efforts, promised unemployment checks have yet to flow, and Ms. Lacy has fallen far behind in her bills, including paying her rent and utilities.

“I’ve never been behind, but now I have a stack of bills I can’t pay and I’m worried,” Ms. Lacy, who also cares for other family members, told City Council Monday night.

Only moratoriums on evictions and utility disconnections have enabled her and her family members to remain in their home, but she has fallen into despair.

Some help could be on the way for Ms. Lacy and hundreds of other Richmond residents facing financial ruin because of the pandemic.

Mayor Levar M. Stoney announced Monday that $6 million in federal CARES Act money is being poured into a relief fund to partially stem the eviction flood that is about to hit the city. The funding will be focused on aiding Richmond residents like Ms. Lacy to avoid losing their homes as the result of coronavirus-related job losses.

One of the single largest appropriations ever for low-income housing, the city plans to distribute the money through ACTS RVA, a Henrico County-based nonprofit that works with people facing a financial crisis. The city funding would be a huge infusion for ACTS, which operates on less than $450,000 a year.

Opened in 2006, the organization is linked with 60 area congregations and other partners that provide financial support.

announced Wednesday and that the state Department of Housing and Community Development is to administer.

The relief effort is timely. The state Supreme Court on Tuesday lifted its pandemic-related hold on civil cases and directed lower courts to begin hearing cases, including evictions, on Monday, June 29.

At least 1,900 cases involving nonpayment of rent have piled up in Richmond alone, according to the city, including cases landlords filed prior to the governor’s declaration of a health emergency.

He said that in a city notorious for its large numbers of evictions, the backlog means the courts will be hearing double the number of cases normally heard and the number of homeless people is likely to expand.

Mr. Wegbreit said more than 1,300 eviction cases were set to be heard in the final two weeks of June before the state’s highest court temporarily shut down such hearings on June 8 at the request Gov. Northam. Those cases and more no longer will be delayed.

Mayor Stoney, who had been urged to act by a faith-based group, Richmonders Involved to Strengthen Our Communities, announced the $6 million contribution to the relief fund. That is about 30 percent of $20.1 million the city has received in federal dollars to cover pandemic-related costs.