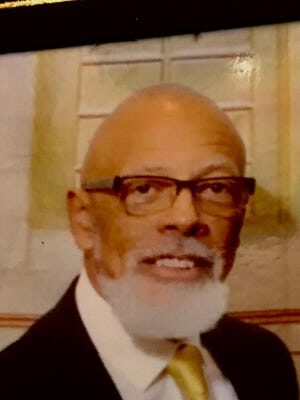 By James Wynn, guest columnist and Co-President of BREAD

The recent story under the headline “Columbus Residents Want Police Reform” (Dispatch, Jan. 24) states that 74% of Columbus voters supported a charter amendment creating a civilian board to review allegations of police misconduct.

Those voters supported real change, not window-dressing. But our elected officials will need to overcome some big hurdles to create a review board with the power to provide genuine oversight.

We know that a diverse, 16-member Civilian Review Board Work Group appointed by Mayor Andrew J. Ginther issued recommendations for the composition, functions and power of the review board. They recommended “broad, independent investigative powers,” while acknowledging that the collective bargaining agreement with the Fraternal Order of Police Lodge 9 might have to be changed “to fully empower the (Review) Board to compel attendance of witnesses and production of documents.”

We also know the law firm the mayor delegated to negotiate the police contract has reportedly met only once with the FOP about the contract as of Jan. 3, and that future meetings were put on hold because of COVID-19.

What we don’t know is when meetings between the city and the FOP will resume (using an online platform due to COVID-19). We also don’t know how hard the city will push for the Civilian Review Board to have the power to issue subpoenas and recommend discipline for police officers’ misconduct or make other systemic changes, or whether the community will have a voice in selecting members of the review board.

In addition, questions abound about the city’s resolve to achieve major change in policing. After the recent police killing of Andre Hill, an unarmed Black man, both police Chief Thomas Quinlan and Ginther expressed commitments to make changes, and the mayor recently removed Quinlan as chief.

Will Quinlan’s successor lead to a change in the culture of the Police Division to root out racial and gender bias? Or will he or she make cosmetic changes that maintain the status quo? In our research into other communities that transformed police culture, the chief of police usually plays an integral role.

Aside from removing the chief, what changes have been made since Hill’s killing? Will there be more changes? Is anything being done to identify and reduce racism within the police division, or to strengthen accountability for officers who use excessive force? What will the division do to build trust and legitimacy between the police and the communities they serve?

The fact is, Hill’s killing wasn’t an isolated incident. Columbus police have harassed and used excessive force against African Americans and Latinos so frequently and for so long without being held accountable that they have lost legitimacy in communities of color.

The city is now paying out millions of dollars in settlements because certain police officers have disregarded human life. It is spending $4.5 million for new body cameras that turn on automatically instead of disciplining officers who don’t turn on their cameras. Those millions of dollars could and should be spent on improving the lives of residents who need decent affordable housing, training to obtain good-paying jobs, and other basic necessities.

B.R.E.A.D., the coalition of 41 diverse Franklin County area religious congregations Building Responsibility, Equality and Dignity, will continue to research best practices for changing police culture and oversight. Then, we will use the power of organized people to press the city to implement those changes. If there is an effective change of culture within the police force, and it works to improve its relationship with communities of color, it would prevent senseless killings and over policing practices.