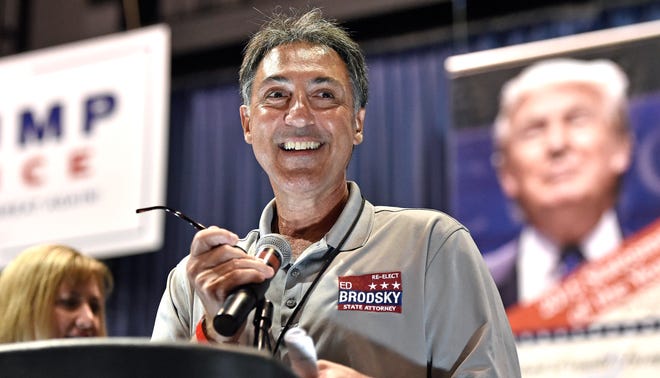 OPINION: Civil citation program in Sarasota County makes too much sense not to implement

A person walks into Walmart, steals some Easter candy for their children and is arrested on charges of petit theft.

The cost to process that arrest would be around $5,000, and yet another first-time offender is left to navigate their way through a court system already overburdened with too many people just like them.

The arrest would also leave a permanent blemish on the person’s record, making it difficult to rent an apartment, obtain a credit card with a reasonable interest rate and secure a job. In the larger picture, this negatively affects the entire economy.

There is a better, more sensible, solution to this approach. It’s called the civil citation program.

The civil citation program should be implemented in Sarasota County for adult first-time offenders charged with nonviolent misdemeanors. Most counties in the state already use it for juvenile offenders, and there is little downside to it.

Misdemeanor charges related to guns, domestic abuse, sexual abuse and drug possession with the intent to sell would not qualify for the program. Nonviolent charges such as petit theft, trespassing and marijuana possession for recreational use would. There are many in this category.

A civil citation issued by law enforcement is essentially the same as receiving a traffic ticket. It’s not an arrest, but it’s not a get-out-of-jail-free card either.

There are consequences for criminal violations of the law, but those consequences would be faced much sooner through a more streamlined process, and a person is not left with a blemished record that haunts them for life.

Instead of an arrest and the corresponding criminal stamp it leaves on a person, fines, community service, anger management classes and rehabilitation for drugs, alcohol, sexual and gambling addictions would be immediately issued and enforced as punishment.

It’s like driving to St. Petersburg from Sarasota. Why go through Tampa when you can reach the same destination much faster, and cheaper, by taking the Skyway?

The average cost to process an arrest for a juvenile is around $5,000, according to a study. An adult arrest for a misdemeanor is roughly the same. The cost to issue a juvenile civil citation is about $400. The savings to taxpayers in a program that would cover all offenders would be substantial.

On Monday night, via Zoom, Laurie Etter is leading an informational meeting on the program. A 40-year veteran in corrections, she is the co-chair of SURE, which stands for Sarasota United for Responsibility and Equity.

She says at least 500 members from 22 churches in Sarasota will be attending the meeting, along State Attorney Ed Brodsky, Sarasota County Sheriff Kurt Hoffman and Sarasota Police Chief James Rieser.

The call to implement the program would be Brodsky’s to make, and Etter says he has indicated a willingness to do so.

“It saves money, it saves people’s lives and it makes sense,” she said.