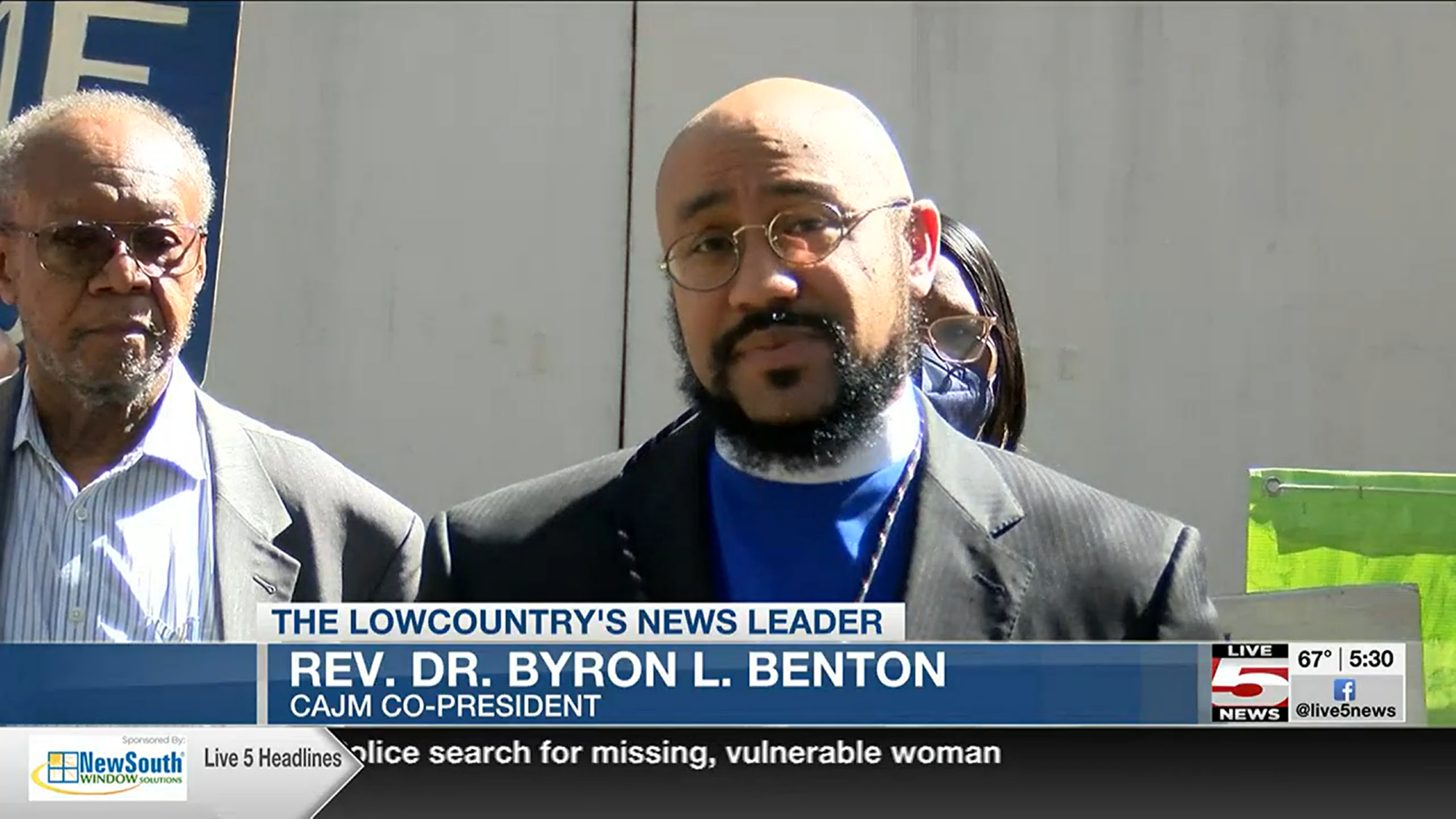 CHARLESTON, S.C. (WCSC) – The Charleston Area Justice Ministry wants the Medical University of South Carolina to provide funding for mobile medical units it says would be a game-changer for the community.

Since October 2020, the group has been working on a campaign to have the MUSC provide the units to the Franklin C. Fetter Healthcare Network.

The organization, which is made up of 38 congregations in the Charleston area, held a rally Monday to invite MUSC to their annual Nehemiah Action on April 4 at the Charleston County School District 4 Regional Stadium in North Charleston to state where they stand on the campaign.

CAJM officials say they met regularly in 2021 with leadership from MUSC and Fetter. In June 2021, the CAJM said MUSC leadership committed to funding the units, but a month later, they said MUSC denied making that commitment.

Since the start of 2022, CAJM members claim they have sent dozens of emails and left voicemails with no response from MUSC leadership.

The project’s proposal says the estimated price would be $815,000 for the units and one year of personnel costs.

“Our ask was for these primary care units to go out in the community,” CAJM healthcare steering committee member Julia Eichelberger said. “And we will not stop. We will not give up on our campaign until we achieve that.”

The CAJM said the goal of these units, which would essentially be doctor’s offices on wheels, would help people who have trouble accessing healthcare because of cost, transportation barriers, or a lack of trust. This became a priority for the organization after hearing the problems of almost 1,000 community members, many of whom expressed challenges accessing healthcare.

“We know for a fact that over 100,000 people in the tricounty area don’t even have insurance. There are many who suffer in silence because we don’t talk about these things,” the Rev. Dr. Byron L. Benton, CAJM co-president and senior pastor of Mount Moriah Missionary Baptist Church, said. “They go to the ER as if that’s primary care, and that’s not sufficient and it’s not fair to them.”

Stephanie Pope Singleton is a member of the CAJM healthcare steering committee. She says giving people access to providers that look and speak like them will give a better health outcome.

“Patients are presenting to the emergency rooms at astronomical costs to the hospitals and therefore the communities, because they are going with their hypertension untreated, their diabetes untreated, and these are simple things that can be managed if they had access to healthcare in a primary care provider,” Singleton said.

CAJM said even if MUSC does not want to fund the mobile units, they still want MUSC leadership to attend their Nehemiah Action to explain why.

“We urge and invite and call upon MUSC to be part of this kind of conversation to let us know where they stand on our campaign to bring healthcare to more people and you know if they have no capacity to support it, we’d like to understand that,” Eichelberger said.

MUSC understands the need and embraces a truly collaborative role in improving access to health care for underserved individuals and communities. We continue to seek and engage with local and statewide partners, including Fetter Health Care Network, to create sustained, positive impact regarding community outreach initiatives.

Woolwine also said MUSC provides more unfunded care than any other health system in its markets statewide. The magnitude of support by MUSC is roughly $142 million for underfunded patients and MUSC strongly advocates for the use of its telehealth system for the right care in the safest location of approximately 300 sites all over the state, Woolwine said.

“Our statewide Healthy Me – Healthy SC program with Clemson serves rural and underserved communities in the areas of chronic disease, behavioral health, cancer screening, and maternal/infant health across the state,” she said.