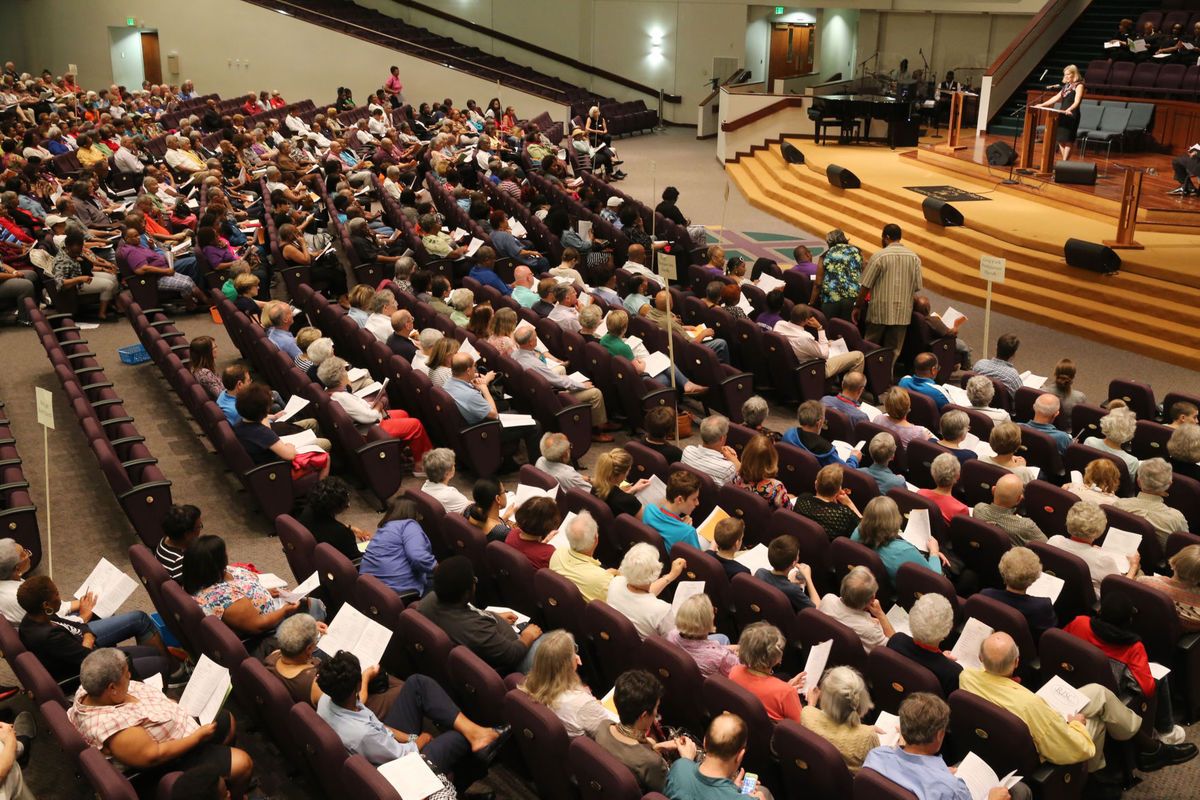 The time during the evening assembly had arrived for Henrico County Public Schools officials to approach the stage inside St. Paul’s Baptist Church.

“Are they here? Is the School Board here? Do they care?” pressed Ralph Hodge, the pastor of Second Baptist Church of South Richmond and co-president of Richmonders Involved to Strengthen Our Communities.

RISC, an interfaith group consisting of 17 congregations in the Richmond region has, for two years, pushed Henrico County Public Schools to pilot a teaching strategy called direct instruction at an elementary school struggling with Standards of Learning reading scores. That call was renewed last Monday during the group’s annual Great Nehemiah Action Assembly. Henrico schools officials were invited to attend and commit to the group’s request, but, to the disappointment of the several hundred people gathered in the sanctuary, none of them attended.

“Honestly, we’re just a community group that’s trying to see all of our kids succeed regardless of their race or background,” said Brenita Younger, who co-chairs the group’s education committee.

The group vowed persistence and intends to flood the School Board’s next meeting, as it did last year.

Individual requests for comment last week from all School Board members were not returned. Instead, spokesman Andy Jenks responded to emailed questions on behalf of the school division and board members.

Jenks noted that school district officials attended RISC’s annual gathering in each of the last two years, and that three School Board members accompanied RISC on visits to a Baltimore school that incorporates direct instruction, a method of teaching that introduces skills through scripted lectures and groups students by their level of learning.

The school division, he said, doesn’t intend to implement the program in the way RISC has suggested.

“We believe our current efforts already include elements of that program as well as many other research-based practices. We’re not convinced that spending money on another program is the answer,” he said. “Having more trained support in classrooms is key.”

Nineteen Henrico schools, largely in the eastern part of the county, lack full state accreditation from the Virginia Department of Education. Seven of those are entirely unaccredited.

Last year, 78 percent of students in Henrico were at least proficient in reading, according to the most recent Virginia Department of Education data. But that figure was 62 percent for students considered economically disadvantaged.

RISC holds house meetings each year where they gather input from residents about pressing community concerns. Elementary school literacy in Henrico arose as one cause from these meetings.

The group researches practices to address issues it has identified and formulates plans that it ultimately pushes decision makers to adopt.

Last year, the group spearheaded a successful effort to create a pipeline into health care jobs at HCA Virginia and VCU Health.

This year, RISC has also turned its efforts to childhood mental health in Chesterfield County. On Monday, Donna Dalton, Chesterfield’s schools’ chief academic officer, pointed to initiatives the division has undertaken to assist students who experience trauma and agreed to meet with RISC for an update in September.

RISC is pushing Henrico to pilot direct instruction for K-2 students at Glen Lea Elementary. In the 2015-16 academic year, 53 percent of students were at least proficient in reading, according to education department data.

Laura Bornfreund, director of early and elementary education policy at nonpartisan Washington think tank New America, said the instruction is most effective in high schools where students are older and have longer attention spans.

“The worst thing that could happen would be that a teacher would just be talking at children, particularly young children, for 30, 40 minutes,” she said.

Jenks noted that the School Board has spotlighted literacy efforts during presentations in monthly meetings including a teaching model that’s being piloted in three eastern Henrico elementary schools where teachers, Title 1 instructors and specialists, among others, work on reading with small student groups.

“No extra money, no extra staff at this stage. It takes some innovative scheduling to make everyone available at the proper times, but it’s been worth the effort. We hope to expand it,” he said.

He added that the school division objected to the format of the large gathering and said it was “fair to say we differ with RISC on the most productive way to have such an important and meaningful discussion.”