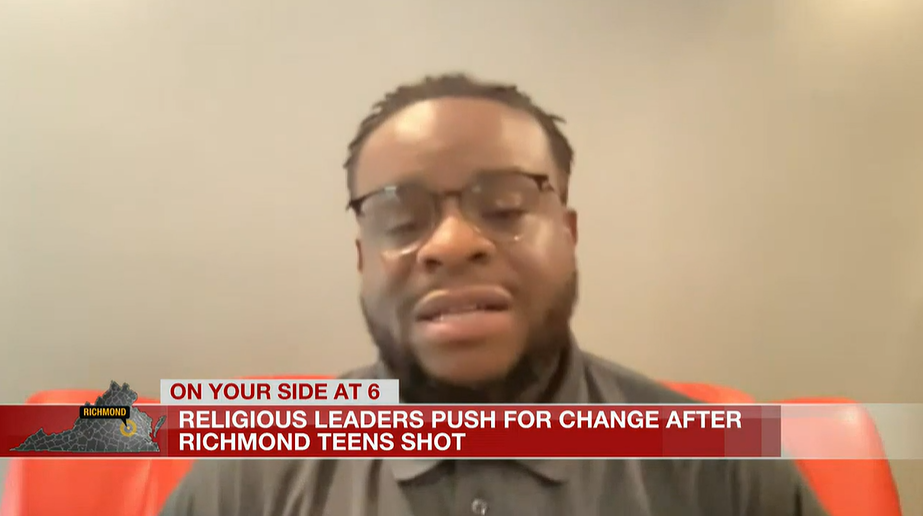 Richmond, religious leaders call for more to be done about youth gun violence

RICHMOND, Va. (WWBT) – A trio of shootings involving Richmond youth is forcing those with Richmonders Involved to Strengthen our Communities (RISC) to renew their call for significant changes to save lives.

“I think that the city really has to take a good look at what it’s doing and is it really having a significant impact,” said Pastor Marvin Gilliam, RISC Gun Violence Steering Committee.

“I think that’s an important part, but I think what we will find is also that it’s really like a long-term solution, and we really need something that’s going to help us in the shorter term,” said Pastor Gilliam.

RISC is pushing the city to implement a group violence intervention program, a three-pronged partnership between community members, law enforcement and social service providers to talk with those driving the violence.

“Children deserve neighborhoods where they can ride their bikes and simply be kids, right? And when a person pulls out a gun and fires it, it takes that away from our kids,” said Mayor Levar Stoney, City of Richmond. “We will continue to focus on how do we close the gaps on for our youth as well when it comes to being tough on the root causes of crime.”

U.S. Senator Mark Warner, at an event in Richmond Tuesday, said Congress has helped at the federal level this year, but more still needs to be done, including addressing mental health issues.

“We’ve got to have police forces that are fully funded, be able to catch and prosecute these criminals. You take the shots. It’s not a drive-by. This is a crime,” said U.S. Senator Mark Warner, (D) Virginia.

Meanwhile, the city has also finally hired a trio of violence interrupters. Those are folks who are tasked with curbing violence before shots ring out.