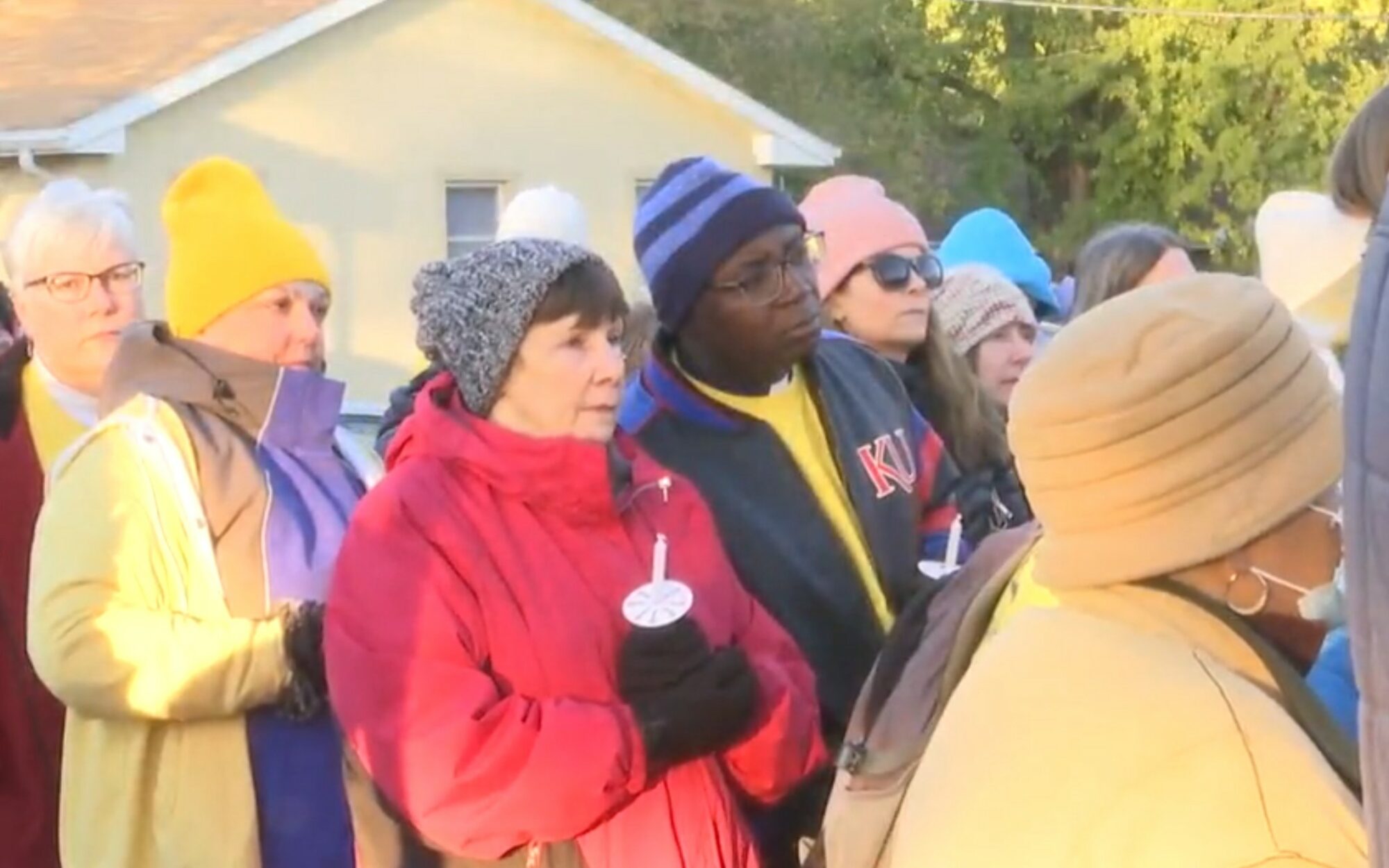 By Matthew Self and Jake Kaufman, KSNT

Members of a local organization are working to make their voices heard as they call for change following a recent uptick of violence in the capital city.

Topeka Justice Unity & Ministry Project, better know as JUMP, believes that for Topeka and Shawnee County to remain a safe place to live city and county leaders need to follow through with a strategy approved in 2018 and 2019.

Police signed off on implementing the plan but, in light of the recent violence taking place in Topeka and multiple police shootings, co-chair of Topeka JUMP, Anton Ahrens, feels law enforcement hasn’t kept up on it’s end of the deal.

“It’s a question of what city do we want to live in here in Topeka? Do we want a city that only responds to violence after it happens with the police and other emergency personnel, or do we want a community that actually plans and tries to reduce violence,” Ahrens said.

Topeka JUMP members, along with about a hundred members of the community, gathered at Fellowship Hi-Crest for a candle lighting. This was followed by a peace walk to Southern Hills Mennonite Church where they held a prayer vigil.

“This event is a way that we allow Topekans to get involved in their own community and issues that are important to them,” Ahrens said. “Certainly, these shootings I think have been disturbing at least, and terrifying at most to many Topekans.”

While the number of recent shootings may seem alarming, Topeka Police Chief Bryan Wheeles said year-to-date violence is actually down in the city.

“We certainly know that shootings are down from last year’s record low at this time,” Wheeles said. “Sometimes when you have a couple series of events back-to-back, it kind of makes you think that there’s more crime then there actually is. At this point we are still trending below last year’s record level for shootings.”

Wheeles approves of Topeka JUMP and their grassroots efforts to shine light on problems in the community and wants people to know they can always talk to the group.

Wheeles adds only time will tell how many murders the city sees this year. In the meantime, things are on pace for overall low numbers.