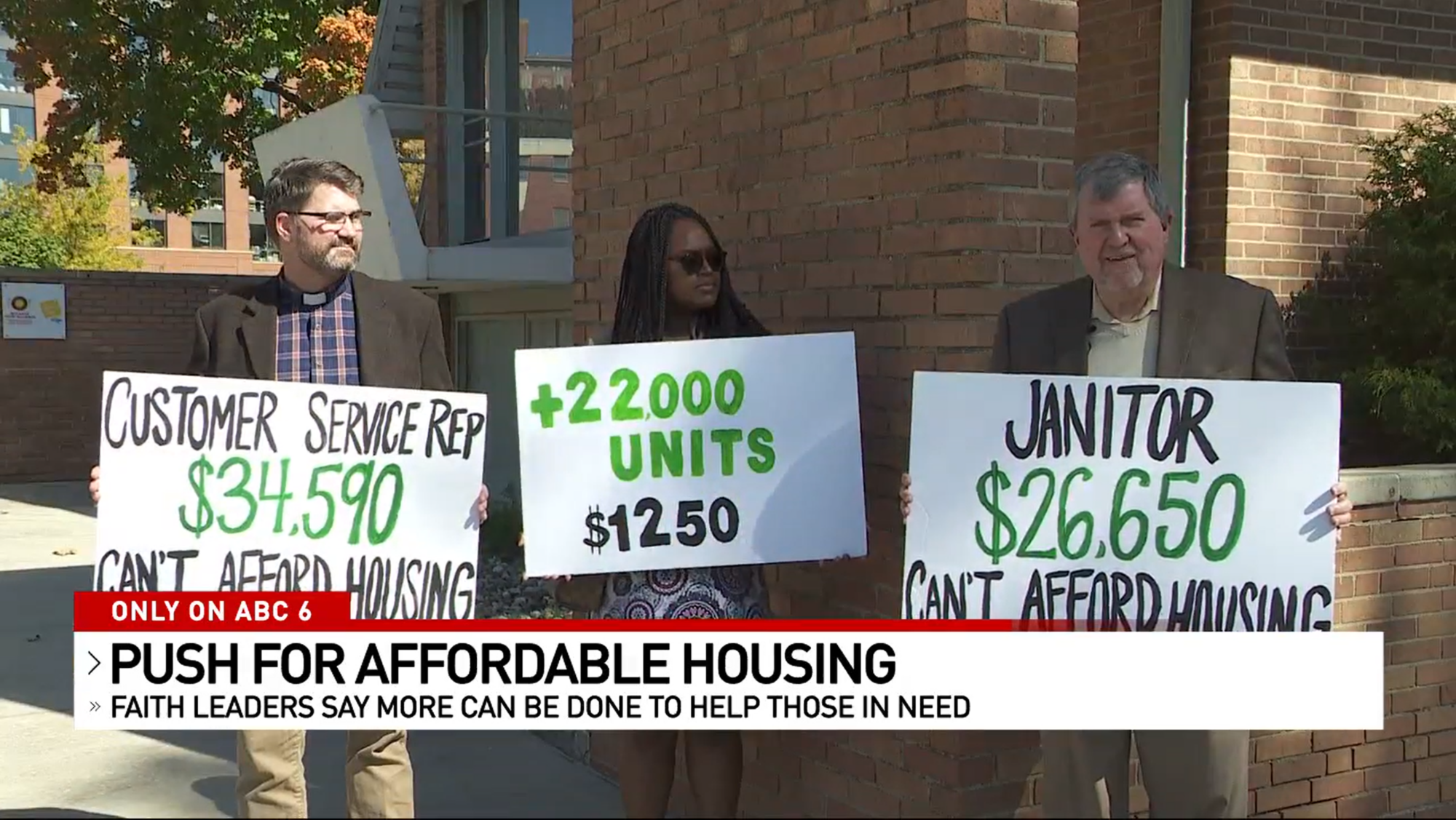 COLUMBUS, Ohio (WSYX) — Some pastors are taking to the streets to advocate for affordable housing in central Ohio. Tuesday members of BREAD—Building Responsibility Equality And Dignity stood outside the St. Stephens Episcopal Church at High and Woodruff Avenue with signs to catch the interest of passersby.

Father Karl Stevens said there are increasing numbers of people camping on the church property near campus because they cannot find housing.

Faith leaders said Columbus and Franklin County are “sitting on millions of dollars they could be using for funding housing solutions.”

“We have solutions, there is just no political will to act on them,” Stevens said.

“The problem is even though people are working they can’t build the resources that would allow them to pay a deposit on an apartment,” Stevens said.

“It is heartbreaking to hear about that. And getting to know people and joining their struggles means your heart is involved in their lives in a way that can sometimes break it when bad things happen to them,” said Stevens.

Reverend Charles Leister with New Beginning Christian Center on the east side said they are seeing rising numbers of people dealing with homelessness and housing issues. Leister said they are pressing Columbus and Franklin County to allocate one-third of the American Rescue Plan dollars for housing solutions.

“Our concern is the funds are there. Are we using them effectively,” said Leister.

The pastors said people may be working, but their salaries aren’t able to cover housing along with the other bills that are going up.

“There are some of us in the middle class that have been impacted, not only in terms of food and gas, and so on, but in terms of rent, affordable rent,” Leister said.

Leister said many are trying to navigate kinship care, like grandparents raising grandchildren. “They are facing significant impact in terms of knowing where to go, what to ask for.It just has gotten worse with the pandemic and with inflation it just continues to increase the size of the issue,” said Leister.