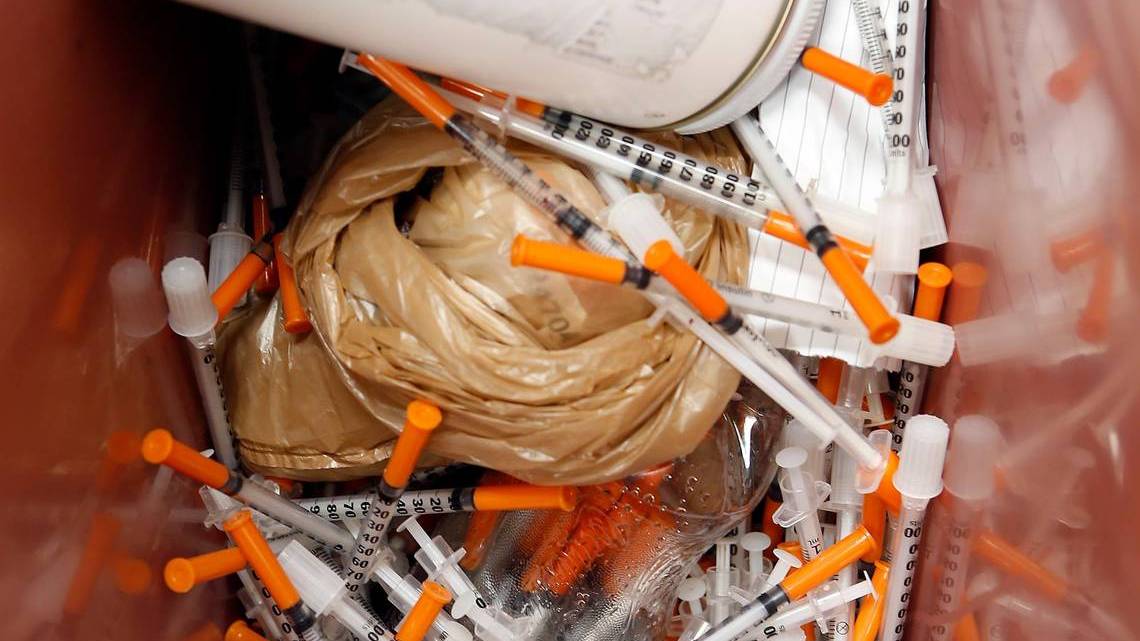 Only about 11 percent of the Americans who needed specialized treatment for a substance abuse disorder in 2016 received it, which tells us that B.U.I.L.D. has again zeroed in on an urgent need: How to expand access to treatment in Lexington.

Alarmed by a doubling in fatal overdoses in Lexington in three years, the coalition of 26 religious congregations is seeking an expansion of Lexington’s needle-exchange program as a way to stem the spread of blood-borne diseases, steer more people into treatment and save money on health-care costs.

The needle exchange operated by the Lexington-Fayette County Health Department hasrecently expanded its hours, opening two days a week now, and is partnering with a second agency to provide counseling and referrals to treatment programs. (The program which has a separate entrance at the health department on Newtown Pike is open from 3 p.m. to 6 p.m. on Wednesdays and from 11 a.m. to 4 p.m. on Fridays.)

After researching the issue, B.U.I.L.D. is recommending even more needle-exchange hours and in multiple locations, along with a dedicated staff of drug and alcohol counselors, peer support specialists and — very important — dedicated treatment spots.

B.U.I.L.D. found a receptive ear in Fayette County health commissioner Dr. Kraig Humbaugh, although not a ready source of money to pay for the improvements the organization is seeking.

Since opening in September 2015, Lexington’s needle exchange has served 2,800 clients in 13,000 visits, including almost 900 visits in April, the most of any month. The program safely disposes of needles that have been used to inject drugs and supplies clean ones. The main purpose of a needle exchange is to prevent the spread of communicable diseases such as hepatitis C and HIV. Of the clients in Lexington who have opted to be tested, 45 percent were diagnosed with hepatitis C and began treatment for the disease which attacks the liver. The needle exchange also has distributed 1,300 naloxone kits, a medication that reverses opioid overdoses.

Since April 2016, just 129 of those 2,800 clients have been referred to treatment programs. B.U.I.L.D. hopes that with more support the needle exchange can be the vehicle for reaching even more people and steering them into treatment and, sadly, in the case of opiates, back into treatment, since repeated attempts are usually required to control an addiction to prescription painkillers, heroin or fentanyl.

Lexington recorded 162 fatal overdoses in 2016, up from 81 in 2013. While public alarm at the opioid epidemic is high, Lexington and most of Kentucky seem to lack a coordinated plan of attack. B.U.I.L.D., which has an impressive record of successes, should apply its usual persistence to bringing better coordination and more resources to fighting this plague.

That persistence paid off last week at the 18th annual Nehemiah Action Assembly, when about 2,000 people heard Mayor Jim Gray agree to contract with the National Network of Safe Communities to come to Lexington to analyze the city’s violent crime problem with an aim of reducing violence, a B.U.I.L.D. goal for several years.