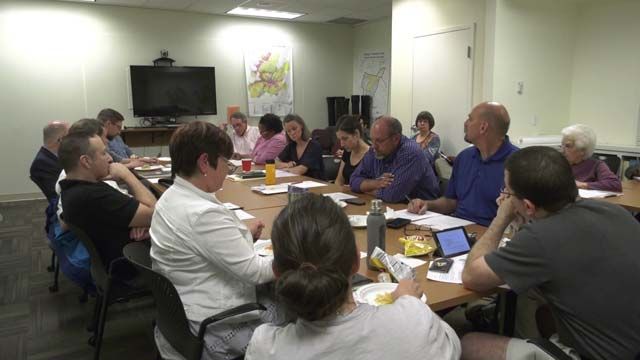 At its meeting on Wednesday, May 16, the full committee heard ideas from a religious-based group.

A group called the Interfaith Movement Promoting Action by Congregations Together, or IMPACT, has been conducting research in hopes of solving the housing crisis. The group says adopting new zoning codes could be the solution.

IMPACT says affordable housing is a fundamental problem that needs to be addressed at its roots. The group says the city should change legislation to incentivize developers to build more affordable units.

But Alex Ikefuna of Neighborhood Development Services says the city cannot change zoning code until the comprehensive plan is complete.

“Across the city, you know, builders, private developers, nonprofits with the potential of adding units by changes in the regulations – we thought that could make a difference,” says Albert Connette, who’s on the IMPACT affordable housing research team.

At Wednesday’s meeting, Vice Mayor Heather Hill suggested that the city work with Albemarle County to try and solve affordable housing issues on a regional basis.

IMPACT hopes to see some changes within the next six months.

The group says it’s set to meet with City Manager Maurice Jones about its plans in early June.